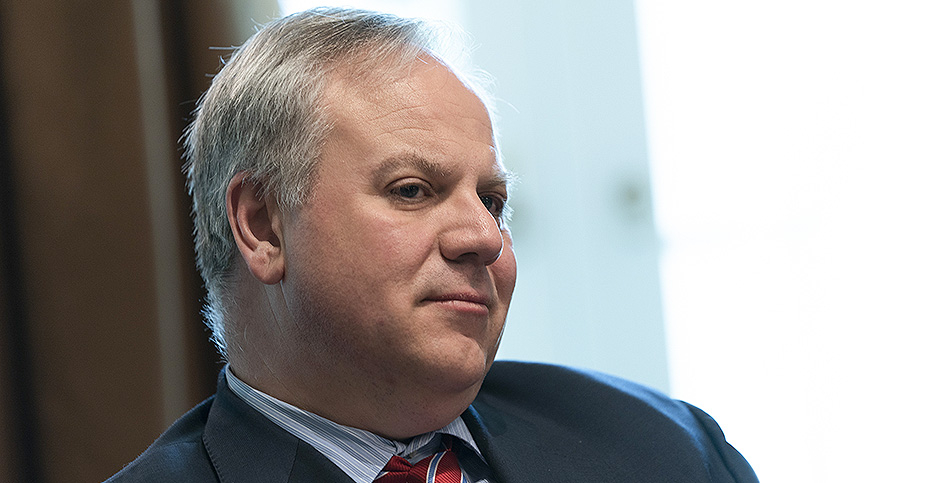 A nuclear detonation rocks the United States, and the Interior Department’s David Bernhardt must respond.

For about 90 minutes on a near-winter’s day, Interior documents show, Bernhardt had to help work through the nightmare nuclear scenario as part of a Department of Homeland Security tabletop exercise.

The scheduling documents do not detail how Bernhardt performed during the morning exercise held in Room 117 of a DHS headquarters building on Dec. 19, 2017. They do, however, help fill in the blanks of how the man who’s now acting Interior secretary has been spending his days.

It’s complicated, which is one of the reasons Democratic lawmakers and critics care about the Bernhardt calendars and related documents now being made public by Interior.

The documents show meetings abound, often with representatives of energy, mining and other industries. Advocacy groups like Ducks Unlimited get some time with Bernhardt, too, while he periodically ventures to Capitol Hill for one-on-one sessions with key Republican lawmakers.

Many of the scheduled meetings appear to be part of the everyday grind of government in action, such as Bernhardt’s March 5 session with Wyoming county commissioners or his March 12 drop-by with the Western States Land Commissioners Association.

His schedules include listings for "weekly meetings with ethics" that typically last between 30 and 45 minutes.

A lawyer and former lobbyist, Bernhardt faces particular scrutiny from critics and reporters keen on understanding his possible interactions with past clients and their policy interests.

Vander Voort added in a statement that the screening is meant "to ensure that he does not meet with his former firm or former clients to participate in particular matters involving specific parties that the Acting Secretary has committed to recuse himself from."

A review by CQ Roll Call found "at least 260 differences from [Bernhardt’s] original schedules, with the newest records showing meetings previously described as ‘external’ or ‘internal’ were actually with representatives of fossil fuel, timber, mining and other industries."

The probing in part has been stirred by an earlier paucity of information.

"Recent testimony from a senior official at DOI, as well as recent press reports, raise questions about whether you and other officials are adequately preserving records of your schedule and daily appointments," Democratic Reps. Raúl Grijalva of Arizona and Elijah Cummings of Maryland wrote Bernhardt on March 28.

Late last month, Interior turned over to the resources panel 7,137 documents containing 26,792 pages that included detailed calendars, day-ahead schedule previews and meeting proposal forms describing who has wanted to meet with Bernhardt and why (Greenwire, March 26).