Calif. aims to cut gas use in homes, stops short of ban 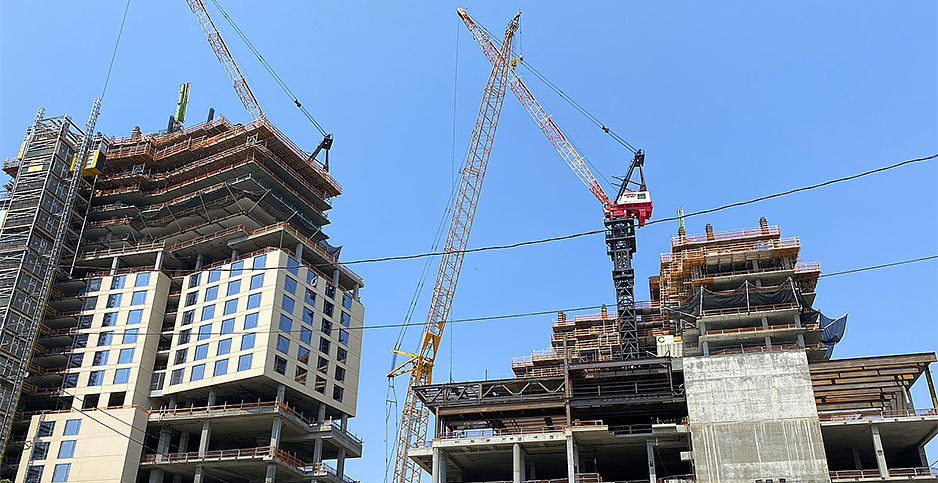 California regulators are drafting plans that would begin phasing out some gas appliances in new buildings in 2023. CashewCraver/Wikimedia

California’s energy bosses want to make it tougher to put gas appliances in new homes, but they aren’t planning to snuff out natural gas use.

The update, which would take effect in 2023, is the strictest in the nation in terms of energy efficiency, said Commissioner Andrew McAllister.

"We’re pivoting toward technologies that are really key for our long-term decarbonizing future in California," McAllister said during a phone call with reporters. "That’s a really momentous direction to be moving in."

The commission every three years retools a section of the building code dealing with energy efficiency. The proposal is scheduled to come up at a hearing later this month and for a vote in August.

Natural gas faces a dim future in California. The nation’s most populous state wants to eliminate most carbon emissions by 2045. More than 40 cities and counties in the Golden State have tightened rules on natural gas use in new homes. A few have banned it entirely, including San Francisco and Berkeley.

But the California Energy Commission isn’t planning to go quite that far.

The agency’s draft decision would require developers to include dedicated circuits and panels for electric space and water heating, cooking and clothes drying. They also must install the needed electrical equipment to add battery storage. And they must leave space for an electric heat pump if they don’t install one.

Environmental groups want to eliminate gas use in all new residential construction immediately, a move that they say would prevent new homes from releasing emissions for decades to come. Some green groups criticized the proposed code update as insufficient.

"We’re in a climate crisis. We have to stop building gas infrastructure," said Matt Vespa, attorney for Earthjustice. "Climate leadership isn’t about incrementalism anymore. We need bold aggressive action to get off fossil fuels and this was a missed opportunity."

The California Building Industry Association, a trade group whose members develop 85% of new buildings in the state, said the proposed code would raise costs. The state’s median home price in March was $759,000, according to the California Association of Realtors.

"CBIA is concerned with not just the current cost of a new home in [California], but the ongoing costs to the homebuyer as well," Christopher Ochoa, senior attorney with the group, wrote in an email.

He cited data from the California Center for Jobs and the Economy that said Golden State residential electricity prices are 63% higher than the rest of the country.

"Not a good look for going all-electric," Ochoa added.

However the Energy Commission says Californians use 31% less energy in their homes than the average American "due to nationally recognized energy efficiency standards for buildings and appliances."

About 80% of building carbon emissions come from space and water heating, McAllister said. The use of natural gas in buildings creates about 10% of California’s greenhouse gas emissions, according to the California Air Resources Board.

The California Energy Commission when it retools part of the state building code sets a "budget" for total energy use. The commission in calculating the budget makes certain assumptions, such as whether there are electric appliances for space and water heating.

The proposed upgrade creates an incentive to pick electric appliances, McAllister said. A builder who wants to include gas-fueled water or space heaters would need to make up for it in other places, such as "very efficient wall and attic assemblies, triple pane windows, more efficient than the minimum efficient water heaters and HVAC units."

"If they want to stick with previous technologies, they’re going to have to make allowances and do better in other areas," he added.

The goal is expanding manufacturing and adoption of electric heat pumps, which currently comprise about 5% of the market, McAllister said.

"We’re tilting the playing field very significantly toward heat pumps as a way to get that market scale," he said.

He said the commission lacks the authority to ban gas appliances outright. While cities and counties have banned or limited natural gas use in new homes, some have done so under different parameters such as health or safety issues.

"The local codes are also required to meet cost-effectiveness requirements that may pass in their climate zones but not others," Lindsay Buckley, a commission spokesperson, wrote in an email. "The statewide code must be designed to meet the needs of all climate zones."

There are 16 climate zones in the state, with different minimum efficiency requirements.

Vespa with Earthjustice said that while the commission can’t outlaw gas appliances, it could make it even tougher to put them in new homes. The energy "budget" in the proposed update in most cases assumes the use of one electric appliance for either space or water heating, but not both, he said.

If the commission had assumed both were electric models, "effectively it would have meant that almost all homes would be electric because it would be very, very challenging for them to put gas in," Vespa said.