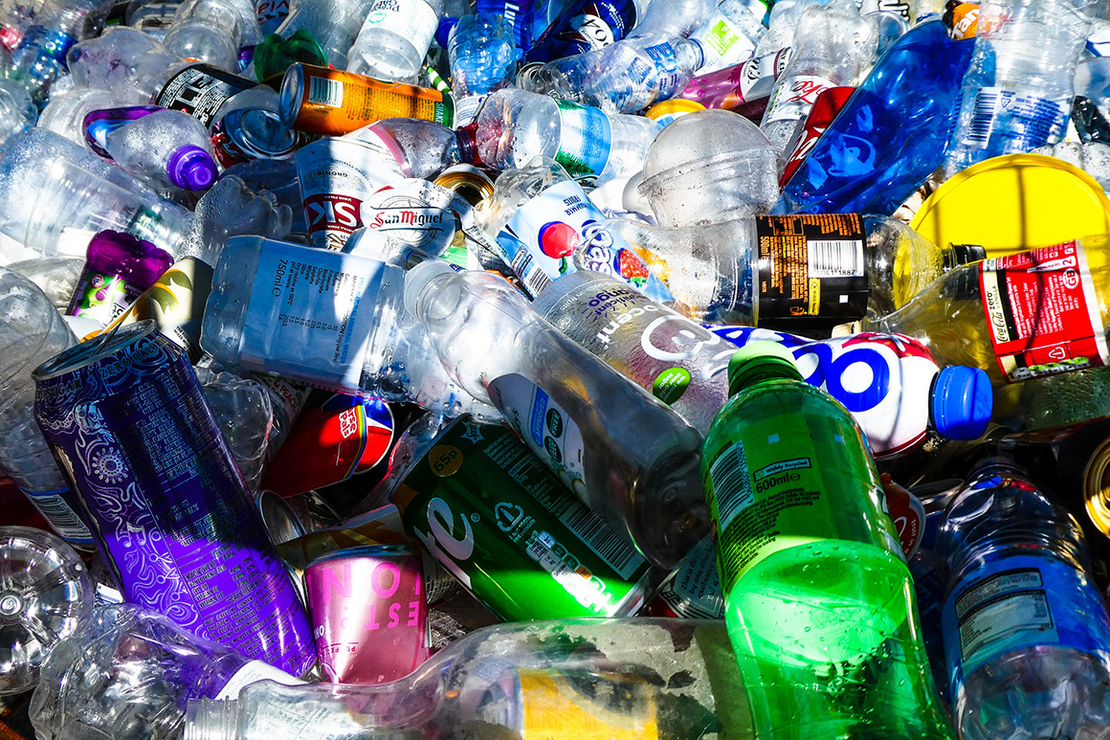 California Gov. Gavin Newsom signed a landmark plastics bill into law late yesterday, the latest in a dramatic series of legislative efforts by states cracking down on plastics in the absence of federal intervention.

After weeks of intensive lobbying, the California Legislature approved a plastics packaging bill, S.B. 54, that is now the nation’s most sweeping extended producer responsibility law — a major move toward shifting waste costs back onto manufacturers.

“Our kids deserve a future free of plastic waste and all its dangerous impacts, everything from clogging our oceans to killing animals — contaminating the air we breathe, the water we drink and the food we eat,” Newsom said. “No more.”

The law overhauls California’s approach to recycling and puts the state at the forefront of efforts to combat plastics pollution.

The law will also force industry sources to put $5 billion over the next 10 years into helping address plastics pollution. A fee on single-use packaging and food ware will go to state agencies and local governments to assist in their related work. The law requires producers to join a producer responsibility organization, or PRO, that must provide recycling plans approved by the states.

Versions of the law failed to pass in 2019, 2020 and 2021 in the face of opposition from some industry players. Members of the waste industry in particular had been divided over the bill, with the largest entity, Waste Management Inc., objecting to the bill in previous years, while the second-largest waste-handling company, Republic Services, has supported some versions.

But this year’s iteration also faced outside pressure. A ballot measure, the “California Recycling and Plastic Pollution Reduction Act,” would have proposed even more sweeping metrics, with 2030 as the deadline for requiring that all single-use packaging be reusable, recyclable or compostable. It also laid out an outright ban on polystyrene packaging, including Styrofoam. That ballot measure was gaining momentum, helping to solidify the coalition behind S.B. 54.

Supporters of the ballot measure agreed to withdraw it if Newsom signed S.B. 54 into law. Yesterday marked the last opportunity to do so, as measures can only be rescinded 130 days out from an election. That looming deadline created a flurry as the bill’s backers sought to mobilize and push the legislation over the finish line. S.B. 54 ultimately passed 67-2 in the Assembly and 29-0 in the Senate.

State Sen. Ben Allen (D) of Santa Monica, who authored the legislation, thanked the ballot measure proponents for their work “to force this issue,” which ultimately powered the bill. “In this time of extreme polarization in our nation, California was able to show that we can pass strong environmental legislation with bipartisan support that brought together the environmental and business communities,” Allen said.

S.B. 54 has backing from a broad coalition, but it also represents significant compromise. The American Chemistry Council saluted the withdrawal of the ballot initiative, and called S.B. 54 “not perfect” but “a better outcome” than the alternative.

“Now we will focus on working with lawmakers, regulators, and other stakeholders to help ensure the implementation of SB 54 matches its intent: eliminating plastic waste and improving plastics circularity, while minimizing costs on Californians,” said Joshua Baca, ACC’s vice president for plastics initiatives, in a statement.

Involvement from industry groups led to some backlash from environmental advocates who were otherwise supportive of the effort. The Natural Resources Defense Council, for example, only reiterated support after the bill included stronger provisions like ensuring “chemical recycling” would not be counted as a recycling option. Those recycling technologies, which strip plastics down to their chemical form for reuse, are controversial due to possible health and environmental impacts (Greenwire, Feb. 28).

“We supported it once we felt confident that the bill provides more gains than the ballot initiative addressing plastic waste,” said Victoria Rome, NRDC director of California government affairs.

“It’s hard to capture how momentous this feels,” said Anja Brandon, an Ocean Conservancy policy analyst who assisted with the bill text. “The United States is the No. 1 generator of plastic waste in the world and a top contributor to the ocean plastics crisis. We can’t solve this problem without U.S. leadership, and by passing this law, California is righting the ship.”

EPR bills targeting packaging are already on the books in Colorado, Maine and Oregon. Plastics have been a prime motivator in all of those instances, representing a growing national sense that the material must be brought under control amid spiraling pollution problems. EPA estimates that plastics recycling rates hover under 9 percent, while some advocacy groups have estimated them to be as low as 5 percent (Greenwire, May 4).

States have also increasingly tied plastics to climate issues, focusing on the fossil fuel product prized more and more by oil and gas companies as they face public backlash. In April, California Attorney General Rob Bonta (D) launched an investigation into the role fossil fuel and chemical companies have played in “causing and exacerbating” the plastics crisis, with the state issuing a subpoena to Exxon Mobil Corp. (Greenwire, April 29).

Such actions have played out as EPA has largely been quiet on the issue, despite appointing an anti-plastics advocate to head up pollution prevention efforts within its toxics office. Jennie Romer previously served as a legal associate at the Surfrider Foundation, which works on protecting oceans and beaches from pollution (Greenwire, Oct. 27, 2021).

Congress, meanwhile, remains mired in partisan squabbling over plastics legislation. The “Break Free From Plastic Pollution Act,” H.R. 2238, would enact a wide array of measures including an EPR packaging system. That bill was one of several under consideration yesterday during a House Energy and Commerce subcommittee hearing that devolved into partisan bickering as Republicans attacked multiple provisions targeting plastics (E&E Daily, July 1).

“We need more than blue bins in the face of this crisis,” Merkley said in a statement. “This resolution emphasizes the urgency of this situation.”

Some states are meanwhile facing setbacks as they seek EPR systems and other measures to combat plastics. EPR and packaging bills failed again in New York this year, amid divisions over issues like chemical recycling and recycled content minimums.

Heidi Sanborn, executive director of the National Stewardship Action Council, worked closely on the California bill and argued that its success hinged on compromise and “lessons learned” from prior failures. That included getting advocates and industry groups together to craft a solution, something that ultimately yielded success.

“Californians deserve systems that work, and with this enforcement tool and the producers being vested in the program’s success, I am confident this program will deliver,” Sanborn said.