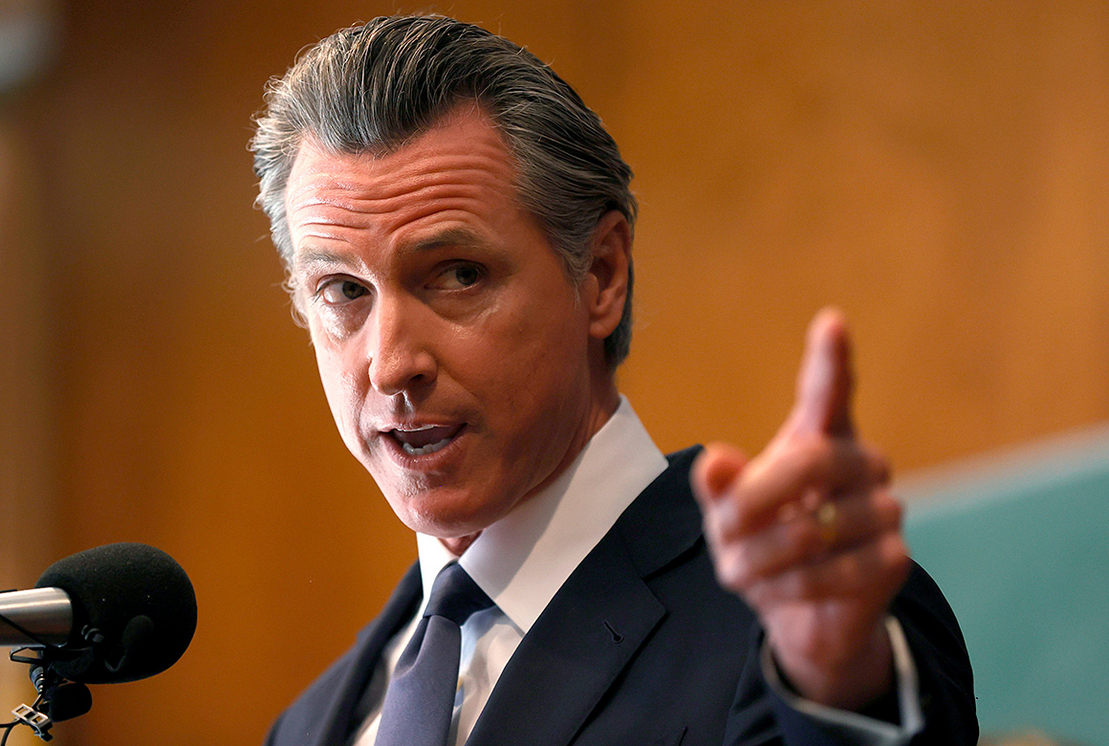 California Gov. Gavin Newsom is open to the idea of keeping the state’s last nuclear power plant running beyond its planned 2025 closure, renewing a debate about how best to achieve the state’s long-term goal of carbon-free electricity.

The Diablo Canyon Power Plant in San Luis Obispo County is set to shutter permanently as part of an agreement between Pacific Gas and Electric Co. (PG&E) and a number of environmental groups, anti-nuclear activists and others.

But Newsom (D) told the Los Angeles Times’ editorial board Thursday that the state would seek part of $6 billion in federal funds the Biden administration allocated for saving nuclear reactors facing closure. His comments sparked a flurry of opposition and questions about whether keeping the plant open is feasible.

The California Independent System Operator has cautioned that the state could see more power demand than supply during extreme events.

A Newsom aide refined his position on Friday.

“The Governor does not have authority over Diablo Canyon’s license — independent state and federal agencies have that authority,” Erin Mellon, a spokesperson for Newsom, said in an email, adding that Newsom supports “keeping all options on the table to ensure we have a reliable grid.”

That includes, Mellon said, “considering an extension to Diablo Canyon which continues to be an important resource as we transition to clean energy.”

“As for applying for federal funding, that is ultimately a decision for the plant operator. In the long term, the Governor continued to support the closure of Diablo Canyon as we transition to clean energy while ensuring the reliability of our energy grid,” Mellon said.

The policy discussion is taking place as the nation’s most populous state aims to shift its grid to 100 percent clean energy by 2045. The state faces a potential power crunch as climate change brings record-breaking and increasingly deadly heat waves. Diablo Canyon made up about 8.5 percent of the electricity generated in California in 2020, the California Energy Commission said.

The California Public Utilities Commission has ordered the biggest utilities in the state to secure more power to replace that provided by the nuclear plant. The CPUC in 2018 approved the pact between PG&E and the others on closing the plant.

“PG&E is committed to California’s clean energy future,” the utility said in a statement Friday after Newsom’s comments to the Los Angeles Times. “The people of PG&E are proud of the role that Diablo Canyon Power Plant plays in our state. We are always open to considering all options to ensure continued safe, reliable, and clean energy delivery to our customers.”

The focus of debate is a new DOE program aimed at providing grants to operators of financially hard-hit U.S. nuclear plants, to help them keep operating (Energywire, April 20).

Of the 93 operating U.S. reactors, just three meet qualifications of the first tranche of assistance — one at the Palisades plant in Michigan slated to close in May, and Diablo Canyon reactors 1 and 2 in California, with planned closing dates of November 2024 and August 2025, respectively. DOE has said future awards will not be limited to reactors with scheduled shutdowns.

A top energy executive from Entergy Corp., which owns the Palisades plant, confirmed last week that the facility remains on schedule to close May 31 (Energywire, April 28).

While owners of the Diablo Canyon reactors appear to be open to extending the life of the California facility, doing so would require the state to reopen a closed regulatory settlement with several advocacy groups, said Timothy Fox, a vice president at ClearView Energy Partners LLC.

PG&E and the Nuclear Regulatory Commission also would need to expedite a license renewal process, which Fox called a “hard sell” in a state that’s prone to earthquakes. There also are market challenges.

“High uranium prices could undermine the benefits of the DOE program, too. Therefore, we think the plant is likely to close as scheduled,” said Fox.

Other hurdles to keeping Diablo Canyon open include a state edict to phase out electricity generation that uses ocean water for cooling, as does Diablo Canyon, said Matthew Freedman, attorney at consumer group the Utility Reform Network. It was among the parties to the 2018 agreement on closing the plant. It’s also not economically practical to run the plant, Freedman said.

“PG&E reports having spent $1.2 billion on Diablo Canyon in 2021 with an average cost of $73 per MWh,” Freedman said in an email. “These totals do not include nuclear fuel, which increases the net costs to ratepayers. At this level of cost, Diablo Canyon remains uneconomic with alternative zero carbon resource options that provide equivalent capacity and energy value.”

“Decisions about the future of Diablo Canyon should not be made solely in Sacramento any more than they should be made solely in Washington,” said Democratic Rep. Salud Carbajal, who represents the state’s 24th District, which includes San Luis Obispo County and the Diablo Canyon facility. “And my constituents deserve better than a stop-and-go approach to the future of this facility.”

“If Governor Newsom is changing course, it is imperative for him to include the same community stakeholders who were a part of the decision to retire [Diablo Canyon] — including PG&E, environmental stakeholders, nuclear safety advocates, and labor — in any revisiting of that choice,” Carbajal added in a statement.

Democratic state Sen. John Laird, who also represents the San Luis Obispo region, said in a statement that “the shuttering of Diablo Canyon has been years in the making, with hundreds of millions of dollars already committed for decommissioning. Along with the residents of the Central Coast, I am eager to see what the Governor and federal officials have in mind.”

One Republican analyst said Newsom might be feeling pressure because he’s up for reelection and polls have shown he’s not as popular as he was previously. A March Public Policy Institute of California poll put Newsom’s approval rating at 56 percent.

“If he has a disappointing showing, that actually impacts what he’s really interested in, which is running for president,” Spillane said, adding that Newsom could end up running for president in the Democratic primary against Vice President Kamala Harris if Biden doesn’t run for reelection in 2024.

One of Newsom’s challengers in the governor’s race is Michael Shellenberger, a nuclear power supporter, who is running as an independent.

“It took rolling black-outs, a change in public consciousness, and my run for governor, but our six-year long effort to save the Diablo Canyon nuclear plant in California has finally succeeded,” Shellenberger said in an email sent to supporters Friday.

The fate of the nation’s nuclear fleet is front and center right now because the reactors currently are the only option for emissions-free baseload power. Many electric companies are closing coal plants and less-efficient natural gas plants and turning to renewable energy.

But solar and wind are intermittent, and battery storage paired with wind and solar is too costly right now to operate day in and day out, according to electric companies and others. Meanwhile, widespread offshore wind, next-generation nuclear, carbon capture and storage, and hydrogen technologies remain in development.

Having emissions-free nuclear power is a chief reason why the industry has pushed to extend the life of the nation’s existing reactors to an unprecedented 80 years. Electric companies, largely in the regulated Southeast, either have formally asked or plan to petition the Nuclear Regulatory Commission to run their fleets for that long.

Reactors in the organized, competitive markets like California are a different story. The falling costs of renewable-generated electricity and natural gas have rendered many aging reactors uneconomic because they cannot compete with the lower-priced resources.

Diablo Canyon is owned by a regulated electric company, while so-called merchant plants in competitive markets may not be tied to specific sets of regulated customers.

Newsom’s sudden push to use recently allocated federal money to keep the Diablo Canyon plant open is an example of the nation’s — and California’s — disjointed energy policy, one Wall Street analyst said.

The state is known for having among the most aggressive clean energy and climate policies in the nation. Yet if Newsom wanted to keep Diablo Canyon running for clean energy purposes, he could have acted before now, Patterson said.

“If carbon literally was your concern, safety issues aside, then you could have been taking steps earlier to keep various nuclear facilities open,” Patterson said, later adding, “I don’t know what made him wake up in the morning and think about this.”

Undoing a previous settlement to close the reactor and securing a license extension is a protracted, costly process that may take longer than 2025, Patterson said. It highlights the state’s protracted regulatory and legal atmosphere and drives home that a decision such as this could have been made without federal help, he said.

“California can deal with this on its own. It doesn’t need the federal government to solve this,” he said.