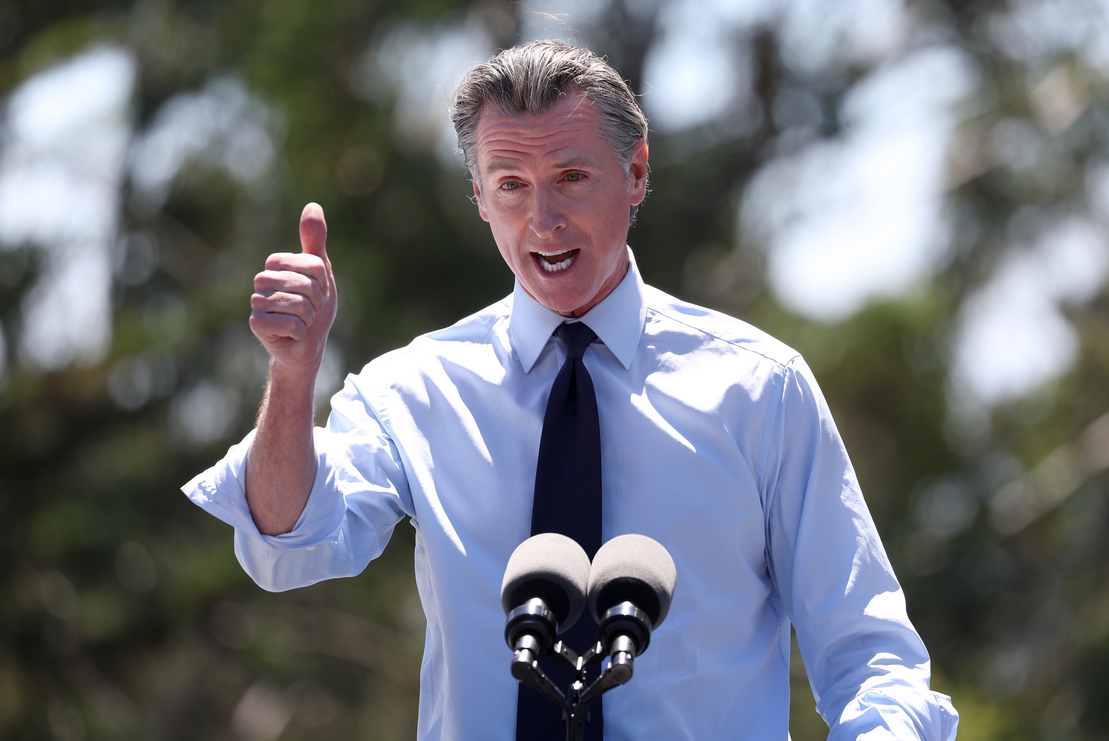 Newsom, at a bill signing ceremony today, noted that the state had just gone through an extended heat wave that shattered 1,000 previous records. It’s among the reasons the climate bills are needed, he said.

S.B. 1137, the bill requiring the 3,200-foot distance between new oil wells and homes, parks, schools and other locations, was a major priority for advocates representing low-income residents and communities of color.

As the state moves toward a fossil fuel-free future, state Sen. Lena Gonzalez (D) said at the event, “it is important and it’s imperative that these communities know, Latino, black, Indigenous, other people of color, that they know that their front-line communities will no longer be subjected to injustice, environmental injustice.”

Measures signed also included S.B. 1020, which sets new benchmarks in the state’s quest for a 100 percent green grid by 2045.

Newsom signed A.B. 1279, mandating carbon neutrality by 2045. That goal was included in an executive order signed by then-Gov. Jerry Brown (D) in 2018. But legislation passed by the Legislature and signed by a governor is stronger legally than an executive order, legal experts said.

Other bills signed include one expediting permitting for solar developments, one requiring record-keeping on the reliability of electric vehicle charging stations, one allowing people who live in apartments to invest in solar projects, and one barring enhanced oil recovery at wells where carbon sequestration is employed.