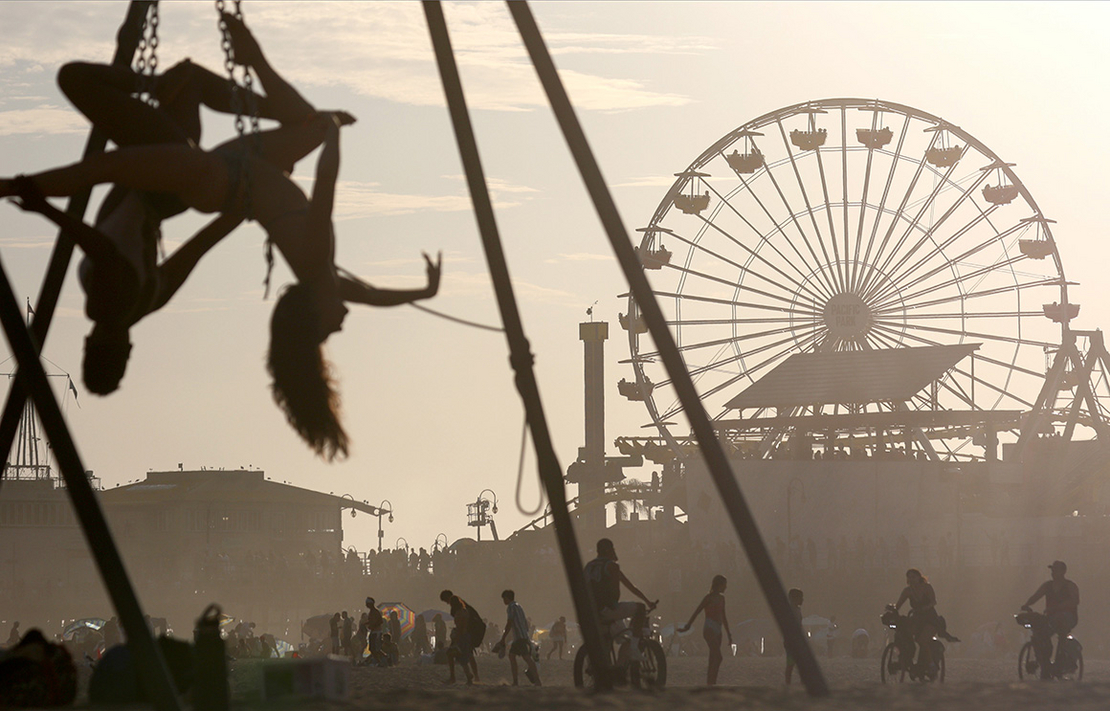 As of early evening, the lights had stayed on. But both the grid manager and the state Office of Emergency Services sent out repeated messages to people on cellphones and through social media asking them to cut back energy use — and warning that blackouts could happen at any time.

“With the hottest temperatures here now, the risk of outages is real,” Democratic Gov. Gavin Newsom said in a statement. ”We all have to double down on conserving energy to reduce the unprecedented strain on the grid.”

Sacramento, Santa Rosa, Napa and San Jose were among the cities that broke their all-time temperature records. Downtown Sacramento hit 116 degrees Fahrenheit, smashing the 114 F record set in the summer of 1925.

The California Independent System Operator, which manages the grid, issued an alert at 5:17 p.m. local time telling people that rolling blackouts were possible “as electricity supplies run low in the face of record heat and demand.” Peak electricity demand on the grid was forecast at more than 52,000 megawatts. If reached, that would set a new historic all-time grid high for power use.

Yesterday evening, the state Office of Emergency Services said the text messages it sent to residents’ cellphones made a difference in preventing blackouts.

The ISO “saw an immediate and significant drop in energy,” the office said in a statement.

But for a few hours last night, the ISO appeared poised to tell utilities to start cutting off people’s power on a rotating basis. If that had happened, it would have repeated the electricity shortages of August 2020, when an extreme heat wave prompted the ISO to order rolling blackouts for a few hours on Aug. 14 and a short period the next evening.

California has since beefed up the supply of battery storage and other types of green electricity, as it also seeks to make its grid carbon-neutral by 2045. While storage has increased, supply chain woes have blocked some renewable projects from coming online. The state in recent days has been running natural gas plants that were previously scheduled to retire.

The Budget Act of 2022 — which Newsom signed yesterday — also includes $315 million over two years to manage extreme heat and drought to prevent wildfires and to buttress programs aimed at growing the number of zero-emissions vehicles.

Yesterday was the eighth day in a row that the ISO issued what it calls a “Flex Alert,” asking residents to cut back on their power use. The alerts urge consumers to set their thermostats to 78 F or higher, avoid using major appliances and turn off unnecessary lights.

The heat, worsened by climate change, comes from a high pressure system sitting over the area, meteorologists said. That forces air towards the ground, which then heats the ground up. Yesterday also was warmer, in part, because it followed a long weekend of high heat.

“Under this system, the temperature right off or close to ground level is, like, in the 90s,” said Rick Canepa, a meteorologist with the National Weather Service office in Monterey, Calif. “The next day, the sun heats the ground and taps into that heat [at or near ground level and] causes the temperature to go up — skyrocket, in this particular case.”

California avoided rolling blackouts on Monday because residents and businesses were able to cut electricity consumption during the peak demand hours of 4 p.m. to 9 p.m., said Brian Ferguson, spokesperson at the California Office of Emergency Services.

But yesterday required even deeper cuts to prevent overloading the grid, as temperatures soared higher in some areas and residents headed to work after a holiday weekend.

“We were able to squeak by” on Monday, “but it looks like we have an even bigger challenge in front of us today,” Ferguson said in an interview yesterday afternoon.

To encourage consumption cuts on Monday, state officials leaned on programs that reward companies and individuals for turning off power when asked, known as demand response. But the state also hunted for additional sources of electricity in a kind of “dialing for dollars” effort, Ferguson said.

California Public Utilities Commission workers, state emergency officials and aides to Newsom called CEOs and other business leaders asking for help. Part of their message was that businesses could help people who needed the electricity, such as senior citizens and those on medical devices.

“We worked with folks like Kaiser [Permanente] and Anheuser Busch,” which sent messages to employees or switched their production to different hours, Ferguson said. Other companies used backup generators, taking themselves off the grid.

And in San Diego, Navy bases removed ships from the power connections at ports — or had them “sail out to sea,” Ferguson said.

Ocean breezes that cool the most populous areas of the Golden State aren’t as strong in September, said John Abatzoglou, a climatology professor at the University of California, Merced.

Solar power also isn’t at its maximum output. The sun isn’t as high during the day, and it sets earlier in the evening, right around the time people arrive home from work and need electricity, said Michael Wara, director of Stanford University’s climate and energy program.

Large hydropower also isn’t as available, given the state’s historic drought. Whatever water was available during earlier summer months has largely run out, Wara said.

And during a heat wave, people and businesses turn on their air conditioners — driving up energy demand during a month that has less energy supply.

As the climate changes, that combination could happen more frequently.

“September is a lot hotter than it used to be,” Wara said.