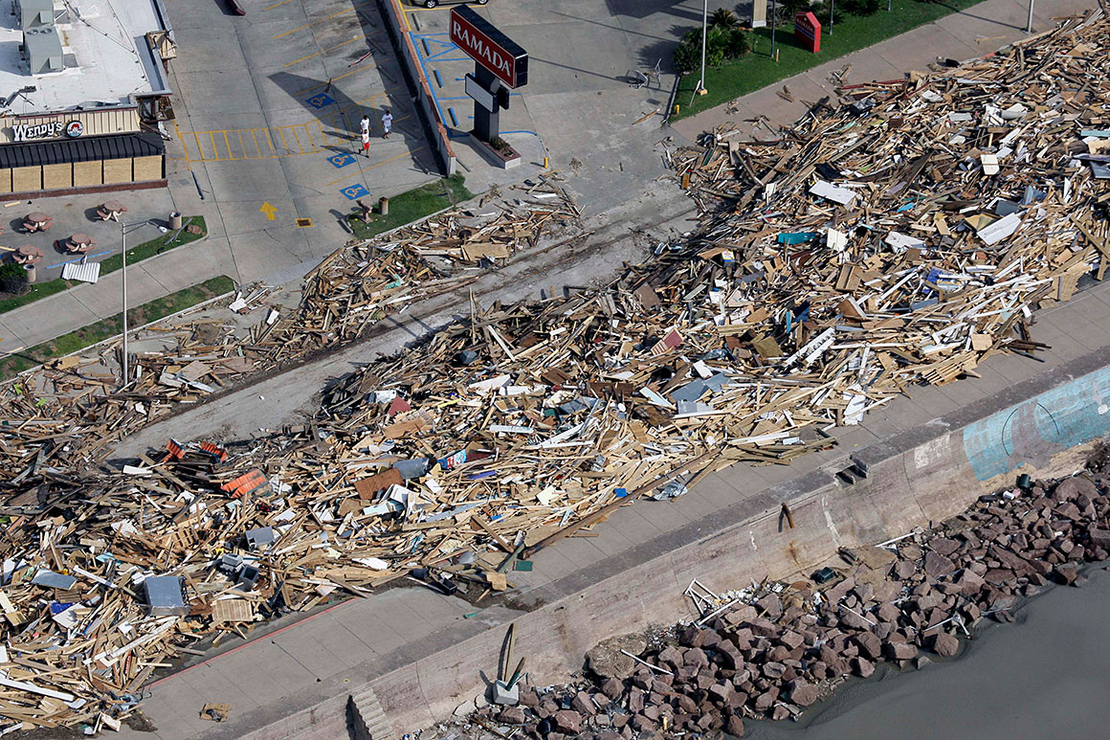 California, New York and Texas are the big winners from President Biden’s decision yesterday to give states an additional $3.5 billion to pay for projects that fortify communities against climate change and natural disasters.

Those three states will receive $1.5 billion combined — 44% of the allocation even though they constitute just 26% of the U.S. population.

The $3.5 billion announced by Biden will be split among all 50 states, five U.S. territories, three tribes and the District of Columbia for hazard mitigation projects such as demolishing flood-prone homes, building safe rooms for tornado protection and improving local drainage systems.

The Federal Emergency Management Agency will distribute the funds, which will cover 75% of the cost of any project. The remaining 25% must be paid by state or local agencies — a cost share that some states have struggled to come up with, forcing them to forgo millions of dollars in FEMA aid for hazard mitigation.

Biden’s announcement is unrelated to his push for Congress to approve a massive infrastructure bill that includes billions of dollars of new funding for state climate mitigation projects. It’s also unrelated to his recent announcement that he would allocate $1 billion this year through a new FEMA program called Building Resilient Infrastructure and Communities that helps pay for state and local mitigation projects.

Rather, the money approved by Biden through executive action has its origins in a decision President Trump made in March 2020 to give states, territories and tribes FEMA disaster aid to reimburse some costs related to the coronavirus pandemic such as overtime for public safety workers. Trump’s decision was unusual — but welcome by governors — because FEMA disaster aid typically has helped states recover from natural disasters such as hurricanes, wildfires and flooding, not from pandemics.

Even as Trump approved every governor’s request for coronavirus-related disaster aid, he made no decision on the governors’ simultaneous requests for supplemental FEMA funding for hazard mitigation. That decision also was unusual because presidents routinely give states that have received disaster aid additional money from FEMA’s Hazard Mitigation Grant Program for projects that reduce future disaster damage.

Biden also made no decision on the requests for mitigation grants — until yesterday when he approved all 59 requests.

Administration officials portrayed Biden’s action as an effort to address climate change, though the mitigation grants can be used to protect against all types of disasters including earthquakes, snowstorms and tornadoes, which are not clearly tied to climate change.

“States, tribes, territories, and localities will now receive the funding needed to treat the climate crisis with the sense of urgency it demands,” Homeland Security Secretary Alejandro Mayorkas said in a statement.

FEMA Administrator Deanne Criswell said the money would help “complete mitigation projects, strengthen our infrastructure, identify long-term solutions to these hazards and ultimately make a real difference in our communities.”

States, territories and tribes will receive a share of the $3.5 billion that is in direct relation to the amount of money they got from FEMA for disaster aid related to the pandemic.

Although the $3.5 billion is an unusually large amount of money for disaster mitigation, the money is far less than what it could have been.

Under federal regulations, FEMA gives disaster-stricken states a hazard mitigation grant allocation that is equal to 15% to 20% of the disaster aid they are expected to receive for a specific disaster. For example, FEMA gave Texas $820 million in hazard mitigation funding after Hurricane Harvey in 2017 based on a projection that the state would receive $5.5 billion in disaster aid for rebuilding.

However, Biden is giving each state, territory and tribe just 4% of the disaster aid it has received for pandemic-related expenses.

The allocations range from a high of $666 million for Texas to $168,000 for the Poarch Band of Creek Indians in Alabama.