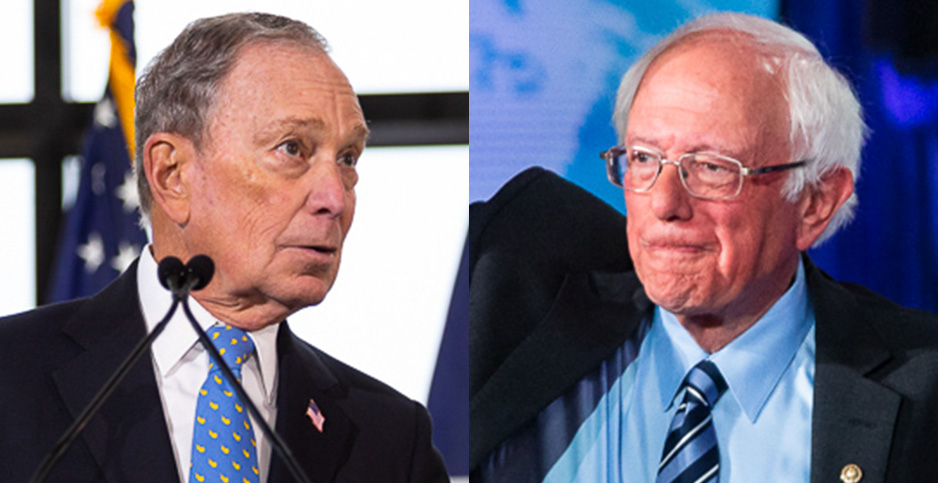 The Golden State moved its primary to Super Tuesday, March 3, and it offers the largest delegate haul of any state so far in the race.

That’s led two main contenders to parts of California that are predominantly Hispanic and typically receive scant attention from presidential campaigns: the Central Valley, the state’s agricultural hub, and the Inland Empire, east of Los Angeles, home to the warehouse and logistics industry.

Both areas have some of the worst air quality in the country.

That reality hasn’t been lost on two candidates squaring off there: Sen. Bernie Sanders (I-Vt.), a front-runner for the nomination after wins in Iowa and New Hampshire, and former New York City Mayor Michael Bloomberg, a latecomer to the race who is betting on big spending in Super Tuesday states.

Both have campaigned in the areas, and both have set up campaign offices and amassed a robust staff in the state.

"It’s significant that they are paying attention to the Inland Empire, and on top of that, paying attention to issues of sustainability as well as job quality," said Karthick Ramakrishnan, a public policy and politics professor at the University of California, Riverside.

"Sanders has the strongest ground game," he said, "but Bloomberg has a strong air game and a lot of endorsements form public officials."

California’s 415 delegates for the Democratic nomination are up for grabs in the March 3 primary, more than the combined total of the four earlier contests in Iowa, New Hampshire, Nevada and South Carolina. That’s key for Bloomberg, who has staked his candidacy on a strong Super Tuesday performance, after sitting out the first four states.

Sanders’ campaign said the Vermont independent has been targeting the state from the beginning. It has more than 22 offices open statewide, including in Riverside in the Inland Empire and several in the Central Valley, including Visalia and Bakersfield.

The senator also held a rally in Moreno Valley, also part of the Inland Empire, in December that was dedicated to his Green New Deal for climate change and other environmental issues — including beefing up Clean Air Act enforcement.

"Residents in the Moreno Valley," Sanders campaign spokeswoman Anna Bahr said, "are surrounded by massive diesel engine trucks idling in their neighborhoods, waiting to be filled with Amazon goods — and they are suffering serious health consequences."

The Inland Empire, about 60 miles east of Los Angeles, has become home to the country’s booming logistics and warehouse industry. That’s led to labor and environmental concerns, as idling trucks contribute to air pollution in an area that receives an F from the American Lung Association.

Sanders rolled out the endorsements of six environmental justice leaders in the Inland Empire last Friday, including some involved in that lawsuit.

"We are just trying to breathe," Allen Hernandez, executive director of the Center for Community Action and Environmental Justice, said in a statement, "and Bernie is a breath of fresh air."

Bloomberg, who has blanketed California’s expensive media markets with television ads, is selling his work cleaning up the air in New York City.

Williams, his adviser, said Bloomberg let the data drive his decisions as mayor, and he took steps others may have shied away from, like turning Times Square into a pedestrian plaza.

"A lot of the solutions that Mike is committing to to solve climate change will solve air pollution problems and have a big impact for the Inland Empire," Williams said.

She pointed to Bloomberg’s call for 100% emissions-free, electric new cars by 2035 and a clean truck vouchers program to encourage replacing older engines with newer, cleaner ones. He has also called for a "zero-emissions shipping hubs" program for low-income areas with high levels of pollution, such as the Inland Empire.

Bloomberg’s past work on these issues has gotten the attention of key California officials.

Mary Nichols, the chairwoman of the state’s air regulator, penned what amounted to a non-endorsement endorsement in late January.

Bloomberg is "the only candidate who has developed, advocated and implemented a successful program to cut greenhouse gases," Nichols, who leads the California Air Resources Board, wrote in an op-ed.

The former mayor has opened more than 15 offices through California, including in Riverside and Fresno.

Another billionaire in the field, Tom Steyer, is also pressing these issues.

Steyer, a San Francisco native, and his campaign say he has worked on these issues for several years.

"When Tom talks about climate and green economy, he is most certain to include that means good union jobs," said Katie Vavao, his California state director. "That is very central to how he is going to revitalize the green economy in California and around the country."

Steyer will be campaigning in Riverside tomorrow, and has set up nine offices through California, including in the Inland Empire and Central Valley.