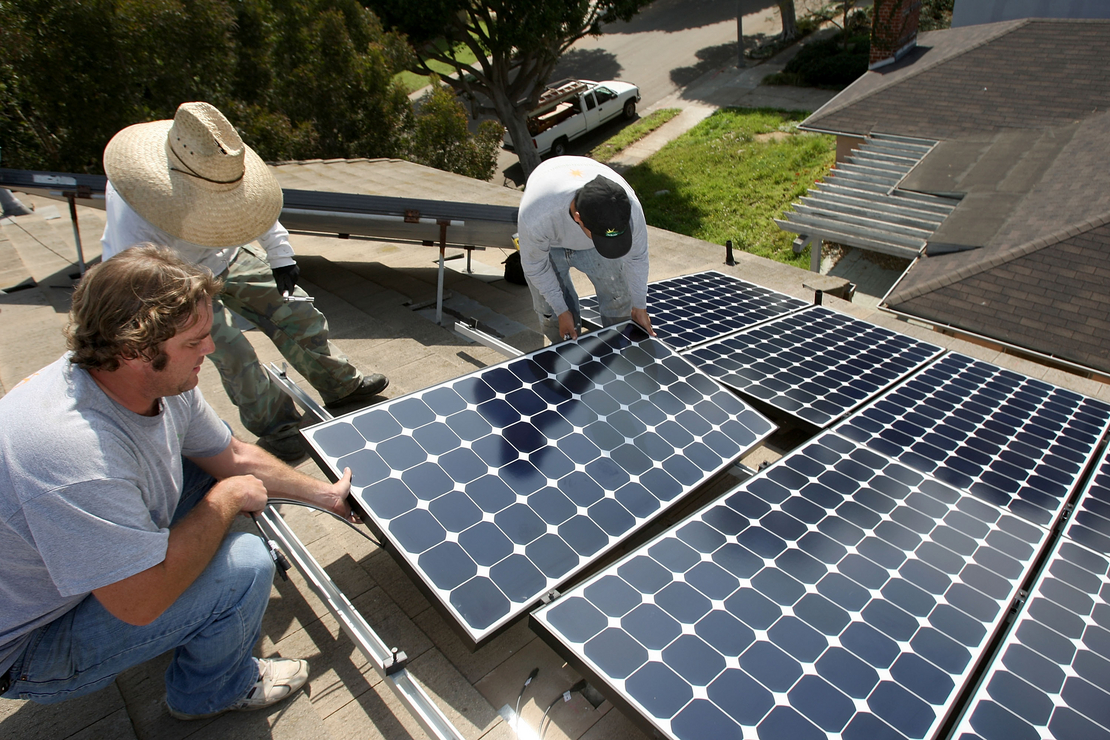 Members of the California Public Utilities Commission said the revised net metering rules were designed to adapt the solar market to the changing grid. But clean energy advocates warn that the move could blunt the state’s residential solar market by lowering the financial incentives offered to homeowners who install solar panels and return the energy to the grid.

The CPUC voted 5-0 to adopt the changes.

The rules replace the standard retail electricity rate that solar customers currently receive with a dynamic tariff that changes based on the electricity system’s needs. The program also incentivizes homeowners who install battery storage with their solar panels.

The aim, commissioners said, is to shift the use of solar-generated power to the evening hours when demand rises but solar generation ceases. They argue that existing incentives have boosted solar power so much during the day that the state often does not need to rely on natural gas, but that they have not done enough to prompt customers to install the battery storage that enables them to return solar energy to the grid at night.

“New rooftop solar is not displacing dirty power in California the way it would in other states,” she added, in part because of the success of the state’s existing incentives.

Current net metering customers would not be affected by the new rules.

The new rules are “forward-looking” and reflect the current state of the grid, said Matt Baker, director of the CPUC’s Public Advocates Office.

The original net metering incentives made sense when the goal was to get more solar panels on rooftops, he said. The state’s challenge now is to reduce the use of natural gas generation on the grid and to reduce peak demand in the evenings.

“Given the urgency of the climate crisis and the reliability crisis, we have to educate customers on the need to move generation and dispatch of power from the daytime to the evening,” Baker said in an interview with E&E News. “We are moving to the next phase of solar power and giving customers a way to hedge their own generation.

The rules on their own are not likely to spur new battery investments, analysts say, but they come as the state is taking other measures to boost energy storage. The state legislature recently approved $900 in upfront incentives for solar plus battery storage installation, with $630 million set aside for low-income households. And in January 2023, new building codes will require all buildings that have a solar system to also have battery storage.

Speaking to reporters on Monday, Andrew McAllister, a commissioner on the California Energy Commission, said the storage requirement in the building code is a way to weather the “rhythms of nature” as the grid transitions to rely on wind and solar. Increasing battery storage would help consumers, he added, because it would allow them to avoid the highest time of use rates when the grid is typically at its dirtiest.

According to a report released this week by nonprofit research group Next 10, California’s battery storage capacity increased 7.5 times in 2021 compared to 2020, a record increase.

‘A loser for California’

The new net metering rules reform a program criticized for favoring wealthy homeowners while raising rates for low-income consumers, who had to shoulder the distributed costs of solar incentives.

But critics say the new rules would kill the solar market by reducing a key incentive.

Sean Gallagher, vice president of state and regulatory affairs for the Solar Energy Industries Association, said “the failure to adopt a more gradual transition to net billing risks putting solar out of reach for millions of residents across the state.”

Bernadette Del Chiaro, executive director of the California Solar & Storage Association (CALSSA), said in a statement before the vote that the final proposal is “a loser for California on many levels.”

“For the solar industry, it will result in business closures and the loss of green jobs. For middle class and working class neighborhoods where solar is growing fastest, it puts clean energy further out of reach. For our grid reliability needs, it fails to promise robust growth in battery storage,” Del Chiaro said. “And for California’s race to clean energy, it puts us behind our goals and out of step with the national pro-solar agenda.”

CALSSA said the current barriers to battery storage — including high costs and supply chain constraints — mean it will be years before the storage market can match solar deployments. The rules also would not significantly reduce the payback period for storage installation, the group says.

Thursday’s vote also drew criticism from Affordable Clean Energy for All, a coalition of 120 organizations that includes California’s three large investor-owned utilities. The group has urged even more reductions in solar incentives because of the impacts on low-income ratepayers.

Spokesperson Kathy Fairbanks said the “final decision was a missed opportunity that will prolong the harm to low-income Californians and renters for decades to come.”

Revisions to those incentives have long drawn controversy. CPUC first proposed revisions in December 2021 but pulled them back based on public outcry.