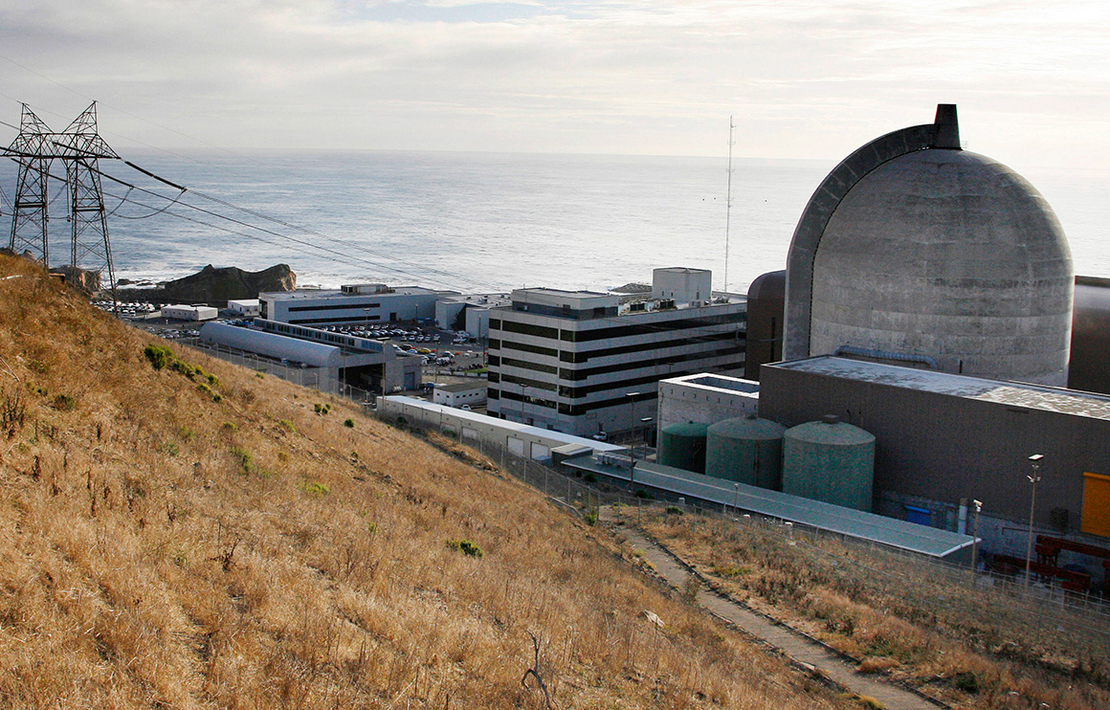 The only remaining nuclear power plant in California could help the state fight climate change, prevent electricity shortages and provide badly needed water if it remains open for another decade, according to a new report.

Factors have changed since Pacific Gas and Electric Co. decided in 2016 to close the Diablo Canyon plant in 2025, including the onset of a historic drought and the plant’s ability to power a desalination plant, said the report by Stanford University and the Massachusetts Institute of Technology. The plant could also help to provide hydrogen for clean cars.

"We are not in position in the near-term future … to go to 100% renewable energy, and there’ll be times when the wind doesn’t blow, the sun doesn’t shine," said Steven Chu, who served as Energy secretary under President Obama. "And we will need some power that we can actually turn on, dispatch at will."

"And that leaves two choices, either fossil fuel or nuclear," Chu added. "If you use fossil fuel, then you need to capture as much as 90-100 percent of the carbon. And so I believe that nuclear presents a very good option, especially nuclear power plants that have been built."

The report arrives as California tries to reach 100 percent clean electricity by 2045. Experts have said achieving about 85 percent with renewable power is feasible.

PG&E proposed retiring Unit 1 of Diablo Canyon when its operating license expires in three years. The license for Unit 2 expires a year later in 2025. The utility said at the time that "because of projected increases in energy efficiency, distributed generation, renewable generation, and customers moving to community choice aggregation (CCA) and direct access, PG&E’s conclusion is that there is simply less of a need for Diablo Canyon."

The utility signaled yesterday that it would stick with that plan.

"PG&E is committed to California’s clean energy future, and as a regulated utility, we are required to follow the energy policies of the state," the utility said in a statement. "The state has made clear its position on nuclear energy and the plan to retire Diablo Canyon Power Plant has been approved by the California Public Utilities Commission and the state legislature. Our focus therefore remains on safely and reliably operating the plant until the end of its NRC licenses which expire in 2024 and 2025."

California has a moratorium on new nuclear plants until a solution is found for radioactive waste. A battle is underway over dealing with the waste from the San Onofre Nuclear Generating Station located in north San Diego County. It closed in 2012 after a unit leaked.

The California Public Utilities Commission said yesterday that it had not been briefed on the Diablo Canyon report "and no proposal has been made directly to the CPUC to revisit the 2018 decision to allow the plant to close down after its federal licenses expire in 2024 and 2025."

"To continue operating Diablo Canyon beyond 2025 would have required a license renewal from the Federal Nuclear Regulatory Commission," CPUC spokesperson Terrie Prosper said in an email. "As part of the renewal PG&E would need to make seismic upgrades. Those upgrades combined with required changes to the cooling systems to comply with state and federal water quality laws would likely cost more than $1 billion."

NRC would need to renew license

The clock is ticking to keep the plant open, the researchers said.

The Nuclear Regulatory Commission would need to issue a license extension. The NRC typically takes between 18 months and two years, said Jacopo Buongiorno, director of the Center for Advanced Nuclear Energy Systems at MIT.

The application for a license extension should be resubmitted before mid-2023 for the NRC to complete it in time, he said. "The good news is that NRC allows the plant to operate pending review on the application."

Chu pointed to countries that shut off their nuclear power, perhaps hoping they’d fill the gap with clean energy. In Japan and Germany, "that’s not what happened," Chu said.

"They built more fossil fuel plants and there were more carbon emissions," Chu said. "And so we should take note of the earlier examples of other countries doing this, and consider again very strongly in order to combat climate change in the best possible way. I think nuclear power for the next extension period is something that we should really consider and ask PG&E to reconsider."

The researchers argued that Diablo Canyon should become a kind of mega-generation facility that produces electricity, desalinated water and clean hydrogen. That could increase the value of the plant by nearly 50%, and more if water prices increase substantially under worsening drought conditions, they said.

The report argues that postponing the plant’s retirement by a decade would cut California power sector carbon emissions more than 10% from 2017 levels. It would also reduce reliance on natural gas, save $2.6 billion in power system costs and bolster system reliability, it said.

Keeping the plant open through 2045 and beyond would save up to $21 billion in power system costs, and spare 90,000 acres of land from use for energy production, it said. California Gov. Gavin Newsom (D) in an executive order said he wants to preserve 30% of the state’s land by 2030 to capture carbon (Climatewire, Oct. 8, 2020).

The researchers highlighted Diablo Canyon’s potential use as a source of electricity for desalination. That could "substantially augment fresh water supplies to the state as a whole and to critically overdrafted basins regions such as the Central Valley," the report said.

The state has one desalination plant, located in Carlsbad. There’s an ongoing battle over the development of a second one, in Huntington Beach.

Diablo Canyon could produce enough fresh water to equal or exceed those of the state’s proposed Delta Conveyance Project, a plan to improve the system carrying water from the Sacramento-San Joaquin Delta, the state’s water hub. A desalination plant alongside Diablo Canyon would cost significantly less, the report said.

As well, a hydrogen plant connected to Diablo Canyon could help the state meet growing demand for zero-carbon fuels, the report said, noting that it could cost half as much as hydrogen produced using solar and wind power, and with a smaller land footprint.