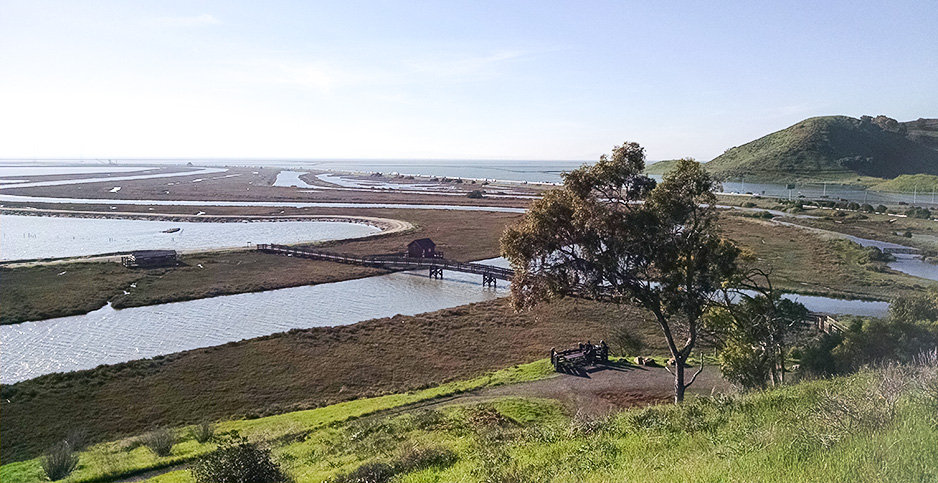 At issue are development plans for 1,365 acres owned by Cargill Inc. and DMB Pacific Ventures LLC in the southern bay. Those tidal wetlands were converted to industrial salt production in the mid-1800s, but conservationists have been buying tracts in that area since the 1970s, arguing that restoring marshes will improve water quality and combat rising sea levels.

EPA declared in March that none of the property qualified as "waters of the United States" and therefore is not protected by the Clean Water Act.

Today, California Attorney General Xavier Becerra (D) filed a lawsuit in the U.S. District Court for the Northern District of California taking aim at the EPA decision, joining environmental groups that have already sued the Trump administration seeking protection for the salt ponds.

"The Trump Administration continues to endanger California’s efforts to protect our environment and public health. It’s a sad day when the country’s ‘environmental protection agency’ looks at San Francisco Bay and doesn’t see a body of water that it should protect," Becerra said in a statement. "We should restore the Bay, not build on top of it. This unlawful proposal is simply an attempt by the EPA to overlook its obligation to protect our nation’s waters in order to fast track development. President Trump, California’s precious San Francisco Bay is not for sale."

A number of Californians have also come out in support of the lawsuits, including Oscar-winning actor Robert Redford, who in a San Francisco Chronicle op-ed today called the fight "the latest battle to save San Francisco Bay."

"Locating 30,000 more people in the path of sea-level rise, right next to an already gridlocked freeway doesn’t make environmental or economic sense," he wrote.

EPA’s decision on the bay’s salt ponds contradicted a 2016 draft analysis by the Obama administration, which concluded that 1,270 acres should be protected by the Clean Water Act.

The reversal means developers won’t need a Clean Water Act permit, likely saving them hundreds of thousands of dollars, as any destruction of federally protected wetlands or waterways requires developers to offset the damage by paying to restore similar nearby aquatic resources.

In its 2016 draft analysis, the Obama administration relied on the "significant nexus" test set forth by Supreme Court Justice Anthony Kennedy in the famously muddled Rapanos v. United States case. Kennedy ruled that wetlands and waterways should be protected under the Clean Water Act if they had a chemical, biological or hydrologic connection to a traditionally navigable water.

The 2016 draft found the salt ponds were "navigable in fact" waters and had a significant nexus to traditionally navigable waters adjacent to San Francisco Bay. It also found that the tidal channels within the property qualified as traditionally navigable waters and that those channels were not converted to being part of the salt ponds prior to the passage of the Clean Water Act. It also noted that the salt ponds are "impoundments of waters otherwise defined as waters of the United States."

The Trump administration’s final determination contradicts that draft and centers on the idea that the flow and exchange of water at the site are a product of salt production and not natural. It says that most of the salt ponds were created before the Clean Water Act was passed, meaning they cannot be protected.

It says water present at the salt production plant is "merely a component of the plant’s industrial processing activity until ultimately it evaporates or turns into a byproduct."

California’s challenge argues that the Trump EPA’s about-face violates the Administrative Procedure Act by ignoring the agency’s existing regulations for determining whether wetlands are protected under the Clean Water Act.

Those regulations all rely on Kennedy’s "significant nexus" test. The complaint also says that the final determination ignored EPA’s previous 2016 draft analysis, and that by saying developers do not need a permit, EPA has deprived California of its rights under Section 401 of the Clean Water Act to certify federal permits for projects affecting waterways.

The EPA reversal followed a number of regulatory changes at the agency, including the Trump administration’s efforts to rewrite the definition of Waters of the United States, or WOTUS, in the vision of the late Supreme Court Justice Antonin Scalia, who said only waters and wetlands with a "relatively permanent surface water connection" to larger waterways are protected by the Clean Water Act.

The WOTUS definition proposed by the Trump administration in December would nix protections in place since the 1980s for wetlands that are separated from larger waterways only by man-made berms or dikes.

EPA has simultaneously been working to centralize decisions regarding Clean Water Act permits.

Such jurisdictional determinations are usually made by the Army Corps of Engineers at the request of developers who want to know whether they need a permit for work in or near wetlands or waterways.

But EPA is allowed to take over those determinations in "special cases" if there are "significant issues or technical difficulties."

When EPA took over the determination for the Cargill salt ponds in 2015, it was only the 11th instance of EPA invoking the "special cases" clause (E&E News PM, March 19, 2015).

At the time, members of California’s congressional delegation had asked EPA to step in because the Army Corps had previously declared that just 56.87 acres of the property was protected by the Clean Water Act.