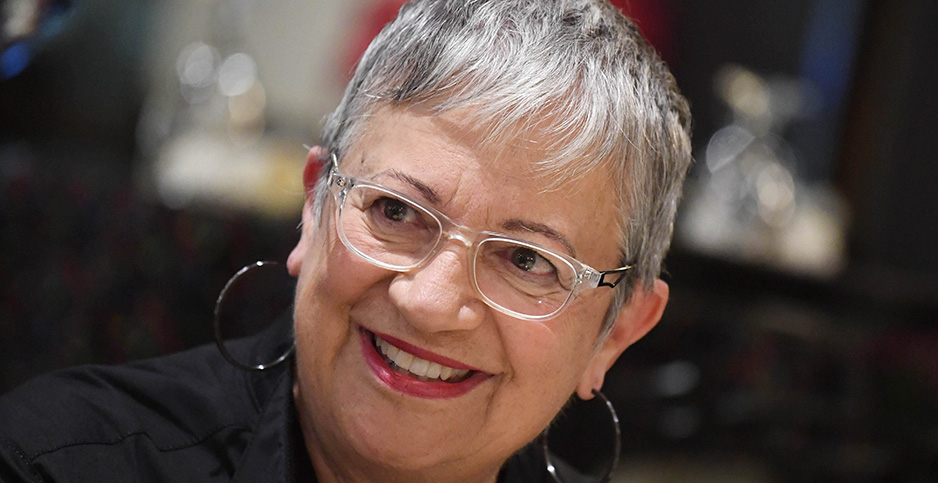 Mary Nichols, head of the California Air Resources Board, is negotiating with four car companies that agreed to surpass federal efficiency standards on automobiles. Uli Deck/dpa/picture-alliance/Newscom

California regulators are engaged in secretive discussions with four automakers as they seek to finalize a historic agreement struck seven months ago to reduce tailpipe emissions in defiance of President Trump’s effort to loosen federal climate rules for cars.

Details of the negotiations stemming from the deal, which provoked an unsuccessful antitrust probe by the Trump administration and the president’s personal derision, are being withheld from the public to satisfy the terms of nondisclosure agreements between California officials and the car companies, according to sources with knowledge of the talks.

The situation underscores the fluidity of the negotiations between the four major automakers and the California Air Resources Board as they seek to subvert Trump’s effort to roll back clean car standards established under the Obama administration.

It comes as the board faces a challenge never before seen in its 53-year history. The Trump administration has stripped the board of its unique authority to set tailpipe emissions rules that exceed federal standards. The board, established by then-Gov. Ronald Reagan in 1967, fears that losing that authority could prevent the state from meeting its ambitious climate goals.

The revelation that the state is using nondisclosure agreements, which hasn’t before been reported, comes after the Department of Justice closed its antitrust investigation into the four automakers participating in the agreement. The New York Times first reported on the failed probe; a Ford spokeswoman confirmed the development to E&E News.

At issue is the July agreement that CARB reached with four major car manufacturers — Ford Motor Co., Volkswagen AG, Honda Motor Co. and BMW of North America LLC. Under the deal, the companies are required to increase the fuel efficiency of their cars and trucks by 3.7% each year (Greenwire, July 25, 2019).

If it takes effect, the agreement could undermine the Trump administration’s rollback of the clean car standards established under President Obama. The proposal by the Trump administration would loosen the car rules by allowing automakers to achieve a 1.5% improvement in fuel efficiency annually, a significant decrease from current rules (Greenwire, Jan. 23).

The deal between California and the four car companies stands to reduce carbon dioxide emissions by 184 million to 266 million metric tons cumulatively from 2021 to 2035, according to an analysis by the Rhodium Group, an economic consulting firm. That’s the equivalent of taking 39 million to 56 million passenger vehicles off the nation’s roads for a year.

Nearly seven months after CARB trumpeted the agreement in a July 25 press release, the two sides have yet to turn the deal into a formal pact with legally binding requirements.

Only one document on CARB’s website confirms the existence of the agreement. It’s one page long and lacks legally enforceable provisions.

The two sides are continuing to hammer out the contours of a binding deal, according to two sources with knowledge of the situation. California officials met with representatives from the four companies as recently as Feb. 3, one source said.

While negotiations continue, the board is clamping down on the release of details to the public and saying that its discussions with the automakers are confidential, similar to trade secrets or settlement talks with companies that violated regulations. Two sources confirmed the existence of the nondisclosure agreements.

Officials with CARB declined to release documents about the agency’s communications with the automakers. Their position was outlined in a response to a California Public Records Act request by E&E News that sought emails and other records.

CARB Chairwoman Mary Nichols is said to believe that disclosing more information about the negotiations could jeopardize the final outcome, one source said.

Nichols is also treating the negotiations similarly to those over a legal settlement, said Margo Oge, the former director of EPA’s transportation office.

"At EPA, when we had settlement agreements with companies, those discussions were kept confidential," Oge said. "And at the end, we announced what the final decision was. So I don’t see anything unusual with what California is doing right now."

"We consider these negotiations to be seen within the context of a legal settlement, and, as with every other settlement CARB engages in and has engaged in (the VW Diesel scandal comes to mind here) we do not make public related documents while those negotiations are underway," CARB spokesman Stanley Young wrote in an email to E&E News.

Young was referring to the 2015 Volkswagen emissions cheating scandal, which led to a $533 million settlement with California and a subsequent $153.8 million consent decree.

Heidi Kitrosser, a professor at the University of Minnesota Law School who’s an expert on nondisclosure agreements, said CARB and the automakers may have signed the NDAs in part to prevent sensitive information from leaking to the press.

"My guess would be that the NDAs might be an effort to shield the information from media," Kitrosser said.

Orly Lobel, an expert on NDAs and director of the Program on Employment and Labor Law at the University of San Diego, said it’s an open question of whether the board is making appropriate use of the NDAs to justify withholding the records under the California Public Records Act.

At the federal level, she said, NDAs cannot prevent disclosure of certain records under the Freedom of Information Act.

When CARB announced its agreement with the four car companies in July, it provoked angry responses from Trump, who tweeted in August that the founder of Ford would be "rolling over" at the "weakness of current car company executives."

In September, DOJ opened an antitrust investigation into the four companies. The probe was reportedly aimed at determining whether the companies violated antitrust law by agreeing with one another to follow different vehicle standards from those proposed by the federal government.

Critics of the administration dismissed the antitrust probe as politically motivated, saying it reeked of retaliation toward the Golden State for going its own way on auto pollution rules.

According to The New York Times, DOJ recently closed the investigation after failing to uncover any collusion or other wrongdoing on the part of the companies. Ford spokeswoman Rachel McCleery confirmed the development in an email to E&E News. DOJ didn’t respond to requests for comment.

Oge, the former director of EPA’s transportation office, said she thinks the probe was aimed at intimidating the companies, rather than uncovering any real wrongdoing.

"My discussions with companies clearly show that these companies didn’t do anything legally wrong by agreeing with California that they’re going to produce cleaner cars than what the government is suggesting," Oge said.

"There’s nothing that suggests collusion," she said. "So the investigation was political and it was intimidation, which is something this administration does very well."

Oge, who helped craft the Obama-era clean car standards that are now on the chopping block, added that more automakers could consider joining the agreement now that the probe is closed.

Daimler AG, Volvo and Jaguar Land Rover Ltd. all appear to be prime candidates for joining the negotiations with CARB. Those companies have stayed neutral in the clean cars fight between the White House and California. In October, they pointedly declined to join other companies in expressing support for the Trump administration (Climatewire, Oct. 29, 2019).

Daimler spokesman Han Tjan declined to comment for this story. Volvo and Jaguar didn’t immediately respond to requests for comment over the weekend.

California Gov. Gavin Newsom (D), a vocal critic of the rollback, heralded the closure of the antitrust investigation.

"These trumped up charges were always a sham — a blatant attempt by the Trump administration to prevent more automakers from joining California and agreeing to stronger emissions standards," Newsom said in a statement.

"This is a big loss for the President and his weaponization of federal agencies — and a victory for anyone who cares about the rule of law and clean air," he added.