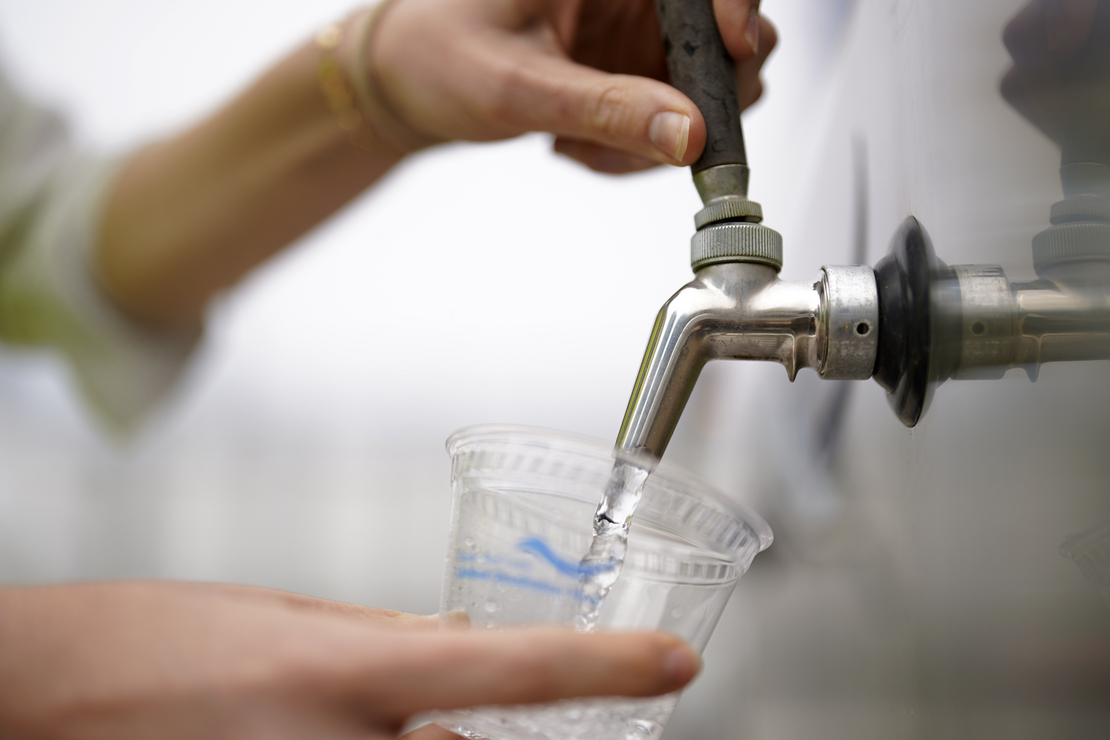 An official at the Carlsbad Desalination Plant fills a cup with filtered water made from ocean water in Carlsbad, Calif. Gregory Bull/AP Photo

California officials on Thursday approved a new desalination plant along the state’s central coast, advancing a facility that would boost future water supplies in the drought-stricken region but faces complaints about environmental justice and potentially significant cost hikes for consumers.

At the close of a contentious 12-hour hearing, the California Coastal Commission voted 8-2 to approve a permit for the California American Water Co. to draw water from the coast of Marina, Calif., to supply a private plant in Monterey County.

“This is a really, really tough decision. There’s no doubt about it,” said Donne Brownsey, the commission chair, who voted in favor of the permit.

She added: “It’s like a collision of so many complicated things: It’s a history of public water. It’s a region with really challenging water issues. It’s overlapping, competing and collaborative water districts. It’s different communities with different, distinctive personalities.”

Once constructed, the plant will produce 4.8 million gallons of potable water daily, or nearly 5,400 acre-feet each year.

“This is a critical situation and it’s complicated,” said California American Water President Kevin Tilden. “Our only solution is local supplies.”

During the hearing, local officials and Marina residents urged the state commission to reject the facility, a portion of which will be built on the shore of Monterey Bay at a former sand mining facility.

In a report endorsing the project, which has been under development for a decade, the commission’s staff acknowledged the facility’s construction raises “extremely difficult and complex coastal resource issues.”

Those include potential degradation of environmentally sensitive habitat areas and wetlands, as well as threats to aquifers used for drinking water in Marina.

But despite those concerns, California Natural Resources Secretary Wade Crowfoot, who is a nonvoting member of the commission, praised the desalination plant as “a well-designed project” that compiles with the state’s ocean plan.

“You all have proved that all desal is not created equal,” Crowfoot said at the hearing, pointing to a recent series of decisions by the commission in which it rejected a Huntington Beach desalination plant while approving a smaller facility in Dana Point (Greenwire, Nov. 14).

He continued: “It depends on the design of the project, its needs and the certain conditions. In this case we have a situation where the water agencies are pursuing essentially all manner of water. They’ve got incredible efficiency and conservation. They’ve got an incredible rate structure. They’re expanding water recycling. They’re working to recharge groundwater basins, and desal is sort of the path of last resort here. And I would argue necessary.”

But California Deputy State Controller Kristina Kunkel, also a nonvoting member of the coastal commission, urged the rejection of the project pointing to the broad opposition.

“Desal doesn’t need to be this contentious, and the fact that this project is, points to a problem here,” Kunkel said, noting that a similarly sized facility approved in Dana Point set a “baseline” for future desalination projects.

That project, the Doheny Ocean Desalination Project, won support for its sustainable design, including efforts to curb impacts on marine life by utilizing intake wells that are buried beneath the ocean floor.

While the Cal-Am project utilizes similar technology and will tap renewable energy to power the facility, it has drawn criticism for its costs, which could increase rates by as much as $50 per month.

During debate over the project, Cal-Am officials noted the project included a proposal to cap increases to low-income customers to $10 per month for at least five years.

“The Cal-Am project does not represent a thoughtful regional approach led by public agencies,” said Mary Adams, the chair of the Monterey County Board of Supervisors. “A publicly owned regional project could reduce the significant costs that Cal-Am’s project would impose on their ratepayers. Serving a larger need and spreading the costs more broadly would be a benefit to all.”

Despite the commission’s endorsement, however, construction of the desalination plant remains far from a certainty. It will likely take several more years before development of the site begins.

“There are a lot of hurdles that Cal-Am still has to get through to get to any kind of a project approval,” said Kate Huckelbridge, deputy director of the California Coastal Commission.

Other agencies reviewing portions of the Cal-Am project include the California Public Utilities Commission and the State Water Board’s administrative hearings office, whose review is tied to a lawsuit filed by the city of Marina in state court over water rights related to the development.

“What we do know is that there’s overwhelming uncertainty of need, cost and feasibility of the project, and ultimately threaten the public welfare if the project is unnecessary, poorly located and unfeasible,” said Commissioner Linda Escalante, who voted against the facility.