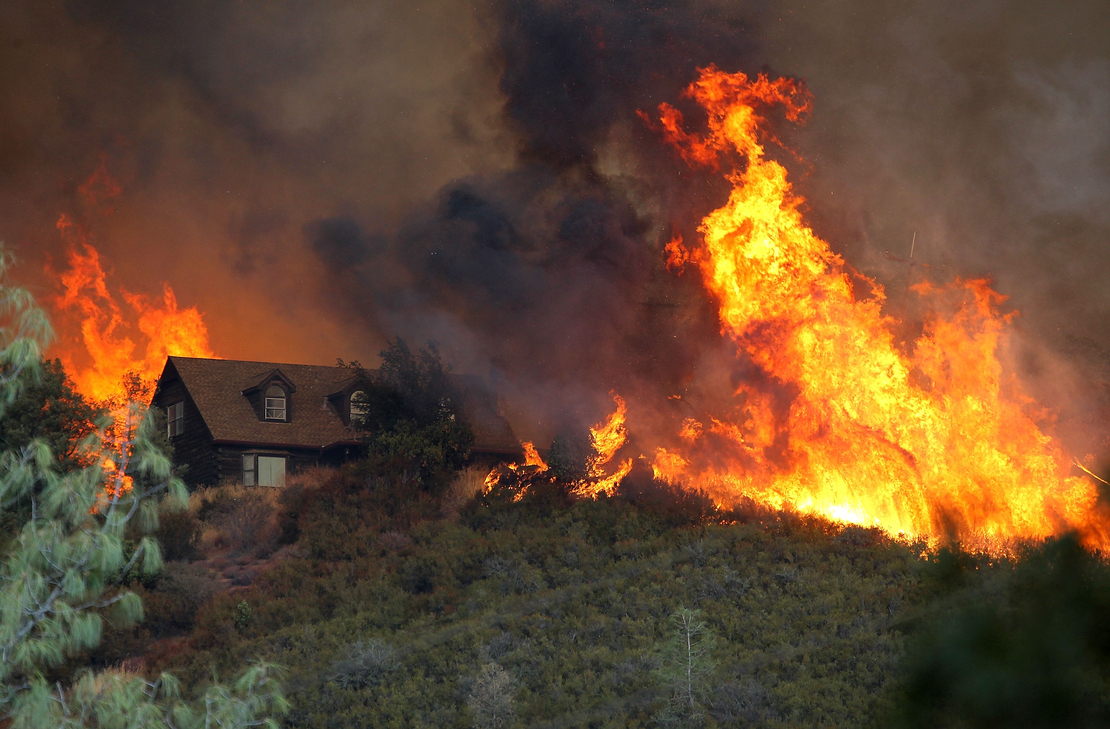 Wildfire-savvy homeowners in California soon will pay lower insurance rates for taking steps to protect their properties from infernos made worse by climate change.

That is among the intended impacts of a California regulation finalized yesterday that requires insurance companies to provide residents and businesses with a discount if they harden their homes against wildfires.

The regulation — which the California Department of Insurance says is the first of its kind — has several key goals. They include: incentivizing wildfire adaptation; mitigating rising insurance rates in fire-prone areas; and providing consumers with more insight into and control over how insurers are responding to climate risk in local communities.

“Protecting Californians from deadly wildfires means everyone doing their part, including insurance companies, by rewarding consumers for being safer from wildfires,” Ricardo Lara, the California insurance commissioner, said in a statement.

“My department will work diligently to increase discounts to reward the hard work that California consumers do to protect their families, homes, businesses, and communities,” Lara added.

The move comes as insurance companies in California and beyond raise premiums in areas at risk of climate-related disasters such as fires and floods — and sometimes stop renewing policies altogether.

Other states have explored similar ways to address those issues and promote climate adaptation.

The Florida Legislature, for one, finalized a regulation in 2005 that requires all residential property insurance companies to offer discounts to customers who live in homes that are more resilient to hurricanes, or who have taken steps to protect their homes from storms.

In Oregon, officials in June released a wildfire risk map that offered the public a detailed look at fire risk across the state. The tool was meant to encourage adaptation and raise awareness around which counties and properties face the greatest threat.

But the effort backfired when residents raised concerns that the tool incorrectly designated their properties’ risk classes — which could result in higher insurance rates. The Oregon Department of Forestry ultimately withdrew the map for revisions (Climatewire, Aug. 8).

The regulation in California aims to address those issues by requiring insurance companies to submit new insurance rates that incorporate a wildfire safety framework that was established in February.

The “Safer from Wildfires” framework provides insurers and consumers with a list of actions that property owners can take to reduce their own exposure to wildfire and prevent the spread of fire to other properties. Among them: maintaining a 5-foot “ember-resistant zone” around homes, upgrading windows, clearing vegetation from under decks and removing any nearby combustible buildings, such as sheds.

Under the new regulation, insurance companies are required to acknowledge customer efforts to mitigate fire risk by providing discounts to those who have implemented safety measures in line with that framework. Once the rule is fully implemented, the state expects insurers to provide discounts to all residents and businesses that have done so.

Also important is that the rule requires insurers to inform customers of their property’s wildfire risk score. Insurance companies use those scores to determine which homes they will insure, and at what cost. Notably, if any customer thinks an insurer’s assessment is inaccurate, the new law will allow the customer to appeal that score.

That’s an important component of the regulation, the department said, because it provides more transparency into how insurers account for wildfire risk. It also gives consumers a chance to weigh in if they think their insurer has misjudged the risk.