Can a hydrogen makeover save nuclear power? 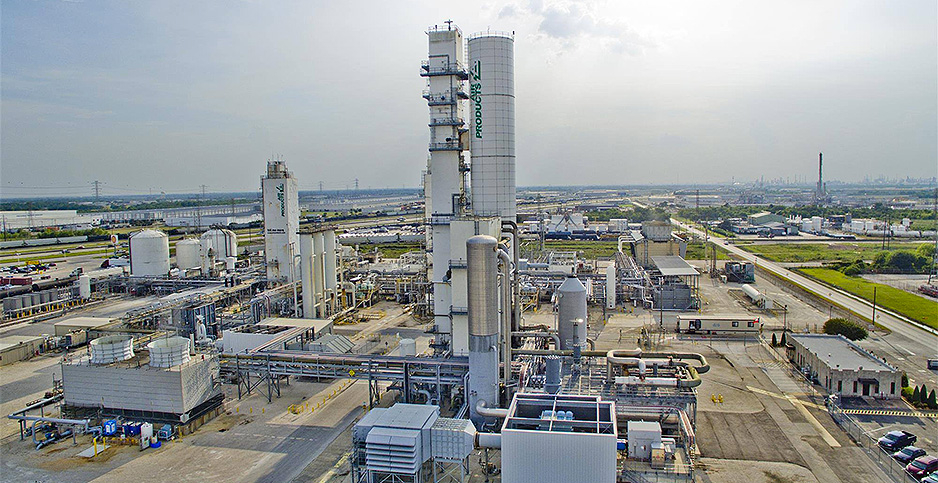 A radically new script is being written for the future of U.S. nuclear reactors that keep losing ground to wind, solar and natural gas competitors.

The Energy Department and the U.S. nuclear industry have seized on the vision of tapping energy from reactors to separate hydrogen from water, creating millions of tons of the gas a year to sell to oil refineries and fertilizer, steel and plastic manufacturers.

The idea shines as another hoped-for lifeline, along with state-backed subsidies, to keep nuclear plants going years into the future. If hydrogen, the elemental atom, can produce the sun’s mighty energy, it is not too much to ask it to rescue nuclear power, the advocates say.

Richard Boardman, who oversees hydrogen technology development at the Idaho National Laboratory, said he and colleagues have investigated whether nuclear reactors could become the cheapest, most efficient source of hydrogen for manufacturing, transportation and energy uses.

"I have been working on [hydrogen’s future] for 20 years, and in the past two or three years we have worked with private industries to do a complete workup" of the hydrogen-from-reactors question to see if it can it be done, he said in an interview.

"And the answer is, absolutely," Boardman said.

DOE is backing a project at Xcel Energy Inc. in Minneapolis to channel electricity and high temperature steam from one of the utility’s nuclear reactors to split water into hydrogen and oxygen for delivery over pipelines to manufacturers.

A $100 million DOE budget also funds hydrogen projects at Akron, Ohio-based Energy Harbor Corp. and Arizona utility holding company Pinnacle West Capital Corp. Another DOE office supports a hydrogen project at Exelon Corp. in Chicago. "There are many large energy companies that are [also] taking a look at this," Boardman said. "I won’t name them specifically, but they are petroleum refining companies."

Boardman’s vision for hydrogen from reactors goes far beyond the pilot project stage that is beginning now in the DOE strategy.

At this smaller scale, companies owning the reactors would benefit from hydrogen sales, he said, and new jobs would be created. But there’s much more at stake, Boardman argues. A commitment to massive production of carbon-free hydrogen from nuclear reactors has the potential to eventually drive down CO2 emissions from manufacturing and refining — industries considered by many experts to be among the hardest to usher into a zero-carbon future.

But nuclear power remains controversial. There is still no permanent solution to long-term fuel storage and a single catastrophic plant accident could mobilize public opinion against it, critics insist. A hydrogen-from-reactors strategy would create a massive new claim on infrastructure investment. And a national commitment to a climate policy that rewards the zero-carbon footprints of hydrogen energy, nuclear reactors and renewable energy generation has been blocked by President Trump and the Senate’s Republican leadership. Wind and solar power advocates see hydrogen production in their futures, too: Last week, renewable energy giant NextEra Energy Inc. announced plans for its first-ever "green" hydrogen project to produce the colorless gas from solar power at a 20-megawatt pilot plant in Florida (Energywire, July 27).

So Boardman is making his case from the bottom up, seeking to show that the technology can pay for itself even without a tax on power plant CO2 emissions.

If pilot projects are successful, and enough reactors begin producing hydrogen, the costs of the electric hydrolysis equipment that produce the gas would go down. "Probably 30 to 50 reactors in the country might jump over to make hydrogen in order to make more money," he said.

If hydrogen’s uses kept expanding in transportation, ethanol production and other manufactured products, then the potential market for hydrogen from reactors could be five times greater than today’s output of the gas, he said, a key to unlock the fuel’s potential and dramatic carbon savings.

But there is another hurdle — "a national imperative to get something done," Boardman said. If nuclear plant operators were to get any financial credit for avoiding CO2 emissions with their hydrogen production, "then it starts to become disruptive" to conventional hydrogen, which is often sourced from fossil fuels, Boardman predicted. A carbon price of $25 per ton of carbon emissions would have a positive impact, he said.

Today, nearly all of the 10 million metric tons of hydrogen produced in the United States annually comes from converting methane, the principal component of natural gas, into hydrogen and carbon components, ultimately releasing carbon dioxide, the primary climate-changing greenhouse gas. Methane "reforming" requires steam and heat, which means more CO2 emissions. At a nuclear site, however, the conversion is done by running an electric current through water.

The Xcel project seeks to add a powerful efficiency boost, drawing heat from the reactor to raise the temperature of water in the hydrogen process before it is split into its component elements. "For the same power or energy consumption you get a third more hydrogen as a result," said Molly Strasser, Xcel’s chief nuclear technology innovation engineer.

Xcel Chief Generating Officer Tim O’Connor explains that the hydrogen option answers a conflict that keeps flaring up for the Minneapolis-based power company.

Xcel produces more wind power than any other U.S. utility, it says, and it is adding more wind generation to meet pledges to reduce carbon emissions 80% by 2030 from 2005 levels and have 100% carbon-free electricity by 2050.

But along with its growing wind farm capacity, it owns two nuclear plants along the Mississippi River near the Twin Cities. "There are more and more times when it may be cheaper to put our wind on," O’Connor said. That makes it necessary to turn down the nuclear plants’ output. So after 40 years of running the reactors around the clock, they have been pushed increasingly into "flexible" operations, backing up the renewable generation.

Instead of throttling back reactors in those times, the energy could be diverted to hydrogen production, he said.

"We do see great potential for hydrogen, but we’ve got to prove it can be supplied at utility scale," Patrick Burke, Xcel’s vice president for nuclear strategy, told an American Nuclear Society web conference in June.

The company has not yet decided whether to build the plant at its Monticello or its Prairie Island nuclear power stations, both on the Mississippi River, Strasser said. Burke told the ANS audience that "it looks like right now Prairie Island would the preferred site."

Other issues aren’t about the economics. Would hydrogen production have to occur right next to the nuclear plant to maximize efficiency, or would it have to be located some distance away? "Those are details we have to work through," O’Connor said.

The manufacturing plants that use hydrogen should be relatively nearby the reactor, Burke advised. "Once you start moving hydrogen around long distances the cost competitiveness starts to fall," he said.

No nuclear power project can go forward without answering safety concerns. Minnesota is one of 14 states that restrict the construction of new nuclear power facilities, according to the National Conference of State Legislatures.

"As we scale up, the key is going to be to keep [safety regulators] in the loop because the more hydrogen we generate, the more concern there’s going to be because of the explosive nature of the gas at a nuclear generating plant," said Exelon Senior Vice President Scot Greenlee, another panelist at the ANS conference. "We’ll have to prove to the nuclear regulatory community that it’s safe to ramp up as we go forward."

Scott Burnell, spokesman for the Nuclear Regulatory Commission, said the top U.S. nuclear safety regulator "is aware that there are several licensees with plans to support hydrogen generation demonstration projects under the DOE program." No licensing requests have come in, however. "NRC staff will evaluate the need for further engagement as industry plans solidify," he said.

O’Connor of Xcel said he hopes that Minnesotans will come to understand that very high levels of wind power cannot be achieved without reliable options for dealing with long periods with weak or no wind output, or sudden declines in voltages or current that require instant response. Nuclear generators are set up to do that, he said. "Wind itself doesn’t support the grid" without some form of that backing, and reactors can fill that bill, he said (Energywire, March 9).

"We will reach a certain point and then we’re going to saturate our ability to do more, and I think nuclear is going to become a greater part of the conversation" then, he said.

Other solutions to very high renewable levels in the Midwest could involve large multistate transmission lines, currently challenged by political, economic and popular opposition, or huge investments in battery storage far beyond any utility budgets that customers and regulatory commissions have ever considered (Energywire, Dec. 19, 2019).

For now, the case for hydrogen seems to rest on its ability to help existing reactors stay in business.

Hydrogen’s time needs to arrive sooner than later, according to Xcel’s Burke. "I think we need to accelerate," he said. It’s simple enough to build a 1-megawatt hydrogen demonstration project in a parking lot. "If we’re going to become a serious producer of hydrogen, you’re probably talking about hundreds of megawatts" of scale, he said.

Will investors willingly pour money into hydrogen production at decades-old reactors that could have to run for many more decades to fully recover the investment?

"The biggest challenge for us is going to be working with the states where our nuclear plants are located to get them interested in making the plants viable so we can exist long enough to see hydrogen become a reality," Exelon’s Greenlee said.

"I don’t think it’s going to come fast enough to save the nuclear fleet in some cases, depending on the revenue stream at a particular site," Greenlee added.