Can Biden build his charging stations? 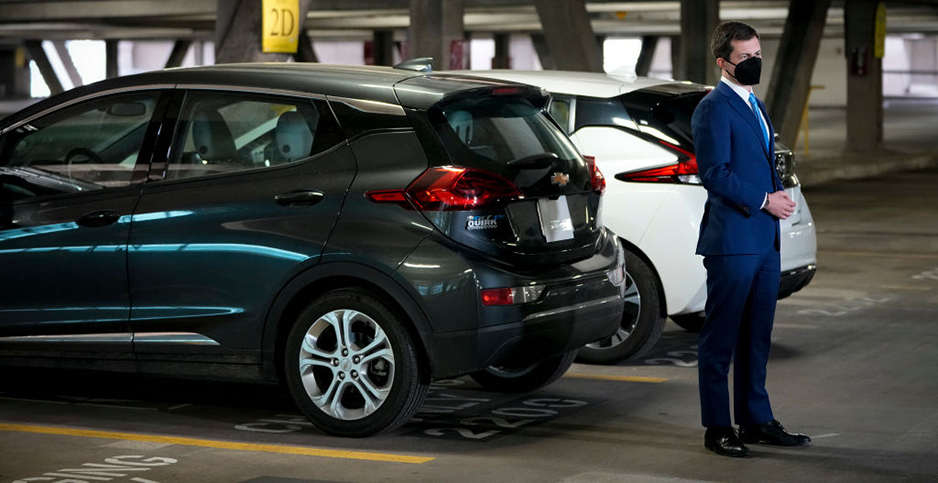 The bipartisan infrastructure deal would deliver less than one-tenth of the money President Biden sought for electric vehicles — leaving nothing for new consumer subsidies, factory retrofits or supply chain development.

To cast that as a victory, the White House is emphasizing a different number. Biden’s deal, they say, would fulfil his promise of building 500,000 charging stations.

Top officials argue such a build-out would transform transportation, the largest source of U.S. emissions. Some experts are more circumspect. Charging stations vary wildly in price and speed, they say, so the impact of Biden’s plan will hinge on nitty-gritty details that haven’t yet been settled.

The key question is what kinds of chargers will get built.

Some say the greatest need is for fast chargers, which can juice up a car in minutes. The Biden administration also plans to deploy a public network of so-called Level 2 chargers, which are the same class of chargers that many drivers use at home to charge their cars overnight.

Level 2 chargers can cost about 50 times less than fast chargers. They are gentler on car batteries, making them better suited to everyday use. And they can be easier to commercialize, because the cheaper upfront costs can mean a faster return on investment.

Fast chargers are lagging by comparison. They comprised only 15% of public chargers last year, according to Energy Department data, in part because they can take decades to recoup their costs.

The bipartisan infrastructure deal could reshape those economics. Offsetting the upfront costs with federal money could make fast chargers a more attractive investment and speed up their deployment.

But some worry that, in pursuit of a half-million chargers, the administration could lean too heavily on the slower, cheaper ones in order to pad the numbers.

"What I would not like to see happen — and this is something that worries me — is 90% of the spending going toward Level 2 chargers because that produces a bigger number, when that’s not what the market needs," said Chris Nelder, a longtime transportation expert formerly at RMI who hosts "The Energy Transition Show."

That $15 billion falls far short of the $174 billion that Biden initially proposed to "win the EV market" through subsidies to spur the supply chain, retrofit factories, train more workers and deliver customer rebates at the point of sale.

Even without those policies, experts said, the bipartisan deal could deliver a significant boost for charging stations.

"$15 billion is a large amount of money that could actually make a change," said Gil Tal, director of the Plug-in Hybrid and Electric Vehicle Research Center at the University of California, Davis.

Some progressives are skeptical that a bipartisan deal that spends more on airports ($25 billion) than EVs could reshape the U.S. transportation system quickly enough. (The bipartisan deal would also spend $7.5 billion on electrifying mass transit, like city buses.)

The need is indeed greater than $15 billion, Nelder said, but the spending package promises to mobilize even more private capital. It would do that directly through grants and low-cost financing, as well as indirectly by sending a broader market signal that drives future investment decisions.

The White House said it expects to release more details about charging station funding in the coming months. But the administration sees the potential to direct billions to the slower Level 2 chargers as a feature, not a bug.

"Many communities need many Level 2 chargers as well," a White House spokesperson said, pointing to people who live in apartment buildings or who can only park on the street.

"A mix of extra-fast chargers for highway corridor traveling, and fast and Level 2 chargers for community use can make travel in EVs much more seamless and convenient."

Overnight charging is the main way drivers fuel up, Tal said, so making that an option for people without a garage could remove one of the sector’s main barriers. In that way, he added, building more public Level 2 chargers becomes a matter of equity and environmental justice.

"Level 2 chargers in the right locations will have a much higher impact for disadvantaged communities," he said.

Even the powerful and privileged, though, worry about finding charging stations.

"I am one who has had some ‘range anxiety’ for driving long distances on the freeway when I’m not 100% sure if there’s going to be a charging station," Energy Secretary Jennifer Granholm said in a video promoting the bipartisan deal.

She rode shotgun in one of the federal fleet’s electric cars while national climate adviser Gina McCarthy drove.

"So the fact that there’s going to be all these charging stations installed, on long trips, means you’re totally carefree," said Granholm, who leases a Chevy Bolt.

Investments in chargers at home, workplaces and other well-traveled places will almost certainly grow regardless of federal spending, Tal said. With so many places drivers can top off their batteries, range anxiety becomes more of a problem of filling in gaps than building a foundation.

The kinds of chargers is a different question. The ideal ratio of faster to slower public charging stations has been a matter of debate among experts for years.

The two main uses for fast chargers, Tal said, are to make trips longer than the range of your car battery, and as a safety net in case a driver unexpectedly runs low on power.

It’s clear that it will take both to curb drivers’ fear of running out of juice. But the two types of charging stations are not perfect substitutes. Autonomous vehicles, the availability of workplace charging stations and the future of ride-sharing are just some of the factors at play.

"If you don’t really want to deal with all that complexity, and you just want to get some steel in the ground, the easy thing to do" is scale up the current ratio of faster to slower chargers, Nelder said.

"That’s also wrong. Because as it turns out, we’ve built a lot of public Level 2 chargers out there that just aren’t getting used," he added. "Some of it has to do with location, but there’s a lot of other stuff, too. It’s a very complex set of challenges."