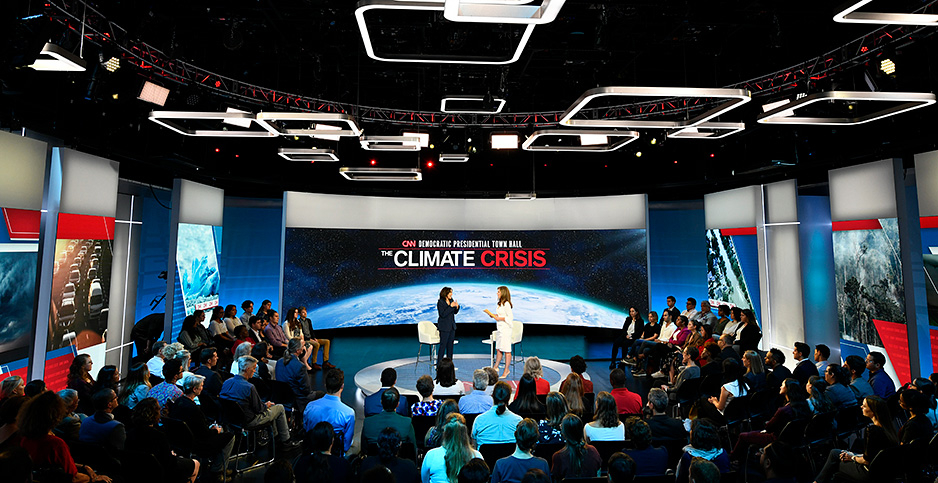 The 2020 election will likely come down to just a few states, including one that boasts a robust hydraulic fracturing industry unparalleled virtually anywhere else in the country.

Democrats need to win the key swing state of Pennsylvania if they are to defeat President Trump. There is an appetite for climate policy among Democrats in the current election cycle unlike any seen in recent history. And, as the candidates roll out their plans to address climate change, some are pushing for a ban on fracking.

It is an open question if calling for such a ban will alienate enough Pennsylvania voters to make a difference, state pollsters say. On the one hand, Trump performed well in 2016 throughout the regions of the state where the fracking industry is booming. But his support there may have already peaked, while motivated Democrats in urban areas and in the suburbs want candidates who encourage climate debates.

A candidate’s stance on fracking will certainly be closely watched by voters across the state, said Christopher Borick, director of the Muhlenberg College Institute of Public Opinion.

"[Fracking’s] reach economically and in communities is broad, so you can imagine as candidates start to position on it that in Pennsylvania, one of the most important states in the upcoming election cycle, that it matters," he said. "What’s less clear is the impact on a call for a ban."

In Pennsylvania, the natural gas industry employs more than 80,000 people, directly and indirectly, according to the state. It has provided jobs in areas that have been devastated by the closure of coal mines, steel mills and manufacturing.

In the CNN climate town halls last week, a number of the candidates called for some form of a fracking ban. Sen. Bernie Sanders (I-Vt.) took one of the strongest positions, pledging a ban on private and public lands (Climatewire, Sept. 5).

"Any proposal to avert the climate crisis must include a full fracking ban on public and private lands," Sanders said in a statement. "Fracking is a danger to our water supply. It’s a danger to the air we breathe. It causes earthquakes. It’s highly explosive. Safe fracking is, like clean coal, pure fiction."

On Friday, Sen. Elizabeth Warren (D-Mass.) announced she was joining Sanders in calling for a total fracking ban. That means two of the three Democratic front-runners for 2020 want a moratorium on natural gas and oil drilling.

"On my first day as president, I will sign an executive order that puts a total moratorium on all new fossil fuel leases for drilling offshore and on public lands. And I will ban fracking —everywhere," Warren tweeted.

When asked, Sen. Kamala Harris (D-Calif.) said she would commit to a fracking ban on her first day in office.

"There’s no question I’m in favor of banning fracking, so yes," she said.

Trump had a razor-thin win in Pennsylvania in 2016. He won by less than 1%, or about 40,000 votes, Borick said. While 2020 is an entirely different race and much will depend on the Democratic candidate, any individual issue has the chance to have an outsize effect on the vote totals, he said.

"The margin matters here," he said. "If you’re dealing in that zone, everything is amplified, an issue like this is amplified because Pennsylvania is so key and was so close."

Public opinion continues to be split in the state. Fifty percent of Pennsylvanians support the state’s fracking industry, while 42% say they oppose it, according to polling last year from the Franklin & Marshall College Poll. However, 55% of state residents say the environmental costs of fracking outweigh the economic benefits.

Meanwhile, in neighboring New York, Gov. Andrew Cuomo (D) banned fracking, even though the state has significant shale gas deposits. He easily won reelection and has used the issue to attempt to win over progressive voters. In the 2016 presidential election, Democratic candidate and former Secretary of State Hillary Clinton easily won New York, even as Trump promised to bring fracking to the state.

Democrats in Pennsylvania are motivated to turn out voters, as the 2018 midterm elections showed, when a number of Republicans lost key races, said Terry Madonna, director of the Franklin & Marshall College Poll and professor of public affairs at the college. But Trump won over Democrats in Pennsylvania like few other states, winning a number of key western counties where Democrats had a voter enrollment edge, he said. That’s fracking country, and a place where the 2020 Democratic nominee will likely need to make some inroads, he said.

"The regions where Trump won are the regions where fracking takes place, so if the Democrats are going to try to make inroads with that group of voters, they’re going to have to be cautious with how they move on that front," Madonna said.

A number of the candidates have taken that more cautious approach, proposing an Obama-like plan to restrict some new fracking wells while creating policies that make the country less reliant on fossil fuels overall. Such an approach would not hit Pennsylvania as hard as an outright ban.

Some candidates said they would start with halting fracking on public lands and transition the country away from fossil fuels in order to eventually establish a ban.

Former Rep. Beto O’Rourke of Texas said he would ensure "we have no new oil and gas leases on federally protected lands and offshore areas that are now being drilled today."

Former Housing and Urban Development Secretary Julián Castro does not support a fracking ban. He said he would prefer to ramp up renewable energy to create a longer path away from fracking over the next two decades. Sen. Amy Klobuchar (D-Minn.) has taken a similar stance, saying that natural gas is a "transitional fuel right now" that could eventually be phased out. Sen. Cory Booker of New Jersey said that "we must get to the point" where fracking is banned.

Former Vice President Joe Biden, who has strong support in Pennsylvania, said it would be impossible for a Democrat candidate to ban fracking, but he pledged not to allow any new wells.

"I don’t think we’d get it done, in terms of getting the votes to get it done, to say all fracking that’s going on now ends unless you can show there’s some physical security need or worried about explosions, et cetera, which is a legitimate thing to worry about," he said. "But I would not allow any more."

Madonna said the discussion around a fracking ban perfectly encapsulates a divide in the Democratic Party, between the policy desires of the urban and suburban wing and the party’s rural base. In Pennsylvania, voters tend to favor an approach like that taken by Democratic Gov. Tom Wolf. They don’t want to halt fracking, but they do want increased regulation and enforcement of the industry, as well as additional revenues for state and local coffers.

"The problem that the progressives who want to eliminate it have is that it’s very important to the economy of some states," Madonna said.