Can EVs find a home in the Rockies? 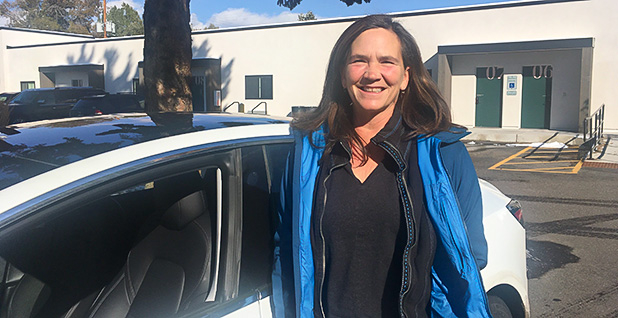 BOZEMAN, Mont. — This city of nearly 50,000 residents, cradled in mountains and circled by rushing trout streams, has vaulted into national recognition with a new identity as a hot new center of innovation.

Between 2015 and 2016, Bozeman had the greatest increase in business startups of any city in the country with a population under 50,000, according to the U.S. census. Statewide, the amount of venture capital funding of new firms per capita has nearly doubled in the past four years, a spurt that exceeds Arizona and rivals Nevada, the Montana-based venture fund New Frontier Capital reported in June.

That new identity has also made Bozeman a laboratory for a major question hanging over the future of electric vehicles. As the city follows technology centers like Palo Alto, Calif., or Boulder, Colo., down the technology path, will it also become a magnet for EV ownership, as those cities have become?

Or will the state’s vast distances and rugged geography defeat or significantly delay the spread of battery-powered transportation? Will Bozeman be a test case in the limitations on EV adoption?

Bozeman entrepreneur and Tesla owner Susan Carstensen, for one, has refused that either-or dilemma. A fifth-generation Montanan, Carstensen went out of state to begin a career, then returned in 1999 to become chief financial officer of RightNow Technologies, a new Bozeman company with a pioneering cloud computing technology.

"The outdoors is a huge part of it. I have a cabin on Flathead Lake, the largest lake west of the Mississippi, south of Glacier Park and surrounded by mountains," Carstensen said in an interview in Bozeman’s refurbished RSVP Motel, where patrons are greeted with a complimentary glass of Champagne.

The cabin is 310 miles from her home, beyond her Tesla’s range. Getting there and back requires battery refills at fast chargers in Missoula and Butte on top of overnight charging in her cabin’s heated garage. On one freezing winter trip, she reached Helena with 15 miles of battery range to spare and had to overnight at a hotel with a charger to replenish enough power to get home. "It was a close call," she said.

She bought the Tesla almost on impulse, to replace her 13-year-old car. She loves its power, and its climate-friendly battery-driven motor was a statement on climate action she wanted to make.

But she sees it as a guilty pleasure. She said she parks her showy symbol of leading-edge technology at the far end of her fitness center, a little out of the limelight in a city where people dress for outdoors, not executive suites.

Carstensen is also a case in point for the blossoming of her hometown’s business ventures.

Bozeman’s high-tech arrival was announced to many in and outside the state in 2012, when software powerhouse Oracle Corp. acquired RightNow Technologies for a stunning $1.8 billion. Rather than joining Oracle, former RightNow employees, bankrolled by their shares of the sale, have started at least 15 startups in Bozeman, ranging from internet services to marketing consulting and package delivery.

Carstensen left RightNow herself after the acquisition to get into consulting, helping entrepreneurs in the region.

She serves on the board of Foundant Technologies, a startup launched by Daren Nordhagen, another Montanan who left and then returned to begin a business, called back by the state’s beauty and wildness. A chance conversation he had a dozen years ago planted the idea for a grants management software platform to help charitable foundations with fundraising and services. His company has reached a level of success that has led growing numbers of customers to invest in it, Carstensen said.

"There is a lot of startup activity here, and more than a handful of folks like us that have moved past the startup phase to be legitimate growing concerns," Nordhagen said. "We’ve reached the point where there’s a critical mass — enough entrepreneurial activity and talent to create the proof in the pudding that it can be done here."

Another headline development came this May, when Aurora Innovation Inc., the self-driving car company whose funders include Amazon.com Inc., purchased a Bozeman company called Blackmore Sensors and Analytics Inc., recognized as a leader in lidar, a laser-based range-finding technology that is counted on to keep autonomous vehicles under control.

Since the 1980s, Montana State University in Bozeman has been an incubator in photonics, the parent technology for lidar applications, says Brit Fontenot, director of Bozeman’s economic development department. A report by Henderson’s Montana High Tech Business Alliance lists 39 companies formed in the past quarter-century to develop or support photonics technology.

Newcomers have pushed up employment in Bozeman and surrounding Gallatin County by 30% between 2010 and 2017. While traditional occupations in farming, mining and forestry have not kept up, construction jobs jumped 53%, jobs in hotels and other accommodations jumped 45%, and management jobs — the benchmark for entrepreneurs — have gone up 78%.

They are coming for the same reasons Carstensen and Nordhagen returned. "Yellowstone National Park is a 90-minute drive. ‘A River Runs Through It’ was filmed on the nearby Gallatin River," noted an article in Fast Company, touting the city and region’s appeal.

Bozeman’s leaders say they are riding trends stemming from much broader sources than their own technology resources, Bozeman’s Fontenot said.

"For 150 years, the state of Montana has been extracting natural resources and turning them over to someone else to extract the value," he said. Now it is feeling effects of technology change that allow a company in small Bozeman to have a global reach and the societal impulses that drive young people to seek engaging employment amid natural beauty if they can, he said.

Individuals are searching for different things than they were 30 or 40 years ago, he said.

"We can’t control the trends," he said. "What we can control is how we respond." The city, for instance, has partnered with a newly formed nonprofit to build a 25-mile fiber optic network within the city to link businesses to high-speed internet access. It is studying opportunities to set up public charging sites for electric vehicles in municipal garage space, Fontenot said.

"We’re trying to see a little further out than we have before," he added.

Over a beer at the Bozeman Brewing Co., he explained why he chose a Tesla. "No. 1, I want to drive the safest car that I can," referring to the vehicle’s advanced road-handling technology. "No. 2, the gas savings." When he refills the battery, 60% of the electricity is coming from zero-carbon hydropower, he said. "No. 3, I get a kick out of proving to people that electric vehicles work."

His vehicle is a source of constant curiosity, he said. "I’ve taken so many people on their first EV ride," he said.

But the trade-off between mountains and EVs was present in a recent conversation with Trevor Huffmaster, executive director of the Blackstone LaunchPad at Montana State’s Jake Jabs College of Business & Entrepreneurship.

Huffmaster’s center, which has helped launch more than 90 ventures, is running a contest now for student entrepreneurs. He was asked what advice he would offer to a student proposing a business around electric vehicle technology. "Be certain you understand the motivations of people who are buying EVs now," Huffmaster said. First, find out who wants EVs.

Nordhagen, part of that conversation, said, "My mind is probably biased a little bit against some of the feasibility."

"I consider myself to be a conservationist, someone looking to lead a less impactful life on the environment," he said. "But I drive a really big pickup, burning a ton of gas, to get to rivers, pull a boat," Nordhagen said. "I’m so used to living in wide-open spaces, driving hundreds of miles every week out into the mountains. That’s part of our life."

"I agree there are tensions" around linkages between EVs and environmental and climate stewardship in a state like Montana, Fontenot said. "Some people in Montana aren’t convinced it’s a problem. We have people who circulate articles about the cop car that ran out of battery power chasing someone. Those kind of stories don’t help."

"Some who see it’s a problem don’t think they have an alternative," he said, referring to people concerned about the environment and climate, but also worrying about the current limitations of EVs.

"You move to Montana to get into the mountains, not to stay away from them," Fontenot said.

Henderson, the Montana technology alliance director, said she doesn’t own an EV, doesn’t know anyone who does and doesn’t hear much talk about them. "It’s not coming up on my radar," she said. "There’s minimal buzz so far."

The buzz will change in the coming year as more automakers bring out EV models.

Somewhere over the horizon are a line of battery-driven pickup trucks, according to announcements from Ford, Tesla, General Motors and Rivian. Bozeman, with its identity as an innovation laboratory, has more experiments on the way.