Can lab-grown meat save the planet — and dinner? 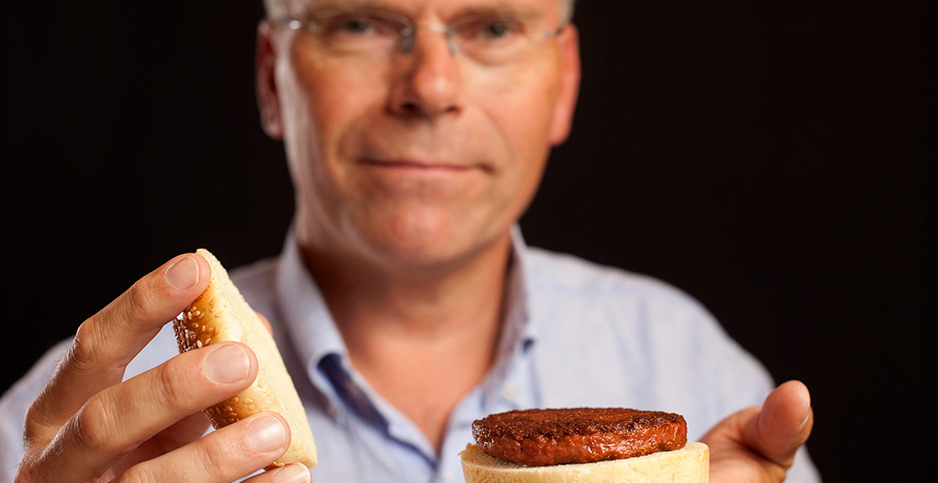 The idea is hard to stomach at first: animal meat grown in a lab.

But proponents of "cell-based meat" say the emerging technology has the potential to tackle two global problems at once. Lab-grown beef patties, chicken cutlets and even exotic proteins could help satisfy the world’s growing appetite for meat, they argue. And it could be done in a way that cuts down on the tremendous environmental impact of animal agriculture.

Standing in the way is a long list of challenges — including regulatory obstacles, sky-high production costs and the ever-present ick factor.

Still, advocates say lab-grown meat could hit store shelves as soon as 2025 — if not earlier.

One proponent is Krijn de Nood, the chief executive of Meatable, a Netherlands-based company that is producing animal tissue by mimicking the cellular growth that typically happens inside — rather than outside — of living organisms. In an interview, de Nood said Meatable is "mission driven" and that it aims to address issues from climate change to animal welfare.

The company is among dozens of startups worldwide that are racing to scale technology they claim produces "real meat" — not plant-based alternatives from companies such as Impossible Foods and Beyond Meat (Climatewire, Oct. 21, 2019).

That’s possible, they say, because most cultured protein products originate as stem cells from real animals. Some companies make a point to say that no animals are harmed in the process.

Here’s how it typically works. Engineers obtain an animal stem cell sample and isolate "cell lines" with the strongest genetic material. The cells are then placed in an environment — like a petri dish or bioreactor — that encourages rapid growth, and later differentiation. The resulting fat and muscle tissue is then harvested, structured and processed to create a final product.

De Nood said Meatable already has produced small quantities of meat using this process. And the whole thing took just three weeks — a far faster timeline, Meatable notes, than it takes to raise an animal for slaughter. The company plans to host its first public taste testing of a pork prototype in September.

Several other companies already have allowed outsiders to sample their products. Those include Memphis Meats, Peace of Meat and Mosa Meat, which are based in the U.S., Belgium and the Netherlands, respectively.

In fact, one of the first cultured meat tastings dates back to 2013, when Maastricht University physiologist Mark Post presented the world with a beef patty that was produced in a petri dish.

More recently, in March, Peace of Meat hosted an event where attendees sampled a chicken nugget.

Tasting aside, co-founder David Brandes underscored that the startup has a different ambition than many other companies. Rather than producing consumer-facing products, Peace of Meat aims to eventually grow more than 100,000 tons of pure, cultured fat per year. The startup plans to sell the fat to other companies as a key ingredient to enhance the taste and texture of alternative meat products, including those that are plant-based.

"We don’t want to make the most fancy-looking piece of food, we don’t want to work on exotic species," said Brandes. "You need to produce massive amounts of meat if you really want to have an impact."

‘All about the scalability’

Animal agriculture is responsible for a whopping 14.5% of planet-warming emissions, according to the Food and Agriculture Organization of the United Nations. That figure includes greenhouse gases attributable to meat processing, meat-related transportation and manure storage. Then there’s the issue of belching cattle — which itself is responsible for 65% of the livestock sector’s emissions.

Paul Mozdziak, who serves as Peace of Meat’s chief scientific officer, was among those who said a central goal of cellular agriculture is to satisfy the world’s staggering, and still rising, demand for animal protein — but without relying on supply chains that scientists say are environmentally fraught and highly vulnerable to marketplace disruptions.

As an example, Mozdziak pointed to the novel coronavirus crisis, which in recent weeks has temporarily shuttered meat packing plants, forced farmers to cull tens of thousands of animals and spurred fears of a nationwide protein shortage (Greenwire, May 4).

But even Mozdziak, who has pondered cultured meat since the early 1990s, acknowledged the obstacles ahead. Despite entrepreneurs’ ambitions, he said, the field remains deep in research and development — and far from supermarket shelves.

De Nood, of Meatable, highlighted that same issue. "It’s all about the scalability of the process," he said, noting that his company is working to drive down costs and move its operations from "small environments" to large bioreactors that would require major processing factories.

Peace of Meat’s Brandes agreed. But he said that even if production costs fall, there’s the possibility that cultured meat would not meaningfully impact the carbon footprint of the global food system.

"When it comes to greenhouse gas emissions, I think there is a big potential," said Brandes. But producing large quantities of cultured meat would inevitably require substantial amounts of energy, too, "so it really depends where you draw the energy from," Brandes said.

Despite those obstacles and more, some projections have named cultured meat as a key driver of a revolutionary shift away from animal agriculture. Independent think tank RethinkX, for instance, predicts that cell-based meat and plant-based alternatives could render industrial cow farming "obsolete" in the U.S. entirely.

Ermias Kebreab, who is a climate and animal agriculture expert at the University of California, Davis, disagreed with that assessment.

Even as the world becomes more invested in exploring alternatives to conventional protein, Kebreab said, researchers and traditional farmers are actively developing strategies — like feeding seaweed to cows — to cut the sector’s environmental footprint.

In his eyes, sustainable agriculture, rather than cellular agriculture, is what will ultimately enhance food security in developing countries — where most future population growth is predicted to occur.

"I’d rather have beef" from cows, said Kebreab, adding that cell-based meat also raises other issues for him, like the products’ overall nutritional value. He said he’s wary of "highly, highly processed food."

Mozdziak, of Peace of Meat, agreed in part. He doesn’t see cellular agriculture putting meat companies out of business.