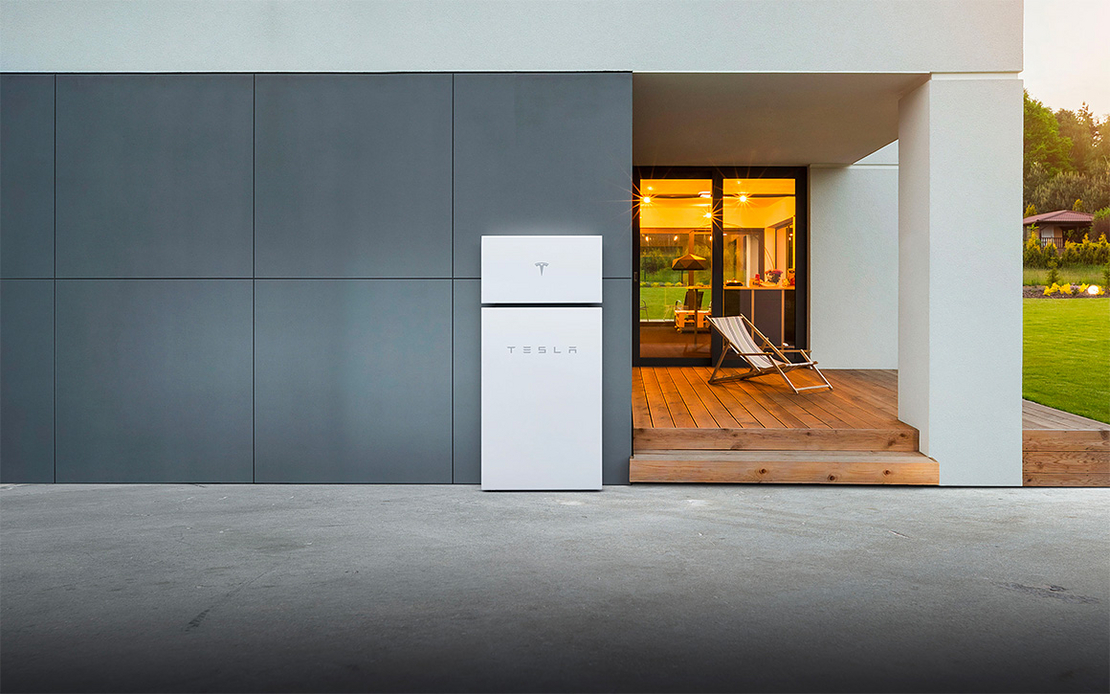 A Tesla Inc. Powerwall attached to a home. In Texas, the company is promoting the concept of virtual power plants that could tap residential storage systems. Tesla

As Texas faces questions about the reliability of its electricity grid and the state hits a demand record even before the peak days of summer, Tesla Inc. is pitching a novel solution: a virtual power plant made up of its customers’ home solar panels and batteries.

The electric vehicle manufacturer recently asked the Electric Reliability Council of Texas (ERCOT), the state’s main grid operator, to adopt rules that would allow its home storage customers to participate in the market as soon as possible. If successful, Tesla would start operating virtual power plants (VPPs) before the end of this year, using its customers as a grid resource and, in turn, allowing customers to sell electricity back to the grid.

But the rules sought by Tesla could do more than just provide a new source of reliable power in a time of need. They could “change, or augment, the paradigm of how we’ve viewed the electricity market,” said Joshua Rhodes, a research associate with the Webber Energy Group at the University of Texas, Austin. Any VPP experiment is being closely watched as U.S. utilities and grid operators prepare for a system with fewer traditional power plants.

Experts say Tesla’s proposal in Texas could be of particular interest given the unique market conditions and reliability challenges there. As electric cars and home storage units proliferate, there’s increasing attention on whether those distributed energy resources (DERs) could be used in consort with each other, acting as a large, dispersed source of power on the grid to meet peak demand.

Dan Power, an analyst with Guidehouse Insights, said that there are significant policy questions and educational issues, but that virtual power plants could “start to cement themselves as not just viable, but essential services to the grid as it’s changing.”

Tesla allowed customers in California to join a VPP model last summer and operates the model in areas of Australia, which has faced reliability issues and price spikes similar to those in Texas. Green Mountain Power in Vermont has also run a well-regarded VPP pilot.

Tesla also recently held a pilot with 64 homes in North Texas that it says lays the groundwork for a permanent program that could see solar systems and batteries supplement or even replace fossil fuel plants deployed to meet peak demand.

A report from Guidehouse Insights commissioned by distributed energy software firm AutoGrid found that ERCOT could replace its fleet of oil and natural gas peaker plants with distributed resources and VPPs, especially in the winter, when the natural gas infrastructure may be unreliable.

With an estimated 32,924 megawatts of distributed energy resources expected to come online between 2020 and 2030, the report found that VPPs would offer a more resilient, flexible and cleaner alternative to peaker plants. That’s especially important in Texas, as the ERCOT grid can only draw limited amounts of power from other regions.

“Tesla’s request represents an opportunity to take advantage of these resources that are already connected to the grid, but are siloed and only providing backup power to a single household,” Power said. “It’s a big step, and ERCOT is going to have to decide how they’re going to treat energy storage going forward. The adoption rate is only going to increase.”

Unlocking the power of distributed energy

The Federal Energy Regulatory Commission pressed grid operators to allow the aggregation of distributed energy resources through its Order 2222, issued in September 2020. However, ERCOT was not subject to the order, meaning Texas is making its own way in its management of distributed resources.

The need for rules, however, is growing. Prompted in part by the widespread blackouts during the February 2021 winter storm, homeowners and businesses have invested heavily in energy storage devices. As of April 2022, ERCOT had 1,732 MW of battery storage installed; by 2030, that is expected to increase to more than 7,500 MW per year. According to the Guidehouse report, that’s even more than New York, where Gov. Kathy Hochul (D) has called for a nation-leading 6 gigawatts of storage installed by 2030.

One MW of electricity can power about 200 homes in Texas at peak demand or 1,000 homes during normal conditions, according to ERCOT.

The state has already explored aggregated assets to provide flexibility and lower demand during peak times. U.K.-based ev.energy, an electric vehicle data company, has operated a VPP model in ERCOT, allowing drivers who use the company’s app to opt into a plan that lowers their charge during a demand response event. In return, ERCOT pays ev.energy, and the company passes the savings on to the drivers.

Joseph Vellone, ev.energy’s head of North America, said the program has been successful.

“The grid gets what it needs; the driver gets what they need in terms of charge and also gets a little extra money in their pocket,” he said.

Now the question is whether — and how soon — Texas could use battery storage in a similar vein.

In a workshop last month, Tesla officials detailed the results of the company’s North Texas pilot project and emphasized that there are “zero technical blockers” to aggregating homes with solar and Powerwall battery storage. They said that “minor changes” to an existing market design concept could “immediately unlock grid reliability services” from DERs.

Joined by officials from Shell Energy Solutions and Sunnova Energy, the company called for a quick rule change that could make the assets available as early as the fourth quarter of this year.

“Home solar & battery customers have been providing their extra clean energy capacity back to constrained grids daily, around the world, and gotten paid for it,” Arushi Sharma Frank, Tesla’s counsel for U.S. energy markets, wrote on LinkedIn. “We’re trying to enable that in Texas/ERCOT this year.”

‘We’re all going to be watching’

The pressure is already on. As temperatures reached triple digits last weekend, ERCOT reported record-high peak demand on Sunday, although there were not widespread power outages.

While ERCOT says it will have enough capacity to meet demand this summer, a federal report cautioned that a combination of heat and supply shortages “could require system operators to use emergency procedures, up to and including temporary manual load shedding” (Energywire, May 19).

The Public Utility Commission of Texas opened a project in May to explore how distributed energy resources could participate in the market and is seeking comment on issues like cost, data accessibility, and transmission and distribution.

“The Commissioners have taken no formal action on Tesla’s proposal. Generally speaking, the Commission supports additional resources being made available to serve the ERCOT grid,” the PUC said in a statement to E&E News. “Tesla’s Virtual Power Plant, like any novel proposal, still needs to be analyzed more thoroughly to ensure that its implementation would not pose any unintended reliability risks.”

In last month’s workshop, ERCOT’s director of market operations, Sandip Sharma, identified several areas of discussion to respond to Tesla’s proposal, including how the new rules might consider the timing of bids for aggregated assets and dispatch factors, as well as how the use of distributed energy resources on the grid could affect transmission and operations planning.

In the long term, power companies have big ambitions for aggregation. In its presentation at the May workshop, Shell Energy said that by using data science and real-time device telemetry, aggregation could eventually provide all ancillary services for the grid. Advanced software linked to storage devices, electric vehicle chargers and other assets could more dynamically meet demand needs, the company said.

“There’s been a big push to unlock the potential of DERs across the state, whether that be storage or solar,” said Rhodes of the University of Texas. “This is likely in response to Winter Storm Uri, which laid bare that our system is not impermeable to extremes. This is a good opportunity to figure out what more to do besides building more power plants to protect the grid.”

Ed Hirs, energy fellow at the University of Houston, said one of the biggest questions will be who controls the power distribution. For example, homeowners may not want to send power back to the grid in a heat wave if they’re trying to run their air conditioning. Communication and compensation will be key, he said.

“A lot depends on the deal terms that Tesla cuts with their homeowners and battery wall owners,” Hirs said. “Is it doable in the ERCOT market? The way this screwed-up market is constructed today, there’s no telling.”

In its pilot, Tesla gave homeowners a $40 gift card to participate, but Hirs said the potential payment from selling stored power onto the market during peak demand could be a significant incentive.

Rhodes said that whatever Texas does will be closely watched, especially with national attention on the grid’s reliability issues. Extreme weather events that tax Texas’ grid could immediately put VPPs to the test — for better or for worse.

“The big question is what happens if this doesn’t work,” Rhodes said. “We don’t know what happens when a virtual power plant doesn’t deliver. That’s something we’re all going to be watching.”