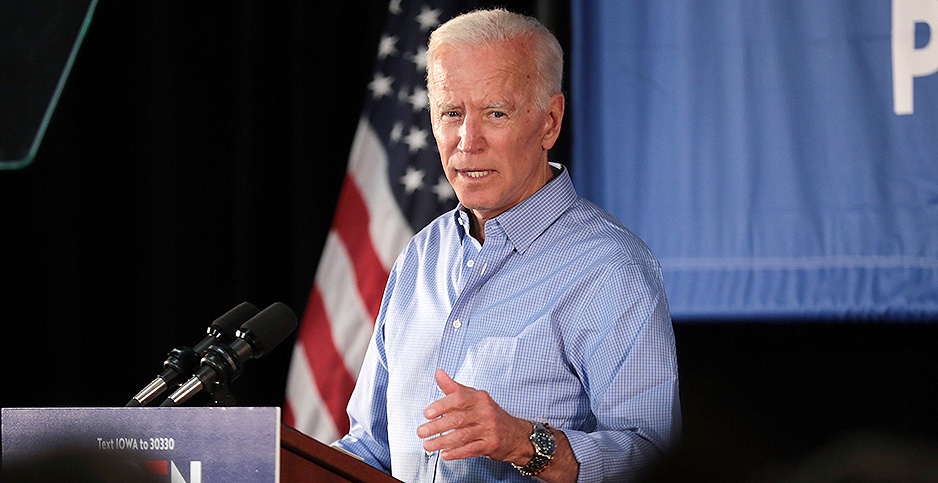 Joe Biden said yesterday that he can distance himself from the Green New Deal without losing progressive voters.

"The Green New Deal that the president keeps trying to talk about is not a bad deal, but it’s not the plan I have — that’s the Biden green deal," the Democratic presidential nominee said during a campaign stop in Ohio.

Biden was fresh off the first presidential debate, in which President Trump sought to tie Biden’s climate plan to misleading claims about the Green New Deal.

The fight has more to do with branding than policy. At the debate, Biden outlined the tenets of his plan; he and Trump then argued about whether that constitutes a Green New Deal, with Trump ignoring or mischaracterizing many of Biden’s proposals.

"What the president’s trying to do is run against someone other than me," the former vice president said yesterday.

Biden also has muddied the waters by giving shifting answers on the Green New Deal. For the most part, though, he’s managed to sidestep intraparty problems by embracing aggressive policy goals without adopting the language of activists.

He did that again yesterday, declining to endorse the Green New Deal but trumpeting goals that align with it.

"I’ve laid out the most extensive plan, with detail on how I will get us to net-zero emissions in the energy sector by 2035, putting thousands of people to work," he said.

Green New Deal supporters are mostly relieved that Biden has moved toward their position after outlining a less ambitious climate plan during the primary. Activists do plan for a more confrontational relationship if Biden wins, but for now they’re more focused on defeating Trump.

"Our candidates who did lost the primary. That has consequences. But he didn’t dunk on it. He defended it. We’ve pushed him to adopt much of it," he tweeted after the debate. "We’ll win it in our lifetimes."

Biden has portrayed his plan as the product of a long, collaborative process. He solicited input from activists and lawmakers, including Rep. Alexandria Ocasio-Cortez (D-N.Y.), the House sponsor of the Green New Deal resolution.

But he also asserted himself as the decider.

"I’ve worked very hard with all segments of the party, we put together a platform that I fully support," he said. "We negotiated, we debated, we had a primary election and I won. And I’ve laid out what we’re going to do. So I’m not worried about losing the left, right or the center of the party. This is a big party."

Biden said he hasn’t spoken to Ocasio-Cortez recently. He said he appreciated her endorsement — though she hasn’t exactly endorsed him, merely saying that it was important to ensure Biden defeats Trump.

Ocasio-Cortez responded to Biden’s comments by saying their positions were different but compatible.

"Our differences are exactly why I joined Biden’s Climate Unity Task Force — so we could set aside our differences & figure out an aggressive climate plan to address the planetary crisis at our feet," she tweeted.