Can the U.S. develop a supergrid before China? 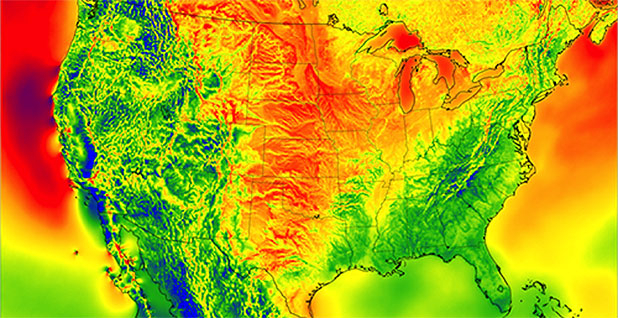 BOULDER, Colo. — In the winter of 2009, Alexander MacDonald, one of the world’s top weather scientists, returned here from climate talks in Copenhagen, Denmark, where he had seen the idea of a workable, international strategy to combat climate change all but collapse.

During the talks, he had managed to have a few beers with U.S. climate negotiators. Any global solution that could effectively stop climate change would double the cost of energy, one of them insisted, and no politician who supported that could survive the resulting public backlash. MacDonald had seen news reports quoting a former Washington, D.C., energy policymaker saying that solar and wind power might get cheaper but couldn’t help much because they were too variable.

His radical idea would probably have been swept into history’s dustbin years ago, but MacDonald was not a man whose weather-related energy ideas could easily be dismissed. He was the National Oceanic and Atmospheric Administration’s head of the Earth System Research Laboratory. He directed the efforts of 650 scientists and technicians whose mission was to develop a better understanding of the physics and chemistry of Earth’s weather and atmospheric systems and put that information to use.

He mined his laboratory’s supercomputers to get solar and wind data from 152,000 points in the United States on an hourly basis and researched the merits and costs of new HVDC power lines, a new transmission technology first developed in Europe, to see how fast renewable energy could be collected and dispatched. He wanted a new national grid, superimposed on the existing one, that would create a lightning-fast, electricity-trading system. It would match the peaks with the valleys of energy use in different areas.

Democrats would approve the idea because it could mitigate climate change. Republicans, MacDonald thinks, might be attracted because the HVDC lines could be buried underground, giving improved national security protection for the nation’s power system. Underground cables would be shielded from a particular type of nuclear weapon attack — called an electromagnetic pulse — that could otherwise overload power lines and cause severe damage to electronic control equipment over large areas. Buried power lines would also be more protected from solar flares and terrorist attacks.

"If you had a presidential mandate, putting this below ground would move," MacDonald asserted in an interview. "The first duty of government is to protect our people, you just can’t blow away our climate for 10,000 years. This gives us a national chance." MacDonald has since retired from NOAA and is pushing his plan from a private company here in downtown Boulder. NOAA’s version of the supergrid proposal sticks to an above-ground version to control costs.

‘The market is not calling for this’

The National Renewable Energy Laboratory (NREL) and a group of experts from industry and universities issued an earlier study in 2012 that called for a grid that had a mix of HVDC and AC lines carrying renewable energy. It would use new HVDC lines to help improve the connections between the nation’s three existing power grids. And it seeks more renewable energy storage to help regions deal with the variability of wind and solar.

"What you want is flexibility to move power, and for that you have to remove artificial barriers to doing so. There is real economic value when you do that," said Bryan Hannegan, one of the leaders of this effort, who, like MacDonald, is also a meteorologist. "What you’re seeing is that there is not yet a single national plan for our transmission grid. Sandy [MacDonald] has put on the table a policy debate for the next administration, one that’s well worth having," explained Hannegan, an associate director of NREL and co-chairman of the Department of Energy’s efforts to define the needs for the future national power grid.

"We’re looking to try to create more of that national connectivity that the NOAA authors were looking for in their report," said Hannegan, but he added that the NREL study would not build as many HVDC lines because distributed energy at the local level, mainly rooftop solar power, is being deployed more rapidly in some regional markets, particularly California’s.

The Electric Power Research Institute, which does research for 90 percent of the nation’s electricity generators and for some overseas members, sees the supergrid as more of an argument than an economic reality. "Most definitely the market is not calling for this," asserted Rob Manning, vice president of transmission for EPRI, which is based in Palo Alto, Calif.

"That is a strategic view of the infrastructure that says a supergrid would be good for the U.S.," Manning said. "The market itself, though, is not calling specifically for HVDC or anything like that. It’s kind of the dilemma that we’re in."

Liu Zhenya, chairman of China’s state-owned power company, State Grid Corp. of China, wants to sell its engineering expertise abroad and has asked the United Nations to consider promoting what Liu calls the "Global Energy Connection." He has also talked about shipping renewable energy from western China as far as Germany.