Can the world run on clean power? Scientists clash 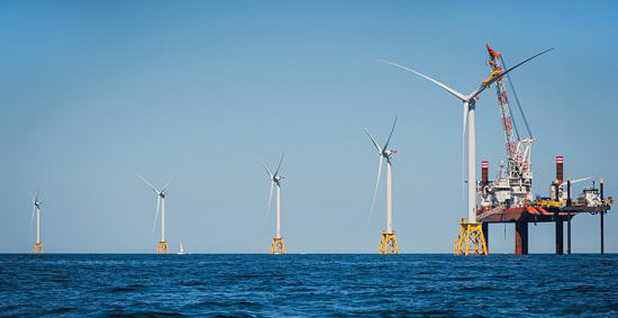 Can we power the world with just wind, water and sunlight?

There are many ways to fight climate change, but the one that seems to get the most attention and generate the most controversy is the idea of shifting toward 100 percent renewable energy.

From Hollywood actors like Leonardo DiCaprio to lawmakers on Capitol Hill like Sens. Bernie Sanders (I-Vt.), Jeff Merkley (D-Ore.) and Ed Markey (D-Mass.), many have endorsed the prospect of switching to a solely renewable-energy-based economy.

However, some researchers don’t think this is the best way to address climbing temperatures, and their disagreements are aired in the pages of a prestigious scientific journal.

In a new report published yesterday in the journal Proceedings of the National Academy of Sciences, 21 scientists took a sledgehammer to the groundwork for moving the world to solely hydroelectric, wind and solar energy.

Lead author Christopher Clack, a former electricity grid researcher at the University of Colorado, Boulder, and at the National Oceanic and Atmospheric Administration, explained that the new study undermines research by Stanford University professor Mark Jacobson. He was referring specifically to a 2015 paper that modeled a renewable energy scenario in the United States where no "natural gas, biofuels, nuclear power, or stationary batteries are needed."

Jacobson has been studying how the United States and the rest of the world can switch to renewables. He co-founded the Solutions Project, an advocacy group that makes a policy case for this transition (Climatewire, June 2, 2016).

"I was actually very excited when that paper came out," said Clack, who is now CEO of Vibrant Clean Energy LLC, a firm that does modeling for high renewable energy levels on the power grid. "I was excited to see what they had done."

The seminal 2015 paper simulated how the United States could run entirely on wind, water and sunlight by 2050, powering not only the electrical grid but the whole transportation system, all heating needs and the entire range of industrial demand.

The electricity sector is only 20 percent of the United States’ total energy use and a fraction of its greenhouse gas footprint, so Jacobson’s study describes an aggressive decarbonization across the whole economy.

Jacobson and his co-authors modeled energy demand, power sources and climate variables and concluded that the United States could reliably power itself using only wind, water and solar energy at an affordable price.

Clack, however, found flaws in Jacobson’s study and mustered 20 other co-authors in formulating his response.

"The one that I found most painful is the claim that they don’t increase hydroelectric power at all in their model," said Clack.

The 2015 paper shows a maximum output from U.S. hydroelectric plants of 145.26 gigawatts, about 50 percent more than the installed capacity today. However, the model shows hydroelectric output exceeding 1,300 GW, nearly an order of magnitude above the projected maximum output.

Clack said this is a significant modeling error that throws off conclusions about the affordability and feasibility of switching to solely renewable energy.

Another issue Clack and his collaborators found was that Jacobson’s study didn’t adequately account for the transmission infrastructure needed to route power from intermittent renewable energy resources across the United States from windy and sunny regions to the still and shady.

In his own study last year, Clack found that the United States could decarbonize its electricity system by 80 percent below 1990 levels, drawing on renewables and high-voltage direct-current transmission (Climatewire, Jan. 26, 2016). However, this only modeled the electricity system and not the entire economy.

The new report also criticizes "implausible assumptions" about new energy technologies. Strategies like underground thermal energy storage, concentrating solar power and hydrogen-powered aircraft are used in Jacobson’s study, but Clack said these technologies are in their infancy today. And betting on cost and performance improvements to anchor projections extrapolates too much from too little, he argues.

The overall conclusion is that Jacobson and his co-authors make extraordinary claims but do not provide the evidence to back them up.

The authors wrote that Jacobson’s 2015 paper "can, at best, be described as a poorly executed exploration of an interesting hypothesis."

"It should not have been published, in our opinion," Clack said.

In a response letter, Jacobson and his team defended their findings and criticized their critics, writing that "Clack et al.’s analysis is riddled with errors and has no impact on Jacobson et al.’s conclusions."

"There’s not a single factually correct statement in their whole paper," Jacobson said. "This is basically put together by nuclear advocates and fossil fuel advocates."

The hydropower numbers, Jacobson explained, are not the result of a modeling error, but an assumption baked into the analysis.

"For the study, we assumed that the discharge rate of hydro would be increased as needed by adding turbines + generators + transformers in the hydro stations thereby increasing the discharge rate," Jacobson wrote in an email to Clack last year.

That suggests Jacobson’s assessment holds the number of hydropower plants steady but increases their peak output. He acknowledged that this fact was obscured in the paper but said that these assumptions were laid out in the computer model used in the study.

"I did neglect to clarify that we increased the number of generators/turbines for each hydro plant (without increasing the dam capacity) and neglected to include the additional cost for turbines/generators," Jacobson wrote to Clack, adding that the costs were minor.

Jacobson said he is open to debating the premises of his paper but bristled at the suggestion that his conclusion is founded on a mistake.

"To say that’s a bad assumption, I would be OK with that," he said. "They are saying that it’s a modeling error, when it was very clear that it was an assumption by us."

Jacobson noted that there are already commercial concentrating solar power installations, and nations like Denmark already use a form of underground thermal energy storage. He also said several startup companies are developing aircraft powered by batteries and hydrogen fuel cells.

He described Clack’s paper as an agenda-driven polemic that doesn’t introduce any new science, as peer-reviewed papers are often required to do. Jacobson added that Clack wants attention for his own work, noting that Clack tweeted to DiCaprio after the actor sent out a tweet citing Jacobson’s work.

"It’s not a scientific paper, it’s a letter to the editor," Jacobson said of the new study.

This academic pugilism is unusual, observers say, but the fight over whether 100 percent renewable energy is feasible has drawn a high profile and could have real-world consequences.

"No, it’s not common," said David Keith, a physics professor at Harvard University who was not involved in either study. "It’s happened here because Jacobson has been outspoken. He’s been able to get a lot of attention."

Keith said that he’s skeptical of Jacobson’s oeuvre on energy modeling. "Jacobson just exaggerates, not just on this, but most topics," he said.

However, Keith counseled humility about making projections about the future. He noted that the price of solar energy is declining so fast that it has forced modelers back to the drawing board to reformulate low-carbon scenarios to use less nuclear power and carbon capture and storage.

"Folks like me were wrong about being as skeptical as we were 10 years ago," Keith said.

Regarding Jacobson’s analysis, Keith said that deep decarbonization of the economy is a laudable goal, but relying solely on renewables while ruling out other options would make the transition unnecessarily difficult.

"Unless you have a religious reason to do it, it doesn’t make sense," Keith said.

His own studies show that it is possible to dramatically increase renewable energy if the grid includes some dispatchable power, whether that’s natural gas with carbon capture or nuclear power (Climatewire, Sept. 8, 2015).

However, beyond a certain threshold, increasing renewable energy leads to diminishing returns and other hurdles crop up, like land limitations for wind turbines or the environmental footprint of making solar panels.

Joe Romm, who led the Department of Energy’s renewable energy division under President Clinton and is a fellow at the liberal Center for American Progress, said he’s surprised that Clack and his team spent so much effort rebutting Jacobson’s 2015 paper.

"I wouldn’t have spent all this time trying to debunk it," he said. "Clean energy solutions are changing so fast in real time that most people’s understanding of what’s happening, if they’re paying attention, is out of date within two years."

In an era when the United States is backing out of international climate commitments and the heads of DOE and U.S. EPA both say that carbon dioxide is not the primary driver behind climate change, is this debate among scientists even worth having?

On this point, everyone involved agreed that it’s necessary to slug this out.

"It’s important to examine these kinds of things because there is going to be a lot of movement at the state level and the city level," Clack said.

Jacobson noted that California has already set a target to power itself by 100 percent renewable energy by 2045, and there are matching proposals at the national level, so these ideas may start to be manifested. "There’s a Senate bill for 100 percent clean renewable energy," he said. "There are two bills in the House."

Meanwhile, Romm said it would be worthwhile for the researchers on both sides of the fence to establish a set of common facts that would lay the foundation for further debates. "I would love to get all of these people in a room for two days to brainstorm this problem," he said.

Keith added that arguments and criticism among scientists on these issues are not likely to be resolved by a single solution, nor should they be. "I think the day that scientists present a united front is the day they stop being scientists," he said. "This mostly isn’t about science; it’s about economics."

But the researchers all said that keeping dangerous warming in check requires cutting humanity’s greenhouse gas emissions to zero by midcentury.

"All the authors on our paper and all the authors of Jacobson’s paper have the same goal: We want a low-carbon economy as quickly as possible," Clack said.