Can wild carbon markets be tamed? 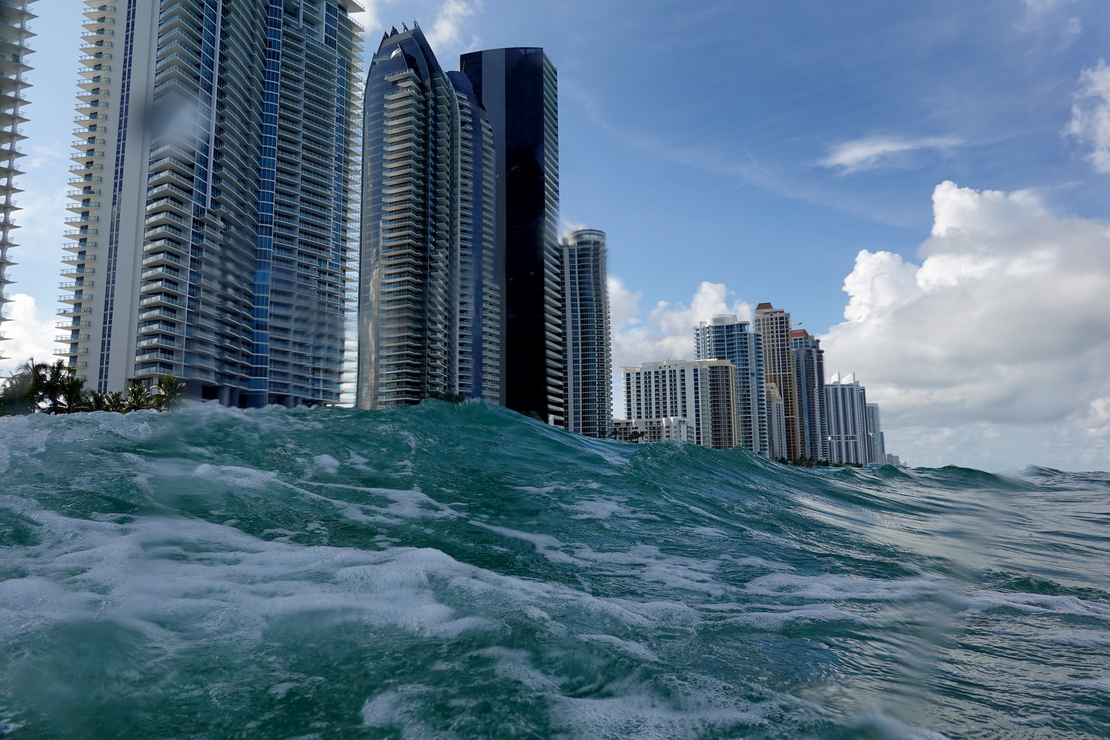 Among climate wonks, few topics spur as much debate as the role of voluntary carbon markets in the fight against global warming.

To some, voluntary markets that allow companies to offset their greenhouse gas emissions are a scam — a way for industry to say it’s reducing climate pollution without any official way to check it.

To others, these markets offer untold potential. Supporters say a system that compels polluting companies to pay for their emissions is one of the best ways to encourage the business world to invest in climate action.

Now, there’s a growing effort to bring order to the voluntary carbon market and put uniform rules in place. Meaningful guidelines, the thinking goes, will make it easier for companies to access the system and give it much-needed legitimacy.

The effort could help determine whether the voluntary carbon market — estimated at $2 billion worldwide — contributes to the global climate fight or makes the situation worse.

But if used responsibly, voluntary carbon markets could channel “billions of dollars into climate change mitigation around the world that otherwise would not be forthcoming,” Broekhoff said. “That’s what’s at stake.”

One major obstacle for voluntary carbon markets is that participation is optional — and entirely unregulated.

That sets voluntary carbon markets apart from government-backed “compliance markets,” which require companies to manage their carbon emissions. One of the few mandated U.S. examples is California’s cap-and-trade program, which was launched in 2013 and sets a declining cap on the emissions of major polluters, which they can then meet in part by buying and trading carbon credits.

Those markets have exploded in recent years amid an onslaught of lofty corporate climate goals — many of which rely in some form on carbon offsets. So much so that voluntary carbon markets have quadrupled in value between 2020 and 2021, topping the $2 billion mark, according to Ecosystem Marketplace, an environmental finance nonprofit.

“The voluntary carbon market right now, yes, it’s booming,” said Pedro Barata, an associate vice president at the Environmental Defense Fund. “But it’s booming from a very low basis and with not a lot of infrastructure around it.”

Working to address that issue: two international groups that are months away from establishing new guardrails intended to get the market in order.

Both groups already have fielded preliminary versions of their guidance — and plan to release final iterations in the first quarter of this year. ICVCM focuses on the characteristics that would render a particular carbon offset project legitimate. VCMI’s work looks at the other side of the coin: how companies should be permitted to use the markets.

Depending on their final approach, those standards stand to become the first-ever international guardrails around the unwieldy markets.

Not everyone’s on board. Critics say third-party efforts to corral the markets are unlikely to move the needle — and could provide even more cover for bad corporate behavior. French nonprofit Reclaim Finance, for instance, has argued that any effort to expand carbon markets is “at best hazardous from a climate perspective.”

But proponents say it’s a vital effort because the credibility problem only will intensify if the market remains unchecked. Another possible outcome: companies get cold feet amid an unreliable market and heightened corporate scrutiny — surrendering billions of dollars for climate action.

“The voluntary carbon market is all about credibility,” EDF’s Barata said. “If you don’t have that, the companies just walk away.”

Voluntary carbon markets have been around for decades. But they took off in earnest over the last several years amid a deluge of corporate climate commitments — and resulting concern over the role of offsets in accomplishing them.

That kicked off a “period of reasonably intense activity” to ensure carbon markets actually facilitate the clean energy transition and deliver dollars to the people and places where they’re most needed, said Rachel Kyte, dean of Tufts University’s Fletcher School who previously served as the World Bank Group’s special envoy for climate change.

That period, as Kyte put it, began in September 2020, when sustainable finance heavyweight and former Bank of England Governor Mark Carney announced the launch of the Taskforce on Scaling the Voluntary Carbon Markets. The idea was to create a group of experts charged with writing a “blueprint” that would grow and streamline the controversial markets by zeroing in on carbon credits and the projects that underpin them.

The following summer, the panel released a road map that included creating an independent permanent body to take on the group’s mission — and eventually finalize guidelines around carbon offsets using feedback from companies, carbon registries, green groups and more.

And so was born the Integrity Council for the Voluntary Carbon Market, an organization made up of dozens of climate change and carbon market experts.

The group’s “theory of change” is to come up with a “seal of approval” that could make it less risky for companies to purchase high-quality offsets, said Broekhoff, who sits on ICVCM’s expert panel. “And that will grease the skids for the market.”

To be sure, ICVCM is not the first group to tackle the challenge. Organizations known as carbon crediting accounting registries have long set their own standards for carbon offsets, accredited them accordingly and then issued them on the market. The four key ones are Verra, Gold Standard, the Climate Action Reserve and the American Carbon Registry.

The major registries’ different policies and practices — combined with repeated controversies over approved offsets and a proliferation of newer, less known standards — has convinced outside groups there needs to be additional, overarching oversight.

Just the latest example: an investigation published this week by The Guardian. It examined some of Verra’s rainforest preservation projects and found 90 percent of approved forest carbon offsets within them are “largely worthless and could make global warming worse” because they do not represent legitimate carbon reductions.

Verra forcefully rejected the findings. In a statement, Verra CEO David Antonioli called the article inaccurate — accusing the researchers of using a flawed methodology, disregarding the organization’s updated methods and downplaying the “considerable success” of Verra’s efforts to preserve forests.

Bringing more oversight to voluntary carbon markets means assessing the registries themselves to ensure they have basic governance policies in place to prevent, for instance, conflicts of interest. But it will also require creating and enforcing standards for the carbon credits that the registries issue.

“You could [describe] our work as basically assessing the quality of their work,” said Barata, who co-chairs ICVCM’s expert panel.

Among the most vital issues the group will focus on is ensuring carbon credits are “additional” — that the emissions reductions would not have happened absent the carbon offset — and that they are permanent. Also critical: ensuring carbon offsets do not finance projects that have adverse impacts on the environment or surrounding communities.

Gold Standard supports the objective of the ICVCM to ensure carbon credits and standards meet the highest possible levels of quality — and it intends to integrate the group’s “core carbon principles” subject to a review of their final form, spokesperson Jamie Ballantyne said in an email.

Verra, for its part, also supports the goals of the ICVCM. But spokesperson Anne Thiel said in an email that the company is concerned the group will impose a “blunt, one-size-fits-all approach” that would duplicate existing work, fail to sufficiently consider outside input and be “unfeasible” to implement.

Verra believes taking that approach — as opposed to a “principles based review” of the existing standards — would “drastically reduce” the dollars flowing into projects on the ground.

The Climate Action Reserve and the American Carbon Registry did not respond to a request for comment.

ICVCM’s current plan is to release a first set of requirements in March — which will focus on the registries — with a second set coming in the spring that would focus on credits specifically.

The challenges don’t stop at offsets. The other major issue: Even if companies are investing in legitimate climate projects with lasting climate benefits, it doesn’t mean they’re using them responsibly.

According to Kyte, it was clear early on “that a separate group had to work on the demand side, and look at, well, what is the integrity of a claim that a company might make when it uses the voluntary carbon market.”

Enter the Voluntary Carbon Markets Integrity Initiative, or VCMI, which is backed by the United Kingdom and made up of climate and carbon market experts from a sprawling set of organizations. VCMI’s goal is to create a code of conduct to make clear that companies with net-zero goals must first work to avoid new emissions — and then reduce their existing emissions — before they can resort to offsetting any residual emissions.

“What people are concerned about is companies overrelying on carbon offsets, essentially,” said Broekhoff.

That concern isn’t without reason. Thousands of companies have set splashy climate goals in recent years but provided few details about how they plan to get there.

VCMI launched its first code of practice over the summer. If finalized as is, it would assign companies a VCMI label — gold, silver or bronze — based on their climate commitments and stated use of offsets. To achieve “gold” status, for instance, a company must be on track to hit their interim climate goal by actively reducing the emissions associated with their operations, electricity use and supply chains — while also offsetting 100 percent of emissions that cannot be immediately reduced.

Kyte, who is a co-chair of the group’s steering committee, said the goal of the tiered approach is to provide a point of entry for companies who face higher barriers to decarbonization, such as technological challenges or operating in an emerging market, until they can start addressing a larger portion of their carbon footprint.

The idea is that a label from VCMI would make clear when it is appropriate for companies to rely on offsets — and which companies are acting accordingly.

VCMI is on track to release an updated version in March, Kyte said.

Even after the two standards are released there will be other issues to handle. A major one: accountability.

“If you say that you’re VCMI gold, who checks if you really are or not, right? Where’s the accountability?” Kyte said. “There’s lots of pieces of a mature market which don’t exist yet” but will be in the works over the coming year, she said.

Another challenge will be striking a balance between setting standards that could fundamentally transform voluntary carbon markets and ensuring those standards aren’t so stringent that companies look elsewhere for guidance or back away from carbon markets entirely.

Correction: An earlier version of this story gave an incorrect timeline for when ICVCM expects to release two updated guidance documents. The first set will be released in March, with the second coming later this spring.