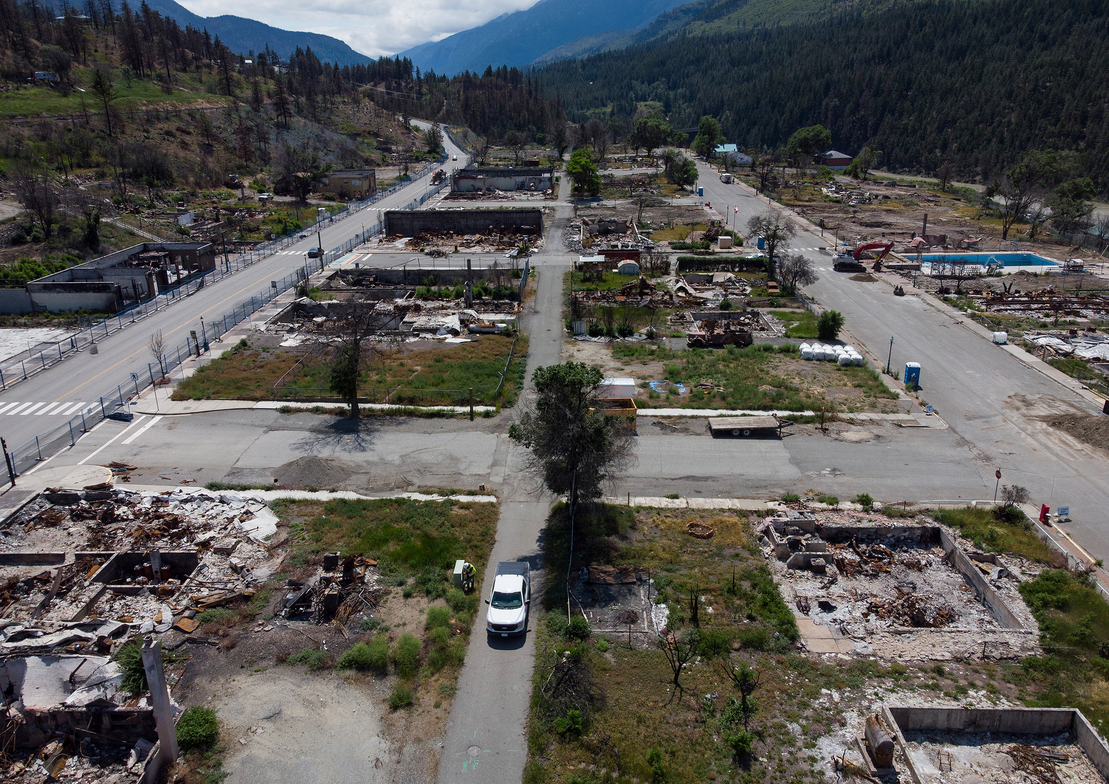 Canadian environmentalists are launching a new effort to sue the fossil fuel industry over climate change, hoping to imitate similar lawsuits in the United States and abroad.

The Sue Big Oil campaign began last week with a website that asks British Columbians to sign a declaration calling on local governments to set aside $1 per person for a community fund to do more about climate change, including taking the industry to court to seek damages.

The novel effort comes a year after a record-breaking heat wave sent temperatures in parts of Canada’s westernmost province soaring above 120 degrees Fahrenheit.

“Our communities saw last year just how much climate change costs us,” said Andrew Gage, a staff lawyer with Vancouver-based West Coast Environmental Law. “But none of those costs appear on the balance sheets of the huge fossil fuel companies most responsible for causing climate change.”

He said the group is proposing that the local governments file a class-action lawsuit.

“This is treating climate change as serious enough to deserve litigation,” Gage said at an event launching the campaign.

Though nearly two dozen U.S. cities, counties and states have gone to court seeking to hold oil and gas corporations accountable for localized climate effects, no such litigation has been tried in Canada.

The city of Victoria, British Columbia, in 2019 supported a lawsuit but later backed off from the idea. Instead, a group that represents British Columbia cities and towns endorsed a resolution at its annual convention that same year that called the lawsuits “not an appropriate direction.” It called instead for working with energy companies to address climate change.

“Municipal councils, to their credit, have signaled to these groups that they are willing to be more collaborative and they recognize that energy is complicated,” said Stewart Muir, executive director of Resource Works Society, an industry-friendly advocacy group in Vancouver.

In a 2019 policy brief, Muir called the lawsuits an “inappropriate use of the legal system,” arguing that engaging in yearslong litigation with no guarantee of success would cost local governments and could result in job losses for the industry.

Muir estimated that if the $1 per person fund were created, it could generate close to $5 million.

“But I don’t think there’s any hope of that happening,” he added.

Most of the U.S. climate liability cases have been tied up in jurisdictional disputes for several years as oil and gas companies have sought to move the cases from the state courts where they were originally filed to federal benches, which are seen as more favorable venues for industry.

A group of Canadian law professors argued for the lawsuits in a 2019 letter, noting that the cities of Toronto and Victoria had considered lawsuits against fossil fuel companies, and a number of Canadian communities had asked federal and provincial governments for legislation to clarify the rules for such litigation.

The legal experts concluded at the time that there was a “solid legal basis” for Canadian governments to sue, said one of the authors, Stepan Wood, director of the Centre for Law and the Environment at the University of British Columbia’s Peter A. Allard School of Law.

Since 2019, the case for climate litigation “has only gotten stronger,” Wood said at the campaign launch. Wood noted that climate change has worsened, climate science has improved, and “demands for corporate management and disclosure of climate-related risks have increased.”

Wood said similar lawsuits have been filed against the manufacturers of products including asbestos, breast implants and tobacco.

“Some people might object that climate accountability litigation is hypocritical, because everyone, including governments, is implicated in the fossil economy,” Wood said. “But the companies that make and sell the fuels knew it caused climate change while resisting regulation and misleading the world, and must bear some legal responsibility for the resulting costs.”

Canada’s oil and gas industry represents a major sector of its economy, but Wood said the litigation should not be seen as an “attack on Canada’s resource industries; it’s an opportunity for them to step up and be responsible.”

He noted legal obstacles, including proving causation between the sources of climate change and their contribution to damages, but he said that the government could point to a growing body of international cases in which courts have ruled in favor of environmental advocates.

In one case in the Netherlands, The Hague District Court last year ruled that Shell must slash its greenhouse gas emissions 45 percent by 2030 from 2019 levels (Climatewire, May 27, 2021). That case, which Shell is appealing, was brought by environmental groups.

Laurie van der Burg, who led legal and campaign strategy for the case and is now global public finance campaign co-manager at Oil Change International, told the group she was initially not confident about succeeding but believed that pursuing the case would draw attention to the industry and its role in climate change.

“I think it shows to other oil and gas companies that they can be held accountable,” she said, “that they have a legal responsibility to act, and if they don’t act, then we as the people will hold them accountable.”