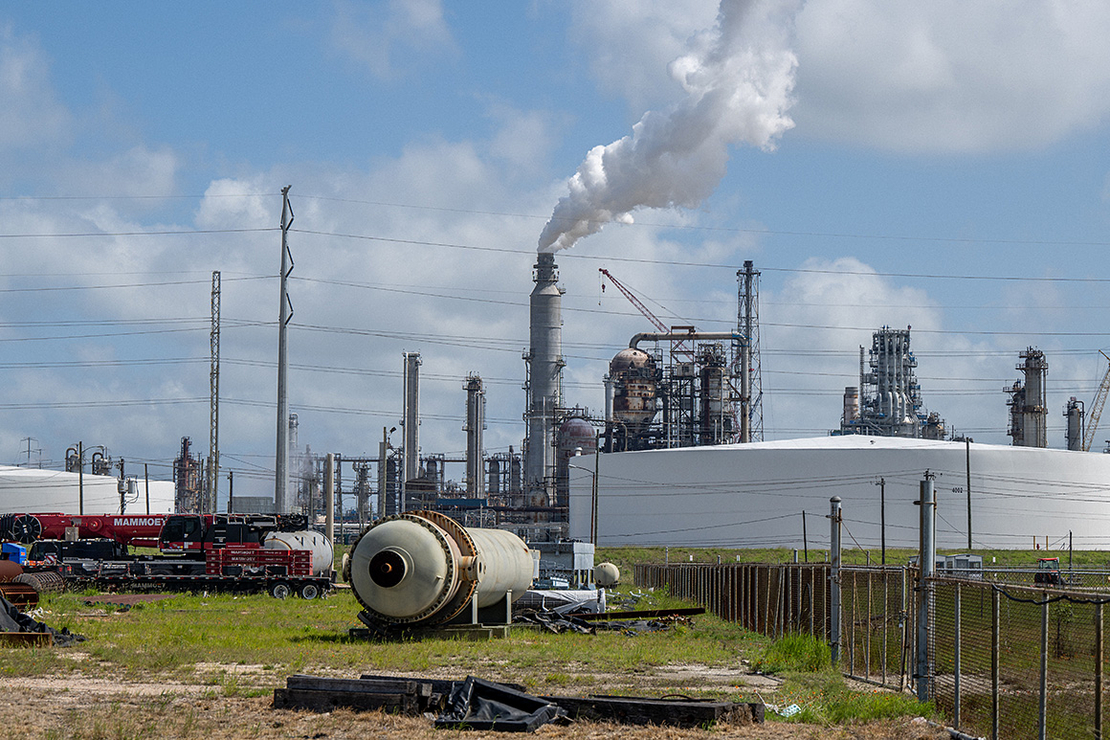 On its website, Marathon Petroleum Corp. touts a commitment to the environment that transcends run-of-the-mill regulatory compliance.

“Safe, environmentally responsible operations are central to our company values and a key part of our commitment to stakeholders,” the Ohio-based oil refinery says.

But at Marathon’s highest-capacity operation, that pledge isn’t showing up in one key gauge of a cancer-causing pollutant, according a roster released today.

From 2018 to 2021, average net fence-line concentrations of benzene at the Galveston Bay, Texas, plant more than doubled; as of last year, those were at twice EPA’s “action level” of 9 micrograms per cubic meter of air, the Environmental Integrity Project, a nonprofit watchdog group, reported in an online summary of company monitoring data released this morning.

Out of 118 refineries covered in the summary, the Marathon facility was among a dozen where average annual fence-line levels last year exceeded the 9 micrograms threshold set in 2015. While that total — which includes two plants that are now closed — was down slightly from 2020, it underscored the continuing challenge to EPA regulators in reining in emissions of a particularly dangerous pollutant. Benzene exposure is linked to a higher risk of leukemia and can lead to anemia, according to the Agency for Toxic Substances and Disease Registry. The compound can also pass from a mother’s blood to a fetus, with animal studies showing a tie to low birth weights.

More than 6 million people live within 3 miles of a refinery, with populations of low-income people and communities of color at rates nearly twice that of the general population, according to EPA estimates cited in the summary. In an emailed response to questions, EPA spokesperson Taylor Gillespie said the agency is reviewing the monitoring data and has launched several investigations “to determine the reason for the elevated benzene emissions.”

But at the Environmental Integrity Project, Executive Director Eric Schaeffer said the agency needs to be more forthcoming.

“Benzene levels this high — it’s time to explain what you plan to do about it,” Schaeffer, who once headed EPA’s civil enforcement office, said in an earlier interview. Earlier this year, EPA’s inspector general announced a review of federal, state and local oversight of the monitoring program (E&E News PM, Feb. 22).

In an email, Marathon spokesperson Jamal Kheiry said the company is continuing to take “aggressive steps” to cut benzene emissions, resulting in consistent drops in the biweekly monitoring samples. But “atypical events,” such as a winter storm early last year that led to widespread power outages in Texas, “have caused isolated spikes in data, which have negatively impacted annual averages,” Kheiry said.

Also citing unusual circumstances was Indiana-based CountryMark,whose refinery showed an increase in fence-line benzene levels from 5.8 micrograms per cubic meter of air in 2020 to 11.5 micrograms last year. CountryMark representative Belinda Puetz attributed the jump mainly to a plant “upset” that was soon fixed.

Following EPA requirements, the company undertook a root cause analysis of the reasons for the exceedance, followed by a corrective action plan, Puetz said in an email. Since last November, monitoring levels have been below the threshold of 9 micrograms, she said.

Another plant registering a steep climb in benzene concentrations during the same time was a Valero Energy Corp. refinery in Louisiana where the annual average rose from 3 micrograms to 14.1 micrograms. A spokesperson for the Texas-based firm did not reply to a phone message and follow-up email yesterday seeking comment.

Not on the latest list of refineries exceeding the action level was a Delek U.S. Holdings Inc. facility in Louisiana that in 2020 had an annual average benzene level of 31 micrograms, the highest in the the U.S. (E&E News PM, April 28, 2021). In a statement this morning, a representative for Tennessee-based Delek said the company is committed to environmental stewardship and had taken more than a half-dozen steps to curb benzene releases. Among them: upgrades to storage tank roofs, third-party inspections of roofs seals and use of an optical gas imaging camera.