Candidates off to N.H with Iowa results unknown 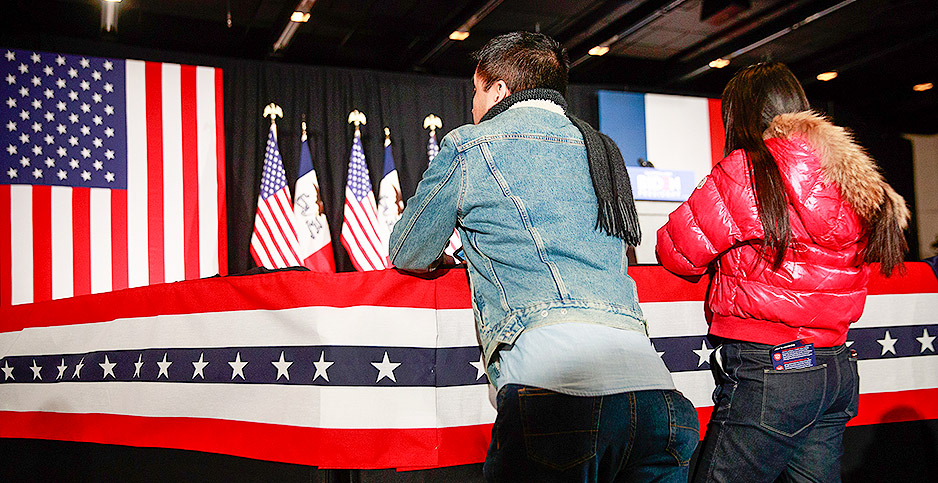 The delay has led to frustration and anger from the public, the media, campaign staff and others who had expected the results last night — in line with previous years.

The Iowa Democratic Party said throughout the night that it was conducting a "quality check" on the figures.

The party cited its new policy of releasing not just the percentages of the statewide delegates that each candidate got — but also the total number of caucusgoers for each candidate and the results of the first round of caucusing before voters picked their second choices — as part of the reason for the delay.

"We found inconsistencies in the reporting of three sets of results," party spokeswoman Mandy McClure said in a statement after 10 p.m. local time, hours after the results were released in previous years.

"In addition to the tech systems being used to tabulate results, we are also using photos of results and a paper trail to validate that all results match and ensure that we have confidence and accuracy in the numbers we report," she said.

The party built a phone app for local officials to report results. But despite reports of significant problems with the app and officials who had to bypass it, McClure denied the app failed or was hacked.

Frustrated candidates eventually responded to the delay by giving speeches at the caucus night parties they had set up, starting with Sen. Amy Klobuchar (D-Minn.).

"We know there are delays, but we know one thing: We are punching above our weight," declared Klobuchar. As one of the few candidates from the Midwest, Klobuchar had put significant resources and effort into Iowa.

Former South Bend, Ind., Mayor Pete Buttigieg went a step further, seeming to declare victory despite the lack of any results being publicly released, save for the occasional precinct.

"So we don’t know all the results, but we know by the time it’s all said and done, Iowa, you have shocked the nation," he said in his caucus-night speech. "Because by all indications, we are going on to New Hampshire victorious."

"We brought together an extraordinary coalition of Americans, progressives, moderates … and future former Republicans," said Buttigieg, who had worked to carve out an establishment track in the campaign but focused on a unity message.

"And that’s how we’re going to win in November, because it’s about adding people to our cause, adding to our majority," he said.

Sen. Bernie Sanders (I-Vt.), who went into the Iowa caucuses as the polling leader just ahead of former Vice President Joe Biden, released a tally early this morning of local precinct results gathered by Sanders volunteers at 40% of the state’s precincts, which the campaign said represented a cross-section of the state.

In the unofficial tally, Sanders won with 28.62% of the state-level delegates, who are chosen by precincts to go to the state party convention to pick an equivalent share of the national party delegates.

Buttigieg’s campaign put out its own internal numbers, which showed the former mayor with 28% of the delegates, based on the campaign’s data from 75% of precincts.

Candidates and their senior aides flew to New Hampshire during the night to do one final week of campaigning there before the Granite State’s primary slated for Feb. 11, the first primary election of the 2020 election.

Nonetheless, as the nation’s first nominating event, the Iowa caucuses hold considerable weight. That state’s winner typically receives a sizable momentum boost, and the winners of the last four Democratic caucuses have gone on to win the party’s nomination.

He said, “Democrats are stewing in a caucus mess of their own creation with the sloppiest train wreck in history. It would be natural for people to doubt the fairness of the process. And these are the people who want to run our entire health care system?"