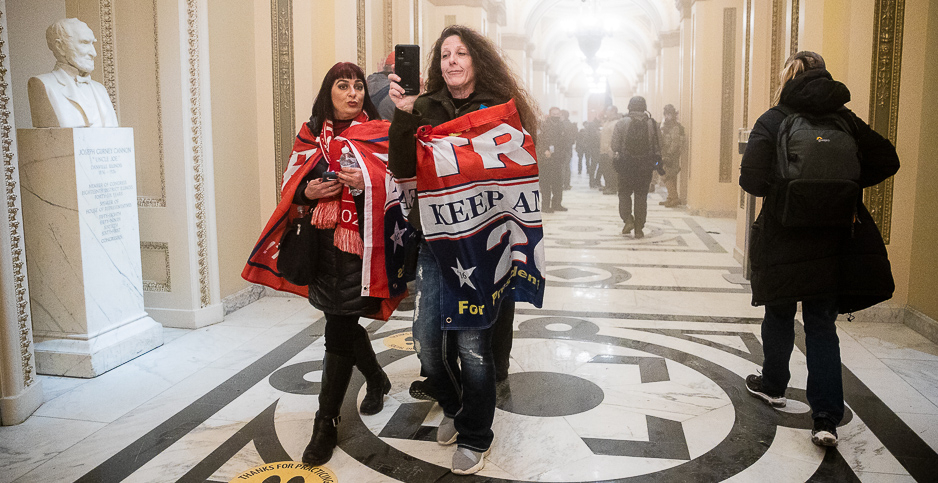 Rioters who charged the Capitol on Jan. 6 hoping to preserve Donald Trump’s power may have actually hurt the former president’s environmental legacy.

It comes down to a technical provision in the Congressional Review Act that requires hard copies of regulations be sent from the Senate parliamentarian’s office to committees before they are formally "received by the Congress."

To finalize a rule, agencies must send the regulation to both the Office of the Federal Register and to Congress. Whichever happens later prompts the rule to be deemed "received."

On Jan. 6, EPA sent three regulations to the Senate parliamentarian. One was the first-ever greenhouse gas emissions rule for airplanes, which environmentalists dismissed as useless.

Another included unchanged National Ambient Air Quality Standards for ozone, an air pollutant experts say is among the most dangerous in the United States today. EPA also sent an action affecting the Denver area.

After receiving the rules, the parliamentarian had to route them to send them to the Senate Environment and Public Works Committee — a process that can take several days.

But on Jan. 6, the mob ransacked the office. File cabinets were toppled over, and documents were strewn across the floor. And as a result, sources in and outside Capitol Hill say, the rules may have taken longer to make it to committee.

Records show that the EPA rules finally made it to EPW on Jan. 22. That’s after President Biden took office. The White House’s new chief of staff, Ron Klain, had by then issued a memo to freeze all Trump rules that had not gone into effect.

Former President Trump’s team had drafted the rules to go into effect immediately to make them less vulnerable to the incoming Democrats. "The rioters to some extent worked against their savior Donald Trump," as one advocacy source put it.

Sources, who spoke on the condition of anonymity, could not say for certain whether the rioters really made the difference. A person answering the phone at the parliamentarian’s office declined to comment.

Curtis Copeland, a retired Congressional Research Service analyst, said delays can happen — with or without a riot. "Sometimes it is just a couple of days; sometimes it is longer," he said.

Copeland said a year ago, on Jan. 6, 2020, two rules were initially submitted to the Senate and were referred to committees on Jan 8.

"In all probability, the insurrection did lead to some rules being frozen which would otherwise been issued as final rules," said Jim Tozzi, who worked in the White House regulations office for five administrations. "That said, the intricacies inherent in administrative state are even beyond the reach of the most warped of minds."

The White House Office of Management and Budget did not respond to questions for this story. The Klain memo told agency heads to postpone rules that had been published in the Federal Register but not taken effect. It is unclear which rules are on the list.

An EPA spokesperson declined to say if the ozone or the airplane greenhouse gas rules made the memo. But the spokesperson confirmed that the two rules are both "under review" — "as are all actions issued under the previous Administration."