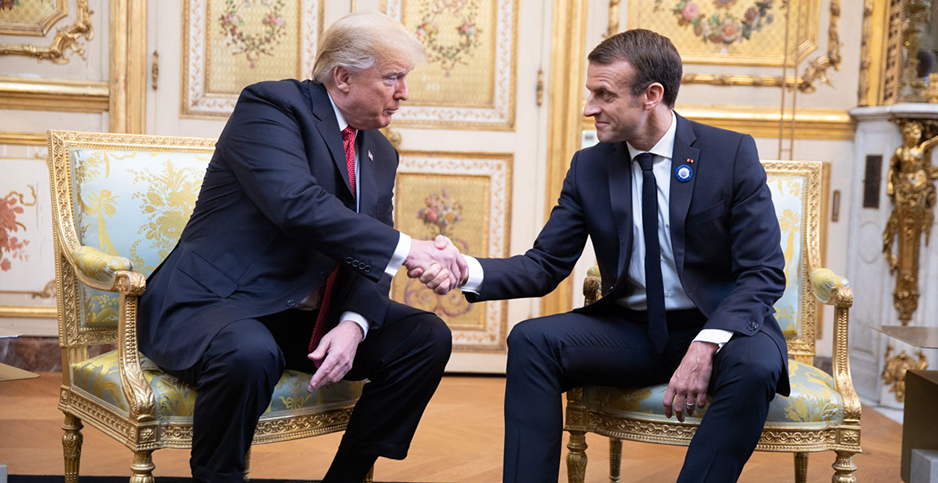 American carbon tax supporters say it’s unfair to draw too many conclusions from the unrest in France over new motor fuel taxes there.

That’s exactly what President Trump did on Twitter yesterday.

The president sent a tweet yesterday after French President Emmanuel Macron bowed to public pressure and temporarily suspended the motor fuel taxes, which are already among Europe’s highest.

Trump linked the protests to his distaste for the Paris climate accord, saying on Twitter yesterday: "I am glad that my friend @EmmanuelMacron and the protestors in Paris have agreed with the conclusion I reached two years ago. The Paris Agreement is fatally flawed because it raises the price of energy for responsible countries while whitewashing some of the worst polluters."

But advocates pushing for climate action in the United States say the president’s message was misleading, conflating Macron’s decision with a rejection of the Paris Agreement.

Beyond misinformation, climate advocates in the U.S. also say the situation in France doesn’t undermine their argument for a carbon tax.

"There’s lots of ways you could structure a carbon tax, which would avoid problems like this," said Jerry Taylor, president of the Niskanen Center. "It seems to me a little bit silly to constantly obsess over the idea that any increase in prices via tax is somehow the equivalent of bringing us into a European situation."

He added, "Look, I’m no expert on French politics. But based on the media reports I’ve seen, these demonstrations and riots and acts of violence have virtually nothing to do with the fuel tax, and a lot to do with other grievances with the French system."

Many of the protesters view Macron as elite and out of touch with the working class, complaining that his policies favor the wealthy.

Citizens’ Climate Lobby, the group behind the bipartisan Climate Solutions Caucus, also seized on the situation in France to defend carbon pricing in the U.S. yesterday.

CCL is backing bipartisan carbon fee-and-dividend legislation from Rep. Ted Deutch (D-Fla.). The bill would put a $15-per-metric-ton price on carbon emissions, rising by $10 each year. Net revenues would be returned to households as a dividend (E&E Daily, Nov. 28).

"Public resistance to fossil fuel price hikes, like that seen recently in France, can be overcome by returning revenue to households," CCL said in a statement yesterday.

"The experience in Paris reiterates the importance of returning carbon fee revenue directly to the American public," Bertelsen said. "This proposal ensures that we reduce emissions at the required scale and speed while also ensuring that we grow the economy. It’s also a plan that polling has shown is immensely popular with voters on both sides of the aisle."

Still, Americans for Tax Reform has been circulating an editorial in The Wall Street Journal that calls the French unrest part of larger global opposition to carbon pricing.

"France’s violent Yellow Vest protests are now about many domestic concerns, but it’s no accident that the trigger was a fuel-tax hike," states the piece by the conservative newspaper’s editorial board. "Nothing reveals the disconnect between ordinary voters and an aloof political class more than carbon taxation."

The piece goes on to contend that "the carbon tax revolt is worldwide," citing the fact that voters in Washington state last month rejected a carbon fee on the ballot (Climatewire, Nov. 7).

But Alex Flint, executive director of the Alliance for Market Solutions, argued the opposite is true, that the economy would be better protected and even grow if the United States moves to tax carbon.

If revenues from that tax are reinvested, he said, the results could be economic growth rather than the economic stagnation that is the real reason protesters marched in Paris.

"If we take a carbon tax off the table, all we have left are needlessly inefficient and expensive regulations," he said. "The economy is not a reason to avoid acting on climate. Rather, we need to reduce carbon pollution to avoid the impact of climate change on our economy."