Carbon trading finds a foothold in at least 20 states 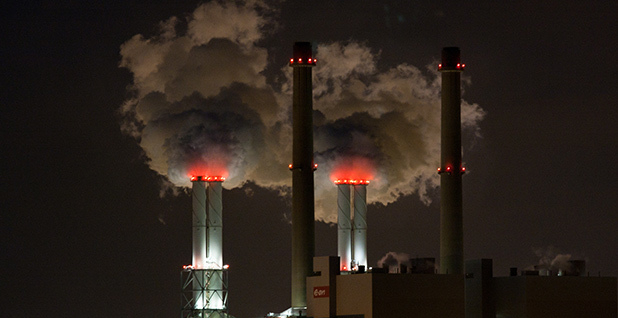 Beneath the political storm raging around the Obama administration’s climate change rules for the electricity sector, a quiet but powerful push for carbon trading is spreading across the nation.

In at least 20 of the 47 states that must meet U.S. EPA requirements, top policymakers or major utilities are pushing for a system where power generators could purchase carbon allowances or credits across state borders as a way to meet EPA’s goals.

Power plants in nine Northeastern states already voluntarily participate in a carbon-trading regime, and California runs its own economywide system. But even in states like Arizona, North Carolina and North Dakota — whose governors are staunch opponents of the Clean Power Plan — the key players increasingly see trading as the most attractive way to regulate carbon produced by power plants if the rule prevails against court challenges.

"You can do this without using markets, but it is, put simply, really hard to do at a low cost," said David Hoppock, senior policy associate with Duke University’s Nicholas Institute for Environmental Policy Solutions, a group that has been coordinating compliance discussions among Southeastern states.

Twenty-seven states and countless industry groups are adamant, for a number of reasons, that the Clean Power Plan is illegal. The Chamber of Commerce, for one, argues that power generators can’t reach the required carbon levels individually.

"EPA’s performance rates are not performance rates at all," the Chamber states in a report released today, charging that the emission reduction targets "are based primarily on the presumption that power plant owners should replace coal- and gas-fired generation with massive amounts of new renewable energy."

EPA counters that it is not requiring states to use carbon trading and was fulfilling requests from the power industry — including investor-owned utility trade group the Edison Electric Institute — in making interstate trading more accessible in the final rule.

In North Dakota, Gov. Jack Dalrymple (R) regretfully acknowledged in October that carbon trading is "where we could eventually wind up" (ClimateWire, Oct. 5, 2015). Dalrymple has deep concerns about the Clean Power Plan’s cost to his state and feels EPA has forced North Dakota’s hand.

Power companies in other red states are urging a similar path. In North Carolina, political leaders are suing EPA and will test the agency’s authority by submitting a compliance plan that will not meet requirements. But Duke Energy, a six-state utility based in North Carolina and a supporter of the Clean Power Plan, is a big proponent of carbon trading, and has been heard at Washington, D.C., events lobbying for a specific kind of trading system.

A similar push is happening in America’s heartland. Joe Citta, the environmental manager at Nebraska’s largest electric utility, the Nebraska Public Power District, said that "being able to trade is definitely a positive outcome of the final rule" (EnergyWire, Jan. 4).

But industry observers foresee several regional power-sector carbon trading programs emerging in the early years of the Clean Power Plan, largely because states with different political and economic priorities may use incompatible trading systems to comply with the rule. States that want to cap emissions, for example, can’t trade with states that want to meet an average rate of carbon each year.

Robert Nordhaus, a law partner at Van Ness Feldman who in 1970 drafted the Clean Air Act provision that underpins the Clean Power Plan, predicted that if the regulation survives, "even if you start out with a wide diversity of approaches to trading, within the decade, we’ll have one or two major trading systems in this country and most states will have adhered to one or another interstate trading system."