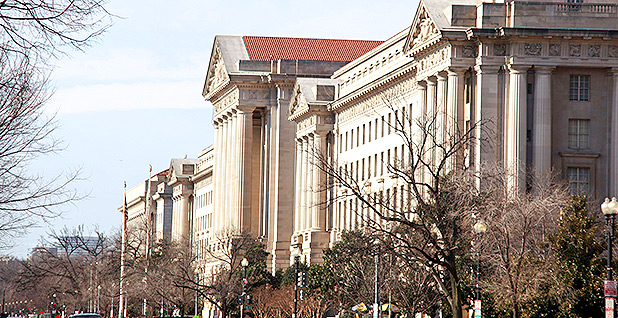 As political appointees began assembling a strategic plan to guide the agency through 2022, staffers in the Office of Research and Development alerted them to risks facing their programs.

The most serious risk — in terms of both its likelihood of happening and the extent of its potential impact — was that ORD would be unable to maintain a "sustainable workforce," says the undated draft assessment staffers had to provide to EPA’s Office of Program Accountability and Resource Management by Aug. 2, 2017.

Obtained via a Freedom of Information Act request, each of the document’s seven pages includes the header "Do not distribute: Internal and deliberative."

The closely held assessment indicates there was a "very high" chance that ORD would be unable to keep enough qualified employees in "mission critical positions … to meet the needs of the research and assessment effort and the product production schedules required by the Agency and other clients."

A particular concern the staffers highlighted is that political leaders might allow the agency’s Title 42 authority, which allows EPA to hire highly qualified scientists at salaries above the federal pay scale, to expire next year. The damage done by that outcome would be "high," ORD staffers predicted.

Tina Bahadori, a Title 42 employee who leads ORD’s National Center for Environmental Assessment, said on Feb. 1 that her program was already suffering from "significant attrition."

Referring to her staff scientists, Bahadori told a National Academies of Sciences, Engineering and Medicine panel, "Believe me, I’ve shackled and imprisoned them, but they are still going."

Yet when EPA issued its five-year plan later that month, the section to which ORD had contributed included only one strategic measure: "increase the number of research products meeting customer needs." Its plan for achieving that goal included no mention of the agency’s workforce challenges.

Instead, staffing problems were described as an "emerging" issue for EPA. "Recruiting and maintaining a strong workforce with appropriate scientific and technical skillsets are also critical to EPA’s research effort," the plan said.

Meanwhile, EPA Administrator Scott Pruitt has repeatedly called on the Republican-controlled Congress to slash his agency’s budget and downsize the workforce — requests lawmakers have largely ignored.

"Reductions and uncertainty in funding levels means ORD is at risk of lacking adequate budget levels to adequately fund and implement research programs," the document said.

"The advent of reorganizations put at risk ORD’s ability to maintain continuous expert staffing, program management, and support for program offices," the risk assessment said. Efforts that could be harmed include the agency’s research on toxic chemicals, human health and air quality.

Staffers determined that those risks, which also weren’t addressed in the strategic plan or budget request, could also have "high" impacts on ORD.

EPA leadership’s decision to disregard the ORD recommendations is further proof that "there is a fundamental disdain for career recommendations," according to a staffer familiar with the 2017 assessment. "And they have remained focused on their objective to shrink the agency, reduce its impact and cripple any opportunity for future empowerment."

EPA didn’t respond to a request for comment about the differences between the draft document and the agency’s plan and budget.