Carolina dams hold up — for now 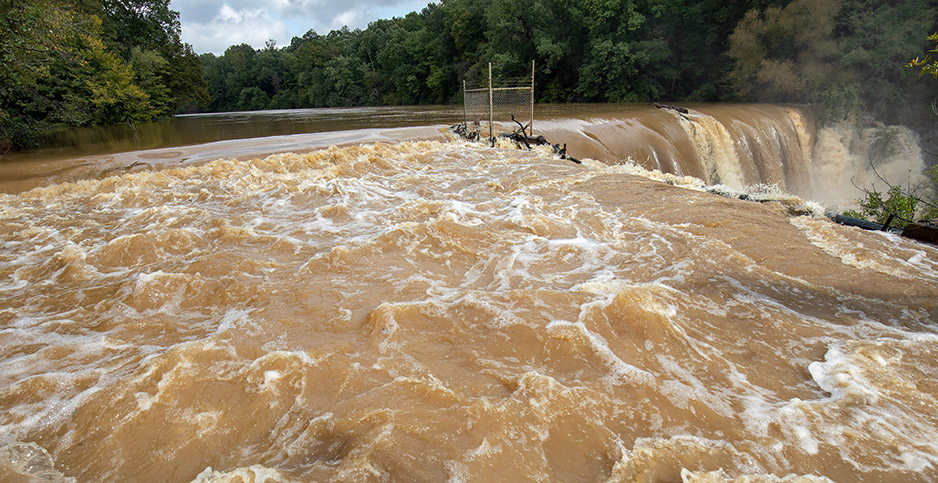 In the aftermath of Hurricane Florence, the Carolinas’ aging dams have emerged as an unsung success story — at least so far.

Only one North Carolina dam — in Brunswick County — has breached. The state is home to more than 3,400 dams. In South Carolina, two small, low-hazard dams have failed, a tiny percentage of the state’s more than 2,400 dams.

"I have been a little surprised that we haven’t heard of more issues with dams," said John France, an engineer and dam safety consultant based in Denver.

France and other experts cautioned that the worst may be to come. Rivers are still rising, putting additional strain on dams in both states.

The risk appears particularly high in North Carolina, where there are 1,448 dams classified as "high hazard," according to the Army Corps of Engineers’ National Inventory of Dams. "High hazard" means a failure would result in the loss of life.

Most of those dams are more than 50 years old, and 185 were rated in "poor" or "unsatisfactory" condition in recent inspections.

Concern about the dams has put state officials and local residents on high alert. Multiple false alarms of dam breaches have been reported, and a mandatory evacuation was ordered at a lake in Hoke County, near Fayetteville. The dam there was overtopped but did not fail.

The dam at the coal ash pond was found to be in poor condition during an inspection last year.

Mark Ogden of the Association of State Dam Safety Officials noted that both states have suffered through severe storms in recent years that caused dozens of dam failures.

In October 2015, torrential rains in Columbia, S.C., caused 51 dams to fail. A year later, Hurricane Matthew made landfall on the South Carolina coast and another 25 dams popped.

In North Carolina, Matthew caused at least 17 dams to breach.

"These areas have been hit by a lot of really significant storms in recent years," Ogden said, "so maybe a lot of the dams that were vulnerable to this type of rainfall and flooding conditions have already failed, or they are the ones that have been rebuilt."

North Carolina has long had a robust dam safety regulatory agency, and the recent storms in South Carolina led that state’s Legislature to bolster its program.

Both programs have million-dollar budgets and about 20 full-time employees. In the lead-up to Hurricane Florence’s landfall, both began reaching out to dam owners to make sure they were prepared to consider safely lowering lake levels to make room for stormwaters (Greenwire, Sept. 12).

France, the dam safety consultant, noted that many of the dams that were rebuilt following the previous storms with enlarged spillways, which allows them to safely release more water in emergency situations.

He cautioned, however, that neither state is in the clear yet.

"It might be a little premature until we see the storm pass and we see what happened," he said.