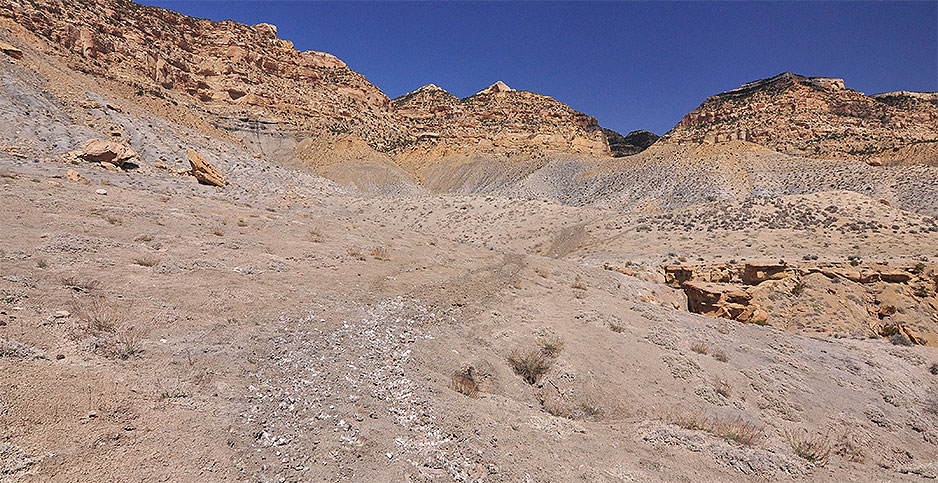 SALT LAKE CITY — A dispute over ownership of more than 35,000 miles of roads that transect public lands here in the Beehive State returned to federal court this week, where Utah state and local officials argued they are the rightful owners of routes across national monuments and wilderness areas.

Senior Judge Clark Waddoups of the U.S. District Court for the District of Utah yesterday opened a four-week trial focused on 15 rights of way in Kane County, Utah, a collection of routes that range from well-used gravel roads to streambeds.

The roads are just a sliver of the more than 12,000 disputed rights of way in the state, the focus of lawsuits filed in 2012 by Utah state officials and nearly two dozen county governments.

The debate focuses on roads established under a Civil War-era mining law meant to ease access to public lands. The roads have become a flashpoint in the state’s pushback against new wilderness areas and restrictions on other public lands (Greenwire, Jan. 31).

The trial itself will serve as a bellwether for the remaining queries — setting standards over evidence like maps, videos and surveys of the routes, as well as witness testimonies.

"This is about trying to complete a framework” to deal with the thousands of claims, Assistant Utah Attorney General Anthony Rampton said in his opening argument.

At issue is the 1866 federal law, known as Revised Statute 2477, that created the roads. Congress repealed that law when it passed the Federal Land Policy and Management Act in 1976, but valid rights of way created under the old law — and in continuous public use for at least a decade — were permitted to endure.

Because of that requirement, Rampton acknowledged the state’s case will rely heavily on previously recorded depositions as well as live testimony from individuals who claim to have used the roads in the 1960s and ’70s.

"There’s going to be a heavy reliance on depositions, and that is just the plaintiffs’ reality," added Rampton, an imposing man with a full head of white hair. He later added: "I don’t know what percentage of the potential witness pool that was alive in 1976 is now gone, but it must be large."

In a separate opening argument, attorney Shawn Welch, who is representing Kane County, pushed back against the idea that the case is little more than a land grab "where the plaintiffs are trying to take something from the United States."

"All we’re really here to show and prove is the public accepted a right of way," Welch said. "This was a grant straight from Congress to the state and counties, or to the public."

He likewise noted that records demonstrating the roads’ existence could fail to meet modern-day standards and offered an anecdote from an unidentified county commissioner.

"If I attended a meeting but I don’t sign the roster, did I not attend the meeting?" Welch recalled the official asking him. He asserted the same thing applied to roads missing from a map, since the route still exists on the ground.

In a pretrial brief filed last month, the Justice Department’s Environment and Natural Resources Division dismissed the Kane County claims as largely moot, noting that at least five of the disputed roads are "presently used or open to use by the public," and ownership of the roads is not in dispute.

The government has also sought to dismiss the state’s and county’s ownership claims because the statute of limitations for challenging the roads is long expired.

In an opening argument, DOJ trial attorney Joe Kim told the court that he expects the case should focus on evidence showing local governments accepted the government’s grant of a right of way.

"The core fundamental acceptance requirement is going to be construction," Welch added.

That same standard derailed attempts by Utah to seize control of similar routes in the early 2000s. At that time, a model claim centered on a Juab County road known as Weiss Highway failed when records surfaced showing that Interior itself had constructed the road in the 1930s (E&E Daily, Sept. 17, 2004).

Following a one-day delay to the trial’s start — the court canceled proceedings Monday after nearly 9 inches of snow fell on the city, according to the National Weather Service — the case moved quickly.

Plaintiff witnesses included two former Utah Department of Transportation officials responsible for visiting and recording roads in the state in the 1960s and ’70s, as well as current employees in the state’s Public Lands Policy Coordinating Office.

Former Utah DOT official Charles Theobald, who was employed by the state from 1959 to 1993, recalled his work conducting inventories of state roads in a 1962 Plymouth passenger vehicle.

"We had to drive over all public roads in the state of Utah and each county," Theobald told the court, explaining that the trips included a driver, an employee tasked with recording notes on details like road conditions and buildings, as well as a county representative.

The state used the maps he created to reimburse local governments for maintenance services.

He also explained how the local governments could add new routes to the state’s analog database.

"When we came to a road that wasn’t on the map and they said they really wanted that road but it was still primitive, if we could drive over that in a car, we would go ahead and plot that system on our sheets so it can be placed on a map," Theobald recalled. "At that time it would be classified as a primitive road."

But the surveys, he added, did not attempt to include every "primitive" or unimproved road in a county.

During cross-examination, Assistant U.S. Attorney John Mangum pressed Theobald on who actually maintained the roads he surveyed, whether it was a local or federal agency.

"Isn’t it the case that most of the time if you saw the road was maintained, you just assumed it was the county who had done the maintenance?" Mangum asked.

But Mangum noted Theobald had previously denied knowing who had maintained the roads in a deposition conducted in 2018. According to a transcript Mangum read in court, Theobald had testified: "We just assumed the county was doing that."

Such mundane details could prove a key point in the argument over ownership of a right of way.