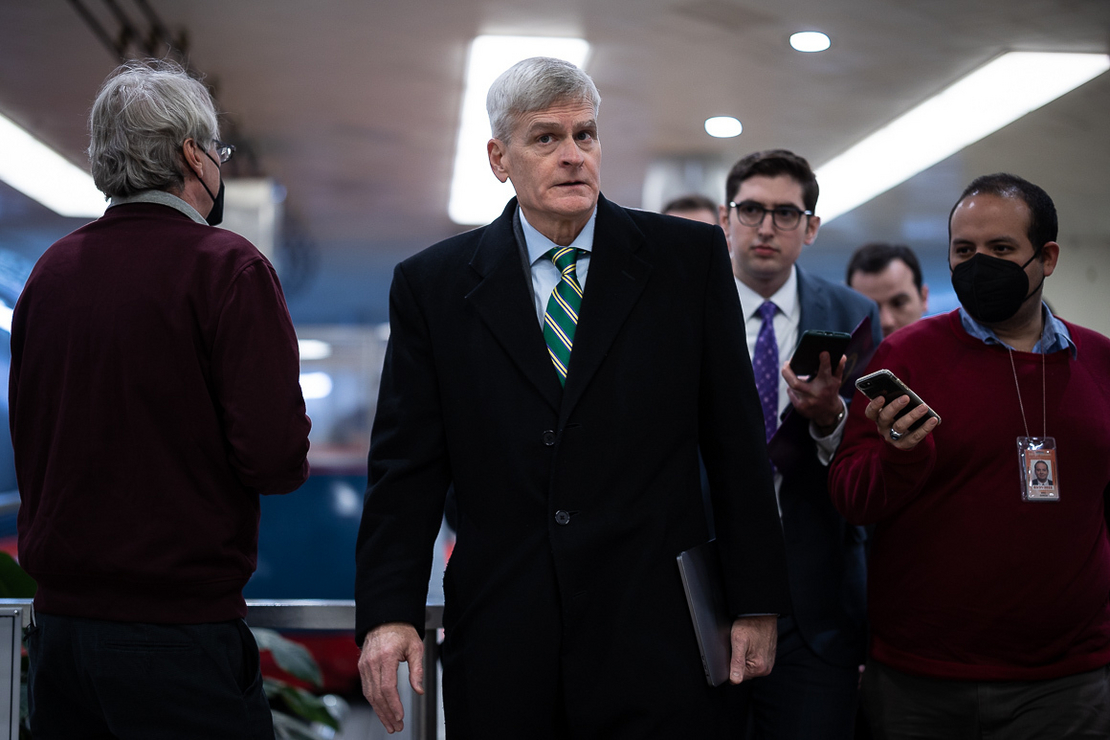 Cassidy’s office announced this afternoon that the senator has decided to block all EPA nominees from moving forward due to “unnecessary delays” by EPA on Louisiana’s application to permit carbon sequestration wells.

In a statement, Cassidy said his state is “the ideal location” to store carbon underground.

“We have met the requirements and we have the workers, capacity and resources to begin this process. All that’s needed is the green light from the Biden administration,” Cassidy said. “The EPA has emphasized their desire to lower emissions and ensure a healthy environment yet hinders Louisiana’s ability to do just that.”

EPA spokesperson Enesta Jones told E&E News, “EPA is aware of the senator’s request and will respond through the proper channels.”

Cassidy spoke today with EPA Administrator Michael Regan regarding Louisiana’s carbon capture application. That conversation followed the senator’s move to place holds on the agency’s nominees, according to Cassidy’s office.

Biden has four pending EPA nominees. They are Amanda Howe, nominated to lead the agency’s mission support office; Chris Frey, picked for the head of its research office; David Uhlmann, in line to be the top enforcement official; and Carlton Waterhouse, selected for the head of EPA’s solid waste office.

Ty Bofferding, a Cassidy spokesperson, told E&E News that currently only Frey and Howe are on the executive calendar for full Senate confirmation, so those are the senator’s current holds.

“As it stands, Senator Cassidy plans to hold any and all EPA nominees that come up for Senate confirmation, including Uhlmann and Waterhouse should they advance out of committee,” Bofferding said.

At issue with the agency is who has regulatory authority, or “primacy,” over carbon capture wells. Supporters of the technology say it takes too long for EPA to permit projects. In turn, energy-producing states like Louisiana are vying for the power to do so. The Biden administration has been looking at states to take on that authority, too.

Last week, Jennifer Wilcox, a senior Department of Energy official, said that if more states have primacy, more carbon sequestration projects could be launched (Energywire, Feb. 10). Wilcox’s comments were cited by Cassidy’s office in the senator’s announcement of the holds today.

Cassidy is not the only senator to place holds on Biden’s EPA nominees.

Sen. Cynthia Lummis (R-Wyo.) still has holds on all four nominees, her spokesperson confirmed to E&E News earlier today. That stems from a dispute between EPA and Wyoming over the state’s regional haze plan for the Jim Bridger power plant.

The Senate Environment and Public Works Committee had originally planned to vote on Uhlmann and Waterhouse’s nominations earlier today, but that markup was postponed due to senators’ scheduling conflicts (Greenwire, Feb. 16)