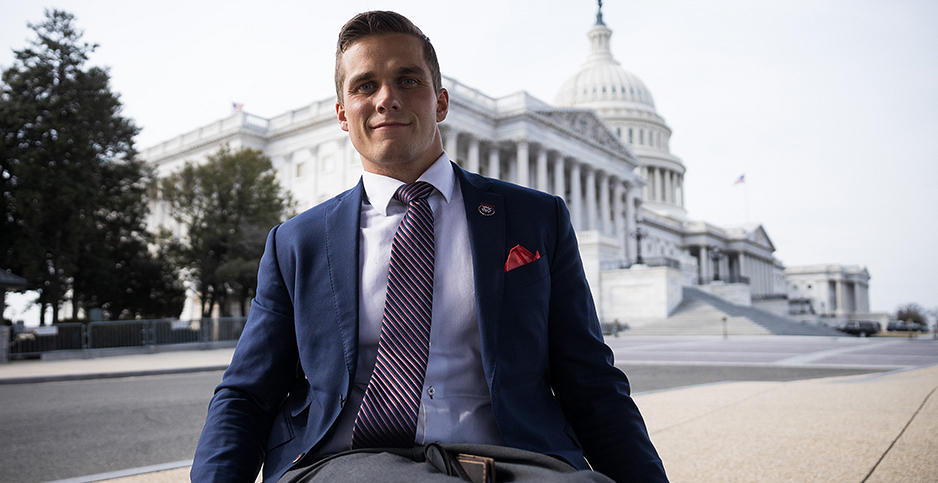 Freshman Rep. Madison Cawthorn introduced legislation last week known as the "Donument Act." This is not a typo.

Regarding this bill, H.R. 2390, "Donald" refers to the first name of former President Trump, and the monument would be what gets put in place to protect portions of the U.S.-Mexico border wall constructed during Trump’s tenure.

Such protections would constitute the "Southern Border Wall National Monument" across 289,920 acres in California, Arizona, New Mexico and Texas. The Bureau of Land Management would be given administrative control over the monument.

The measure has virtually no chance of becoming law in a Democratic-led Congress or being granted a hearing in the House Natural Resources Committee, the panel of jurisdiction of which Cawthorn is not a member.

The bill does, however, mark a new strategy for Republicans looking to draw a contrast between their immigration policies and those of the new Biden administration as the border experiences another surge of migrants.

Natural Resources Committee Republicans could also decide to champion the Cawthorn bill as a way of inserting themselves, and their portfolio, into a national conversation about immigration policy.

The GOP is waging a full-scale blame campaign against President Biden for the new influx of migrants at the southern border, many of whom are unaccompanied minors who are being detained indefinitely in poor conditions during an ongoing pandemic.

Trump, of course, faced a similar crisis during his presidency. However, Republicans say Trump sought to stop illegal immigration by deploying resources to build a border wall that would be impossible to penetrate, whereas Biden’s rhetoric during his 2020 presidential bid sent a message that he wouldn’t turn anyone away.

Democrats have consistently argued the wall is unnecessary and xenophobic, and one of Biden’s first actions was to halt its further construction and freeze the use of billions of dollars that had been earmarked for its completion. The "Donument Act" would force Biden to maintain portions of the wall that have already been erected.