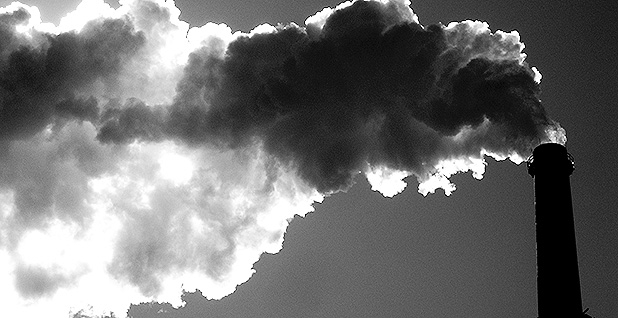 The Energy Department’s inspector general found the agency messed up in its management of the Texas Clean Energy Project. Señor Codo/Flickr

The Department of Energy allowed millions of dollars slated for a Texas carbon capture project to be used improperly for lobbying, alcohol, travel and "social" expenses, the agency’s inspector general said in an audit released today.

The watchdog found that the Office of Fossil Energy approved $38 million to be distributed to the Texas Clean Energy Project, which was never built, without adequate documentation to ensure the money was used for intended purposes.

In one instance, more than $600,000 in consulting fees related to the project may have been charged for things such as spa services, limousines and first-class trips, auditors said.

"The issues identified occurred, in part, because Fossil Energy had not always exercised sound project and financial management practices in its oversight," the report said.

"We believe that Fossil Energy should thoroughly evaluate and address the issues and apply lessons learned to other similar projects," auditors wrote.

The Texas Clean Energy Project was one of several big carbon capture initiatives for which DOE allocated funds following President Obama’s 2009 stimulus package. It envisioned a commercial coal plant near Odessa, Texas, capturing and storing more than 90 percent of its CO2 emissions.

The audit reported that Summit and associates used more than $1.3 million for "questionable" or prohibited purposes, including catering on a private jet and banquet room rentals.

The IG said invoices with spa, limousine and alcohol expenses were particularly concerning because they included Summit employees traveling with one consulting firm, increasing the risk of double billing.

Another $1.2 million may have been used illegally for prohibited lobbying services. In one instance, Summit may have overstated the value of a cost share with a land purchase by $384,000.

In one example, invoices for $16.9 million in subcontractor costs did not include details about the nature of services provided or the number of hours worked.

The audit notes that the company disputed that funds were used improperly for lobbying. Project developers said the questioned billing was to obtain clarification on an IRS rule, not to change legislation.

In a statement, Summit Power Group said it disagreed with the findings and was disappointed that the report was issued without any advance opportunity for review.

"As a condition of receiving the award, Summit put in place rigorous financial oversight controls and as the report notes, the project underwent annual external audits that found no significant findings or questionable costs," Summit said.

Because of those external audits, the DOE IG said it was not questioning many of the costs. "However, these audits were not typically conducted until well after Summit had been reimbursed," the watchdog said.

Overall, the Office of Fossil Energy said it agreed with the IG’s recommendations and would take "corrective action."

In an accompanying letter, Assistant Secretary for Fossil Energy Steven Winberg said, "The facts and circumstances detailed in the report support the decision to discontinue this high-profile, major demonstration project."

Several actions would be implemented immediately at the fossil office, including requiring detailed documentation to be submitted for reimbursements, reviewing cost share procedures at NETL and having a contracting officer review costs specifically related to Summit, he said.

Kurt Waltzer, managing director at Clean Air Task Force, said in an email the report was "incredibly frustrating" because the U.S. underinvests in low-carbon technology.

"We need to keep some DOE grant-making ability in the clean energy toolkit for early stage efforts — and DOE clearly needs to reform its oversight, but the most important way to avoid these problems with big commercial projects is performance-based incentives like (tax credits) — so people get paid for what they do," he said.

Last week, Congress approved expanded tax credits for carbon storage projects that advocates had been pushing for for almost a decade (Greenwire, Feb. 9).