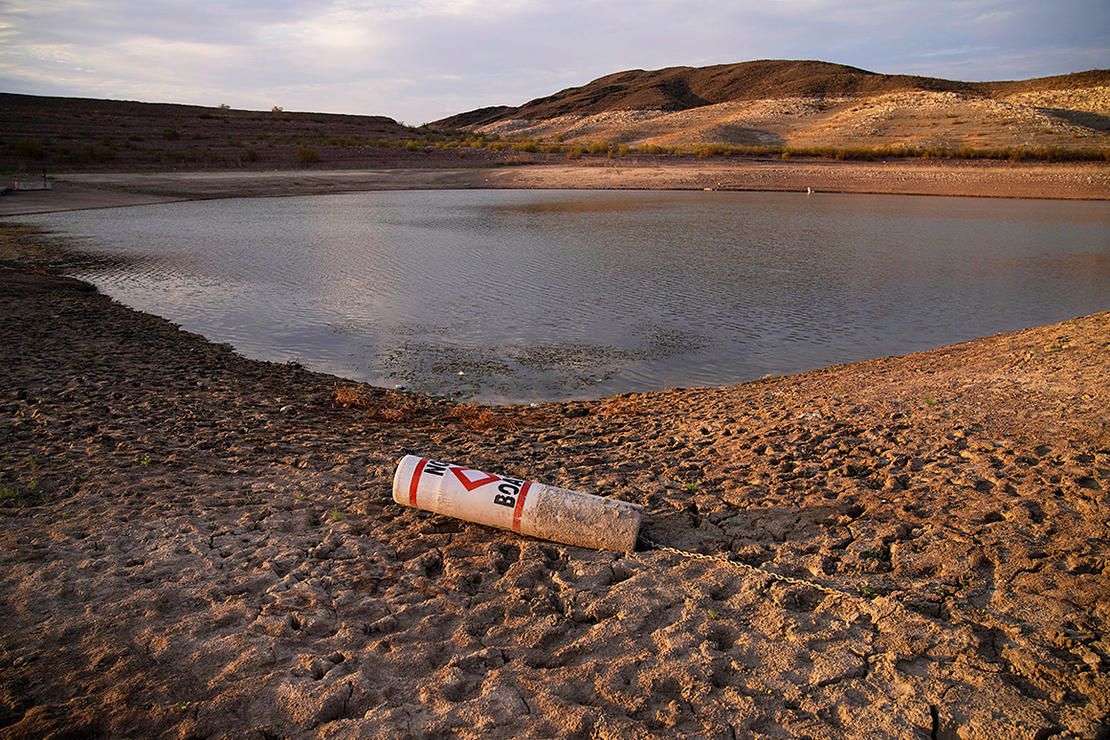 A buoy rests on the ground at a closed boat ramp on Lake Mead at the Lake Mead National Recreation Area near Boulder City, Nev., on Aug. 13, 2021. The Colorado River Basin has been in a drought period since 2000. John Locher/AP Photo

As the Colorado River Compact approaches its 100th anniversary this November, the document is showing its age — from the lack of diversity in its authorship to its overestimation of waters available — but observers agree that it’s unlikely to get a modern-day facelift.

That’s because for all of its missteps, the compact — known as the cornerstone of the “Law of the River,” the various agreements that dictate how the water is managed between seven basin states and Mexico — would be nearly impossible to rework at this point.

“If we look at the compact today and ask ourselves, ‘Was it equitable given 2022 values?’ No, it wasn’t,” former Interior Assistant Secretary for Water and Science Anne Castle said last week at the University of Utah’s Wallace Stegner Center annual symposium. “But a part of the reason I say that I wouldn’t suggest a renegotiation is because I don’t think it’s politically possible.”

That’s because the original document required not only Congress, but state legislatures and governors to engage as well, explained Castle, now at the University of Colorado Law School.

Acting Bureau of Reclamation Commissioner David Palumbo echoed those remarks on Friday, when he gave the event’s keynote speech: “From a practical matter, this is not likely achievable, with perhaps the insurmountable obstacle of congressional ratification,” he said.

Still, Palumbo acknowledged the idea of revising a compact initially coordinated by then-Commerce Secretary Herbert Hoover is an appealing one.

“Please don’t get me wrong: I often daydream about a redo in many places across the West and the ability to incorporate what we know today, what we value today and what we believe the future to be,” Palumbo said. “While we do not have a readily accessible reset button, we do have other options.”

Both Palumbo and Castle pointed to other pacts that govern the Colorado River, including looming negotiations as both the current operating plan and a drought contingency plan are set to expire in 2026.

“I don’t think that means you give up at all, incorporating those evolved and changed values,” Castle said. “I think we can do that. I think that’s what’s happening right now.”

Throughout the seminar, Castle and others pointed to issues not included in the original compact, such as access to clean drinking water for tribal nations, as well as environmental and conservation concerns not raised in the 1922 document.

Reclamation expects to begin its work on the basin’s post-2025 operating plan next month, when it will issue a pre-scoping notice to stakeholders in the Federal Register.

“We want a thoughtful and comprehensive [National Environmental Policy Act] process that addresses the varied perspectives on how to manage the basin,” Palumbo said. “Future management will need to be equitable, flexible, nimble, adaptive, be based on plausible future supplies and fundamentally rooted in [the] best available science.”

One acre-foot of water is equivalent to about 326,000 gallons.

“The compact’s purpose was to provide for an equitable apportionment of the use: That’s the beneficial consumptive use between two basins. It didn’t do anything among the seven states; it didn’t address the tribes; it didn’t address our nonconsumptive uses except power,” Kuhn said. “Is it still an equitable division? And my answer is ‘blank, no.'”

Kuhn went on to argue that the compact’s flow obligations are “fundamentally incompatible with the deep uncertainty and the diminishing natural flows we have in the river.”

Despite the seemingly insurmountable odds of overhauling the century-old compact, however, former University of Utah S.J. Quinney College of Law Dean Robert Adler said he sees a path to do so.

Based on the idea of the “rights of nature,” a movement that aims to grant legal personhood status to rivers, lakes and other ecosystems, Adler proposed a series of updates to the existing compact.

“My basic premise is that unless we change the law of the river to more fundamentally recognize it as a natural ecosystem, we will not be able to restore its natural values,” said Adler, a leading authority on water law.

He later added: “The law has not evolved sufficiently to reflect our new collective understanding of the value of the Colorado River and its ecosystem as living entities.”

In particular, Adler called for adding language to the compact to put conservation goals on equal footing with use, as well as other additions to include wildlife and the environment.

One addition, for example, would update language calling for the “storage of” river water, to the “conservation and storage of its waters.”

“We could expand the definition of ‘beneficial use’ in the compact to include restoration and maintenance of fish and wildlife habitat, giving those uses the legal imprimatur and the legal status that they deserve,” he said.