CERAWeek returns: What to watch with DOE, oil, clean energy 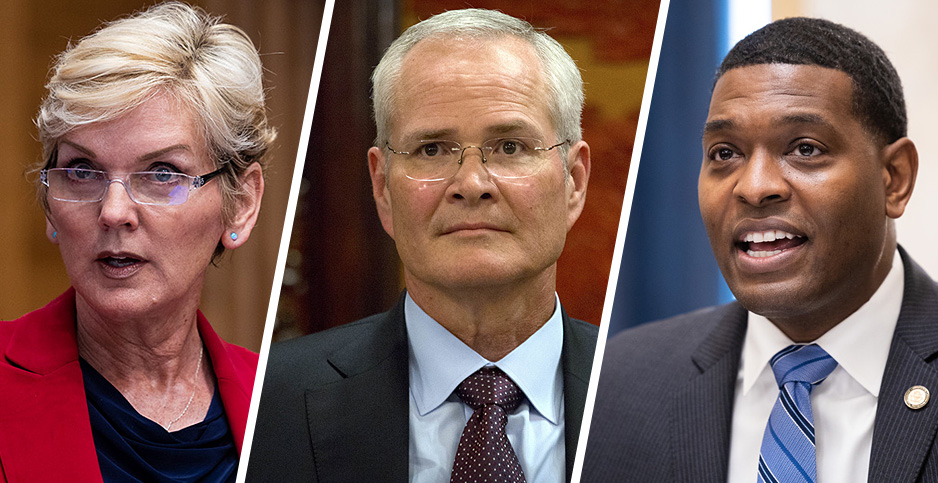 The oil and gas industry’s leaders are returning to a high-profile conference this week for the first time since 2019 as the Russian invasion of Ukraine drives up prices and disrupts the flow of fuel.

CERAWeek by S&P Global, an annual gathering in Houston that brings in government leaders and the CEOs of the largest oil companies, utilities and other industries, has sessions this week to discuss the war and its implications for oil and gas production.

The conference comes after two wrenching years for the oil industry. The price of oil plummeted in 2020 when the worldwide coronavirus outbreak touched off a recession.

Even as prices — and company profits — recovered in 2021, many of the oil industry’s biggest companies announced they planned to shift away from fossil fuels under pressure from investors to help reduce greenhouse gas emissions.

“Clearly, the energy transition in all its different forms is a major theme. Now, we’re going to see energy security as a major theme, as well,” said Daniel Yergin, vice chairman of S&P Global, the consulting firm that sponsors the conference.

Yergin has written a series of books on the oil industry’s history, starting with “The Prize: The Epic Quest for Oil, Money & Power,” which won a Pulitzer Prize in 1992. He founded Cambridge Energy Research Associates, which is now part of S&P Global.

CERAWeek frequently becomes a weeklong discussion of the energy industry’s key themes. In 2016, Arab oil ministers defended their decisions to lower the world’s oil prices even as their American counterparts were suffering a wave of bankruptcies (Energywire, Feb. 24, 2016). In 2018, companies across the spectrum fretted about the Trump administration’s trade war with China (Energywire, March 9, 2018).

After Russia’s invasion of Ukraine on Feb. 24, energy prices spiked as the United States and European nations imposed sanctions on Russian President Vladimir Putin’s regime and on the Russian business elites who support him.

The ongoing war and its impact on energy markets are likely to take center stage this week in Houston. Exxon Mobil Corp. CEO Darren Woods, whose company announced it was pulling out of its last oil and gas project in Russia, is scheduled to speak this morning. Chevron Corp. CEO Mike Wirth, whose company owns a stake in a cross-Russia pipeline, is on the schedule in the afternoon.

Carlos Pascual, a former U.S. ambassador to Ukraine who is now with S&P Global, also is scheduled to lead a panel discussion on world events today. Other experts include Dan Russell, the CEO of the U.S.-Russia Business Council, and Angela Stent, the author of “Putin’s World: Russia Against the West and With the Rest.”

John Kerry, the U.S. climate envoy, will open the conference this morning. Granholm will be a keynote speaker on Wednesday, and will have a series of meetings with her counterparts from Saudi Arabia and other countries. Regan appears Thursday.

Biden administration officials are expected to highlight the conference’s other track: the energy transition. The Energy Department, for instance, is in charge of more than $60 billion in federal grants that are aimed at developing cleaner forms of energy, including hydrogen and carbon capture technology, a senior administration official told reporters Friday.

The conference will also feature automakers like Scaringe and Ford CEO James Farley who will talk about the electrification of the vehicle fleet. The head of one of the biggest U.S. copper producers, Freeport-McMoRan CEO Richard Adkerson, is expected to discuss the supply of metals that are vital to the shift to electrification.

“I think if you’re looking at the future of energy … it’s not only big oil now; it’s big shovels,” Yergin said. “It is going to be more of a mixed energy system than in the past. I think for many in the oil and gas industry, they want to understand about lithium, copper and where to invest in it. I’ve never seen the oil and gas industry have such a focus on innovation as they have today.”