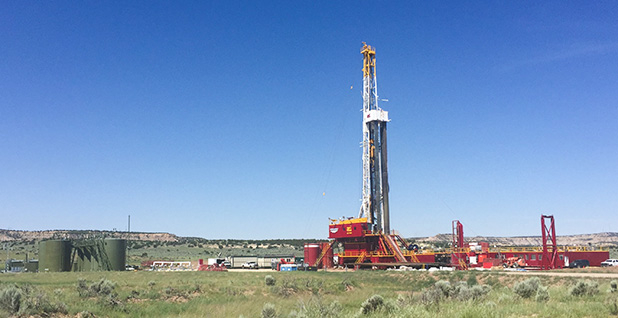 Environmentalists were shocked and dismayed this week after a federal court rejected their claims against oil and gas development near Chaco Canyon, N.M., just weeks after the judge partially sided with them.

"We were stunned," said Jeremy Nichols, director of the climate and energy program at WildEarth Guardians. "We’ve never seen anything like this happen before."

But just a few weeks earlier, Browning issued a short order that reached a different conclusion: that some of the BLM-approved wells did in fact violate the NHPA because the agency didn’t evaluate potential impacts to cultural sites.

Why the change of heart?

Browning addressed the issue briefly in this week’s opinion, writing in a footnote that he reviewed more documents that supported BLM’s analysis of the oil and gas wells at issue.

He noted that his previous conclusion was based on reports that did not explain why BLM concluded certain oil and gas wells would not affect nearby historical sites but that a review of additional reports showed further detail of the agency’s decisionmaking process.

"The combined reports satisfy the documentation standards," he wrote.

The amended order took environmental lawyers by surprise. Several groups issued press statements after the March order celebrating the initial holding that BLM needed to beef up its NHPA analysis.

"We’re disappointed," Western Environmental Law Center attorney Kyle Tisdel said last night. "In particular, the court’s preview order last month indicated that it was at least taking the NHPA claims seriously and obviously indicated that it was ruling in our favor on that. We’re certainly disappointed that the court has sort of flip-flopped on that earlier preview decision."

Nichols said he couldn’t make sense of the ruling in light of the March order.

"We’re confounded and obviously hugely disappointed," he said. "What changed? The judge says he reviewed additional materials, but he’s been reviewing this case for three years."

Groups involved in the case are Diné Citizens Against Ruining Our Environment, the San Juan Citizens Alliance, WildEarth Guardians and the Natural Resources Defense Council. They are represented in part by the Western Environmental Law Center (Energywire, July 13, 2015).

The environmental coalition is weighing whether to challenge Browning’s decision at the 10th U.S. Circuit Court of Appeals.

Encana Oil & Gas Inc., a major operator in the area and an intervenor in the litigation, declined to comment on the ruling.