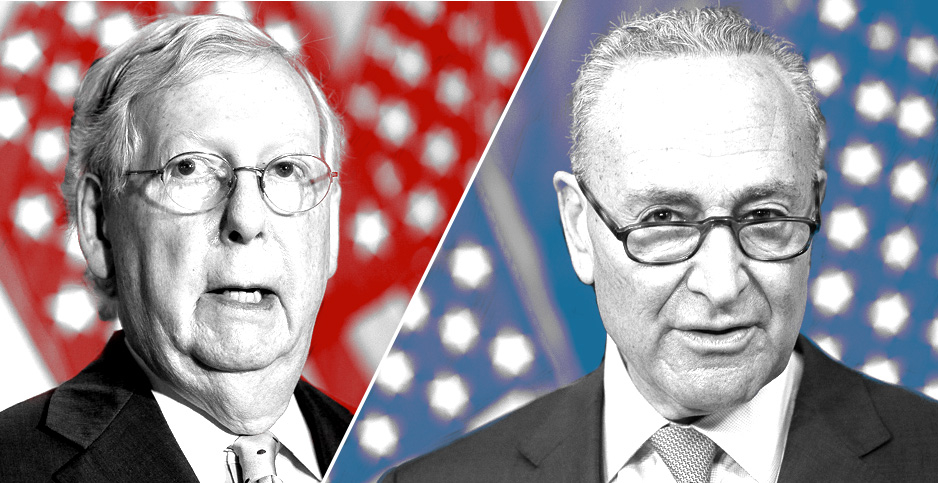 Control of the Senate remained up in the air this morning, with races in five states still undecided, creating uncertainty around Democrats’ plans to push an aggressive climate agenda if they won control of Congress and the White House.

The undecided races include Republican-held seats in Maine, Georgia, North Carolina and Alaska and a Democratic-held seat in Michigan.

Democrats ousted Republican senators in Colorado and Arizona, replacing them with moderates who have called for action on climate change but criticized the Green New Deal.

Republicans retained closely watched seats in Iowa, South Carolina and Montana, and as expected defeated a Democratic senator in Alabama, replacing him with a former college football coach who has been outspoken in denying climate change.

Both parties now control 47 Senate seats, according to projections by news organizations, with six seats undecided.

Control of the Senate may not be known until early January because two undecided races — both in Georgia — could head to runoff elections that would be held on Jan. 5. Georgia requires winning candidates to receive a majority of the vote in general elections. Leading candidates Raphael Warnock, a Democrat, and Republican Sen. Kelly Loeffler in the special election for Loeffler’s seat remain far from reaching that threshold. Incumbent Republican Sen. David Perdue had just narrowly reached that threshold this morning, leading Democrat Jon Ossoff 50.8% to 46.9% with 91% of the vote in.

Hickenlooper, a onetime geologist, was an outspoken critic of the Green New Deal, writing last year that it "sets us up for failure." He called for eliminating "tax breaks for Big Oil" and focusing on clean energy.

Kelly also criticized the Green New Deal, saying in a debate with McSally that "there’s a lot of stuff in there that has nothing to do with climate."

In Alabama, Democratic Sen. Doug Jones was unseated by Republican Tommy Tuberville, a former head football coach at Auburn University who told an Alabama newspaper last year: "There is one person that changes the climate in this country. That’s God, OK? We don’t have climate change here."

North Carolina Sen. Thom Tillis, a Republican climate change skeptic, declared victory early this morning, but his Democratic challenger, Cal Cunningham, did not concede. Tillis led Cunningham by 1.8 percentage points with 93% of the vote tallied this morning — a solid but not insurmountable lead.

In the House, Democrats maintained control even as several incumbents were unseated — including two in climate-ravaged South Florida.

The election results so far suggest a difficult path for climate legislation because the party split in the Senate is likely to remain narrow and the newly elected Democrats have taken moderate views.

"Those moderates, I think a lot of them are not going to want to be [vote] 51 on any sort of climate vote," said Sasha Mackler, director of the Energy Project at the Bipartisan Policy Center in Washington, D.C. Mackler envisions Congress possibly enacting a "climate-infused" economic recovery package that could appeal to moderates by promoting clean energy such as wind power, which is big in states such as Texas and Iowa.

Even if Republicans retain control of the Senate, Mackler said, "There is a possibility that we could see some climate-related legislation."

Before the polls closed yesterday, experts argued that a Republican-controlled Senate might allow for bipartisan legislation to limit emissions — perhaps including a clean energy standard or policies promoting carbon capture and storage. But experts also said that if Republicans retain the Senate and President Trump is reelected, that scenario could amount to a mandate for more environmental deregulation, not compromise.

"Without facing reelection, there’s no real telling which way a Trump administration could go," said Nick Loris, an economist who focuses on energy and environmental issues at the conservative Heritage Foundation.

With the help of a Republican Senate, Loris said, Trump could sign a bill that expands and extends Department of Energy spending and energy subsidies, either as part of a pandemic recovery bill or as part of a bill reauthorizing the federal Highway Trust Fund.

Jeff Holmstead, a climate lawyer at Bracewell LLP, said a divided government with Democrats in control of the House and White House and Republicans retaining the Senate majority could force the kind of negotiations that would lead to enduring climate policies — like, he said, a clean energy standard that accommodates technologies such as nuclear energy.

"I think there are a lot of utilities that would like to have some longer-term certainty," said Holmstead, who headed EPA’s air office during part of George W. Bush’s administration.

But if Democrats control both chambers of Congress and the White House, "they run the risk of what happened back in 2009, when they felt like it was their chance to get a once-in-a-lifetime deal, and I think they just pushed it too far to the left," Holmstead said, referring to the carbon cap-and-trade bill the House passed with only six Republican votes. The measure never received a vote in the Senate. "I think it would have benefited had there been more of a need to negotiate with Republicans."

Democrats and the environmental advocates were hoping the party would control both Congress and the White House. Biden and House and Senate Democrats offered three distinct, detailed and highly ambitious climate blueprints in the last few months for unprecedented financial investment matched with policies to zero out carbon by 2050.

"There’s so much momentum and synergy, and we’re really eager to see that translate into major transformative action on the climate crisis in advancing climate solutions and environmental justice early in 2021," said Tiernan Sittenfeld, senior vice president of government affairs at the League of Conservation Voters.

The organization spent $115 million this year backing Biden and Democratic congressional candidates, including Sara Gideon in her effort to unseat Sen. Susan Collins (R-Maine). The race was still undecided this morning, with Collins leading by 8.4 percentage points with 85% of the expected vote counted.

Collins’ strong record on the environment and climate had won her the support of the League of Conservation Voters in her races in 2008 and 2014. But the organization this year endorsed Gideon, who said that protecting the environment and fighting climate change "are some of the most pressing challenges we face."

Gideon said that in the Senate, she would prioritize "moving toward a completely clean and renewable energy system."

Collins, along with Sen. Joni Ernst (R-Iowa), who fended off an aggressive challenge yesterday from Democrat Theresa Greenfield, could be key players in climate legislation next year.

"If any Republicans survive a really tough challenge like Ernst and Collins, they’ll get through by a very narrow margin. Are they going to approach next two years being intransigent or open to a [climate] deal?" asked Duke University environmental politics professor Megan Mullin.

Two undecided races that had not generated much attention were in Michigan, where Democratic Sen. Gary Peters is facing a challenge from Republican John James, and Alaska, where Republican Sen. Dan Sullivan is running against Democrat Al Gross.