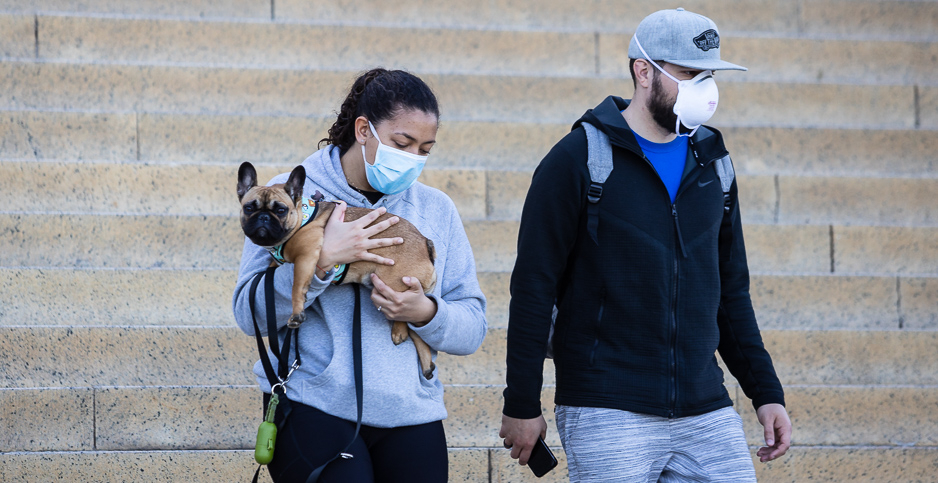 Face masks treated with a silver-based antimicrobial agent don’t pose any health risks, EPA said in regard to a debate in Tennessee and widespread use of facial coverings during the coronavirus pandemic.

At issue is Silvadur 930 Flex, which is registered as a pesticide with EPA and used in face masks the state of Tennessee was distributing for free. The state suspended distribution after a television news report raised health concerns about breathing through the masks.

Since those reports earlier this month, the masks’ manufacturer, Renfro Corp., has said the news account cited the wrong product, and EPA has said studies indicate they’re safe to use.

Chemicals meant to kill microorganisms aren’t unusual in face masks and other textiles, researchers say. Silver in particular is an effective antimicrobial agent, although it works against bacteria rather than viruses and helps reduce odors, for instance.

"EPA has evaluated Silvadur 930 Flex and determined that it is safe for use as a materials preservative in textiles or fabric," an EPA spokesman told E&E News in a statement. "Once Silvadur 930 Flex is incorporated or impregnated into the fabric, it is extremely unlikely that it would be inhaled; therefore, EPA considers inhalation exposures to be negligible and not of concern."

"Note that Silvadur 930 is used extensively in bandages and skin preparations and there are no risks of concern at low concentrations such as would be found in this fabric," the spokesman said.

In undiluted form, the chemical can irritate the nose and throat, have central nervous system effects and have "possible effects to the fetus," according to its material safety data sheet. NewsChannel5 in Nashville first reported on the issue, citing the data sheet.

Label instructions also describe benefits of Silvadur 930, which is made by DuPont, when used as directed.

"When incorporated into/onto materials during the manufacturing process it imparts antimicrobial activity and prevents the growth of bacteria, mold and mildew that may cause unpleasant odors, discoloration, or deterioration of the treated product," according to the label instructions.

Silver is a common antibacterial, said Paul Westerhoff, a professor in the School of Sustainable Engineering and the Built Environment at Arizona State University, who’s written on environmental impacts and effectiveness of silver and nanosilver in textiles. It’s used in toothpaste and medical equipment too, he said.

"Breathing is not going to release silver ions," Westerhoff told E&E News. "I’d wear a mask that has it. It’s better than not wearing a mask."

The reports raised alarm at Beyond Pesticides, a nonprofit that advocates for less pesticide use.

"Impregnating any consumer fabric with potentially hazardous antimicrobials is an unnecessary measure," Beyond Pesticides said in a blog post on its website. "However, the pesticide industry has long played on consumers’ fears of bacteria in order to find new markets for its risky products."

The group’s executive director, Jay Feldman, told E&E News that Beyond Pesticides will continue to research the issue given antimicrobials’ use in various face masks.

"We have been working tirelessly to correct the record and assure the public that the face masks that the State of Tennessee is providing as a service to its citizens are safe," the company said in a news release. "The Company has confidence in its face masks which utilize a silver technology commonly used in many consumer products, including cloth face masks."