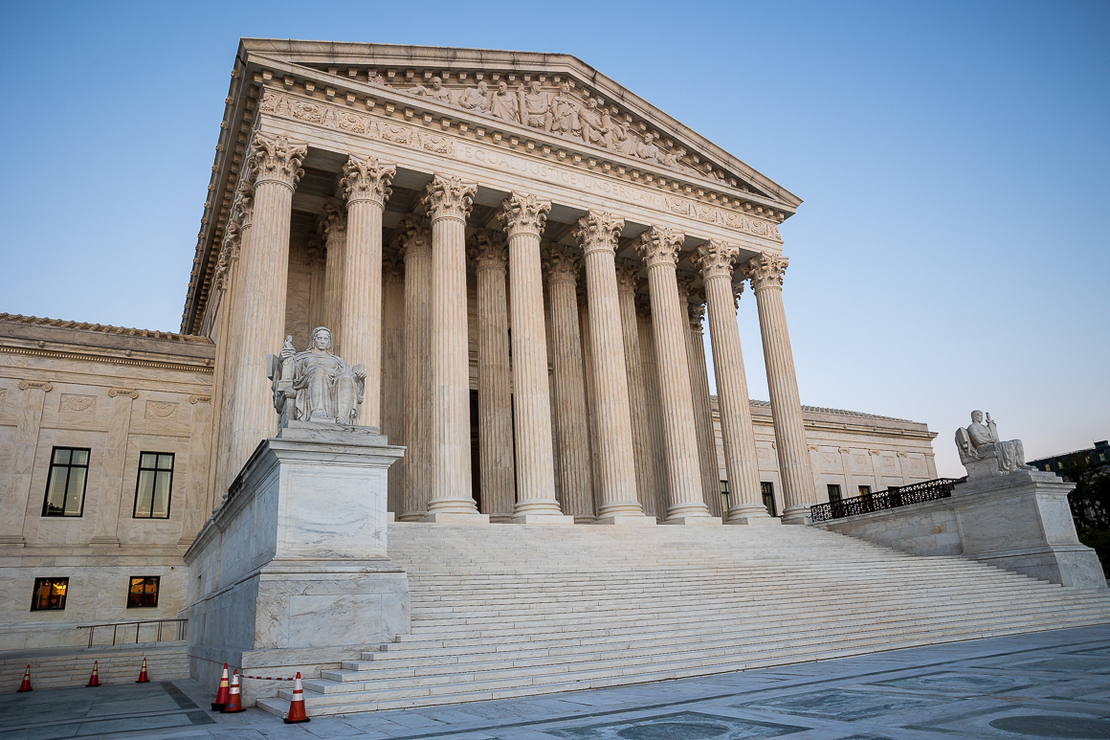 The Supreme Court avoided a major overhaul to regulatory law in its ruling this morning in a complicated Medicare case.

In a unanimous opinion led by Justice Brett Kavanaugh, the court struck down a 2018 Department of Health and Human Services rule that reduced Medicare reimbursements for prescription drugs for hospitals serving low-income communities — but did so without overturning or even mentioning Chevron doctrine, a key principle in environmental law.

Opponents of Chevron had asked the court to use the Medicare case as a vehicle to reverse the doctrine and appeared to hope that the six-justice conservative wing would find the votes to do so.

“I suspect that the justices are not eager to invite more criticism that they are an activist court, so they will continue to duck that issue when it is not necessary to decide it,” said Robert Percival, director of the environmental law program at the University of Maryland.

In the coming weeks, the Supreme Court — which saw its conservative majority grow from 5-4 to 6-3 during the Trump administration — is expected to issue controversial rulings on hot-button topics including abortion rights, gun safety and climate change.

On its face, the Medicare case was about an HHS rule that slashed drug discounts by about $1.6 billion annually for a group of hospitals without collecting data on drug acquisition costs, as required by statute.

When the case came before the U.S. Court of Appeals for the District of Columbia Circuit, the majority applied Chevron deference to determine that the regulation was reasonable.

Kavanaugh noted in his decision today that the Supreme Court had used “the traditional tools of statutory interpretation” to come to the opposite conclusion.

After the Supreme Court agreed to review the D.C. Circuit ruling, the property rights-focused Pacific Legal Foundation submitted an amicus brief urging the justices to use the case as an opportunity to topple precedent set by the 1984 case Chevron v. Natural Resources Defense Council, which said courts should defer to agencies’ reasonable interpretation of ambiguous statutes.

During oral argument last year in the Medicare case, only three of the Supreme Court’s conservative justices appeared interested in accepting the invitation to overturn Chevron (Greenwire, Nov. 30, 2021).

“While the Supreme Court’s unanimous decision is a victory for strict statutory construction, it’s disappointing that the Supreme Court did not address the elephant in the room of Chevron deference,” Pacific Legal Foundation attorney Daniel Ortner wrote in an email.

“Deference leads agencies to abuse their power as HHS did here and encourages courts to defer to their interpretations,” he continued. “So long as deference persists, ordinary citizens will continue to be deprived of their liberty and an opportunity for an impartial chance at justice.”

Conservatives have long been interested in reining in Chevron deference, an effort that would tie the hands of agencies like EPA to interpret statutes like the Clean Air Act.

But legal observers have said that the Supreme Court may not have to explicitly strike down Chevron: The doctrine is already falling out of favor among parties that might try to invoke it to defend aggressive environmental regulations because they know conservative judges and justices are unlikely to be sympathetic to their claims.

“Chevron has become fairly irrelevant in the Supreme Court because of the conservative justices’ well-known antipathy towards it, which makes it unnecessary for the court to overrule it expressly,” said Percival of the University of Maryland.

“Note that although the question presented raised Chevron’s applicability, the opinion makes no mention of Chevron,” he wrote. “This is further evidence the Court is more likely to let Chevron fade away than it is to directly overrule it.”