Chief of staff amassed clients during year away 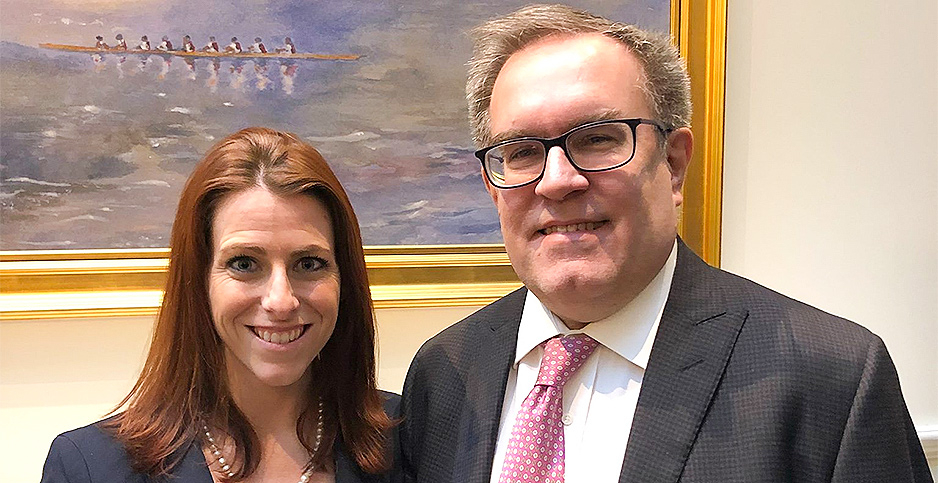 EPA Chief of Staff Mandy Gunasekara signed more than a half-dozen clients, including some who have pushed back against environmental rules and questioned climate change science, in her year away from the agency.

Gunasekara’s recusal statement, obtained by E&E News under the Freedom of Information Act, lists eight former clients, including the CO2 Coalition, which espouses rising carbon dioxide levels, and the Independent Women’s Forum, a conservative women’s nonprofit group that supports policies to "reduce government red tape," according to its website.

She listed the latter in written testimony, saying she was a visiting fellow for the group, when she was a witness at a House Oversight and Reform Committee hearing in February focusing on EPA’s Mercury and Air Toxics Standards (E&E Daily, Feb. 7).

Several of Gunasekara’s other ex-clients are communications shops such as Adfero, Clout Public Affairs and DCI Group LLC, as well as Height Capital Markets LLC, a financial firm.

For her former employers, Gunasekara listed on her recusal statement herself and the Texas Public Policy Foundation, a conservative think tank where she was a senior fellow.

On the think tank’s behalf, she "drafted communications materials including blog posts, opinion pieces, and press responses" and "represented the organization on radio, podcasts and TV," according to her latest financial disclosure report.

Gunasekara also said in her recusal statement she understood that under President Trump’s ethics pledge, which she signed, she is barred from participating in "any particular matter" involving former employers and clients for two years from when she joined federal service — in other words, until March 15, 2022.

Her recusal statement did include the caveat that Gunasekara can participate in issues involving her former clients and employers if those matters have "general applicability" and meetings are open to all parties interested in attending.

Gunasekara returned to EPA in March as chief of staff for Administrator Andrew Wheeler (Greenwire, March 16).

Formerly majority counsel at the Senate Environment and Public Works Committee for then-Chairman Jim Inhofe (R-Okla.), she first joined the agency in 2017, later becoming principal deputy assistant administrator in the air office. During her first stint at EPA, Gunasekara played a role in several of the Trump administration’s biggest air and climate initiatives, including the president’s move to pull the United States out of the Paris Agreement and the Affordable Clean Energy rule.

She left EPA in February 2019 and founded the Energy 45 Fund. The Jackson, Miss.-based 501(c)(4) nonprofit group promoted the Trump administration’s energy policies. As head of the group, she was a frequent cable news guest and active on social media championing the president and attacking liberal proposals like the Green New Deal.

The Energy 45 Fund is also listed among Gunasekara’s former clients on her recusal statement.

Democrats have questioned who was funding the group and other entities she was associated with after she left EPA. Sen. Sheldon Whitehouse (D-R.I.) has said that since Gunasekara set up a "dark money operation" and didn’t disclose her donors, it would be impossible to tell if she was adhering to ethics rules at EPA.

"How could you possibly know if she is behaving in violation of her duty of impartiality without knowing who her big funders were through this time when she was in her hiatus from the EPA?" Whitehouse said at an EPW Committee hearing in March.

Gunasekara has defended her pro-Trump advocacy outside of EPA. She has also said she wouldn’t disclose the Energy 45 Fund’s donors. An agency spokesman said that wasn’t required under ethics rules.

"Ms. Gunasekara consulted with Agency ethics officials in preparing her recusal statement, and that information about a former client’s finances is not required to be disclosed in this recusal statement," EPA spokesman James Hewitt told E&E News.

A few weeks before she returned to EPA, Gunasekara signed a nonprofit status report on March 2 indicating the Energy 45 Fund does solicit donations. The group now seems defunct, saying "Thank you to all Energy45 Supporters!" on its website.

A nonprofit group by that name lists its principal office address in Meridian, Miss. Part of its purpose is "to improve water, sewer, and natural gas infrastructure in the Southeastern United States," according to its articles of incorporation filed in May last year.

Gunasekara’s financial disclosure report includes the group with its Meridian, Miss., location among her sources of compensation exceeding $5,000 in a year for "consulting services."

Gunasekara also said in her recusal statement that she understands she has a "cooling off period" of one year for Maggie’s List, a political action committee focused on electing conservative women to office.

She also said she is recused from matters that would have "a direct and predictable effect" on Blue Earth Fund LP.

"I have no knowledge of the interests held in this fund nor any ability to exercise control over them," she said in her recusal statement. Its value ranges between $15,000 and $50,000, according to her financial disclosure form.

In addition, Gunasekara said she would have EPA colleagues screen agency matters so as not to conflict with the entities listed in her recusal statement and pledged to update the document if "warranted by changed circumstances."