Children’s singer Raffi on his pivot to climate anthems 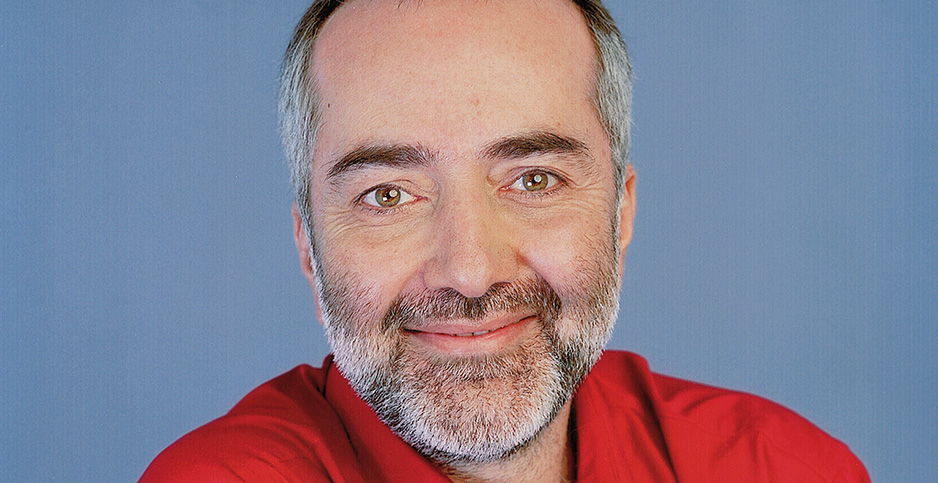 Raffi Cavoukian is arguably the most famous children’s singer in the world.

The beloved musician, who goes by "Raffi," burst onto the scene in the 1970s with hits like "Bananaphone," "Baby Beluga" and "The More We Get Together" that celebrated the joys of childhood.

Now, at 71 years old, Raffi still has an active (and aging) fan base. And he’s turning his attention to a more serious and urgent topic: climate change.

Last month, he released the song "Young People Marching" as a tribute to Greta Thunberg, the Swedish teenage climate activist. The song opens by sampling Thunberg’s speech to the United Nations, in which she declared: "There is no middle ground when it comes to the climate emergency." The accompanying music video features footage of young people participating in climate strikes around the world.

Raffi is part of a growing trend, as prominent musicians increasingly wrestle with fears of rising sea levels and other impacts of a warming world, from Grimes to the Grateful Dead (Climatewire, Aug. 23).

E&E News recently spoke with Raffi about his newfound focus on climate change, his longtime passion for helping children and his view that everyone needs to act like a "climate emergency responder."

Why did you decide to start singing about climate change?

Throughout my career, I’ve respected the child as a whole person and young children as whole people. Young children need Mother Earth to thrive. They depend on our biosphere for their very health and survival. So if you think about climate change as the most recent expression of the harm that the global economy has been doing to our biosphere and our ecosystem, then you can connect the dots between a concern for children’s well-being and a desire to speak out about climate change and the climate emergency that we’re now in.

So for you, combating climate change is fundamentally about protecting children?

Yes. For the last few years, I’ve had a foundation called the Raffi Foundation for Child Honouring. Child honoring is actually a philosophy that I developed. It came to me in a vision that woke me up from a sound sleep in 1997, and I’ve developed it ever since. There are nine child-honoring principles, and one of them is sustainability.

You know, it’s almost as though I’ve had two careers. I’ve had, of course, the songs for children that are fun to sing, but I’ve also had the decades of advocacy for young children and the universal needs that they have.

I’ve made many songs that celebrate the Earth, like "Big Beautiful Planet" in 1982 and "One Light, One Sun" in 1985. So all along, respecting Earth and children has been there in my music.

And in 2007, I wrote the song "Cool It" for the Canadian environmentalist David Suzuki, who was embarking on a Canadawide bus tour to bring attention to climate change. It was from David Suzuki way back in 1989 that I learned about global warming and the threat that it presented to our lives.

I grew up listening to your children’s songs, and my favorite was "Baby Beluga," which calls on people to protect the beluga whale. Does saving the whales now take a back seat to solving climate change?

These issues are not separate. We need to think of the plight of whales — and beluga whales as an endangered species — within the context of the climate emergency that we’re in. You can’t really separate these things.

What have your fans made of your transition to more political subject matter?

There’s nothing political about doing our best to ensure that our children have a viable future. That’s just, you know, a human way to respond to a challenge. So I’ve had good vibes and positive feedback on these newer songs. In general, my fans love the fact that I care so much about the world and that I put my whole heart and soul into my music.

Why did you decide to write the song "Young People Marching" as a tribute to Greta Thunberg?

I’ve seen the impact that Greta Thunberg has had and the millions of people that she’s inspired. And when she talked about how there’s no middle ground when it comes to the climate emergency, I said to myself, "That needs to be enshrined in a song in our memory because she is speaking the truth."

I consider Greta to have the moral voice of our times, rousing the young of our species to march to protect their futures. She’s a remarkable speaker and tells the truth. She speaks truth to power. It’s both very inspiring and sad at the same time. It’s sad that it has come to this, you know? But here we are.

In the song, you encourage young people to push back against "decades of lies, decades of denial." What is that a reference to?

We’ve learned that way back in the 1970s and the 1980s, the oil and gas industry knew about global warming. Specifically, [Exxon Mobil Corp.] knew about it. Scientists told them that global warming was a major threat to human futures. And despite knowing the science, the corporation decided to obstruct that learning becoming public. They spent millions of dollars on creating a fake debate about climate science.

After reading about this in Bill McKibben’s recent book "Falter," I thought it belonged in the song because that’s what created this climate emergency that we’re in. If this corporation had made that knowledge public back then and had taken a responsible position, then perhaps we wouldn’t be in this emergency. But here we are, and they need to be called out for it.

The song has an upbeat and rousing melody. Why is that?

I wrote it in a rousing style so that you feel emboldened when you hear it. And, you know, there are other styles with which we can write about the climate emergency, but I like to do it in such a way that inspires people.

Why do you support the Green New Deal?

I think we need it yesterday. It’s the kind of bold, systemic change that this situation requires. It also has a wonderful climate justice aspect so that nobody’s getting left out in the cold in this transition, ’cause we’ll have to take care of fossil fuel workers who will be displaced when we transition to a clean energy economy.

You’ve said that people need to act like "climate emergency responders." What do you mean by that?

We talk about first responders when there are emergencies. Well, there’s a climate emergency, and we each need to be responding to it. As Greta Thunberg says, "Our house is on fire." You wouldn’t respond to your house being on fire in 10 years; you would respond right away. And that’s the point. We need to transition our destructive economy to a life-affirming, low-carbon, clean energy economy. And we need to make that transition ASAP. That’s what the moment requires of us.

What’s one fun fact that a lot of people don’t know about you?

Oh, I have a wonderful dog named Luna. She’s 3 years old, and she’s a border collie and poodle blend. And actually, my last children’s album was called "Dog on the Floor," and you’ll see Luna and me on the cover.