China’s plan: Beat America (and everyone else) 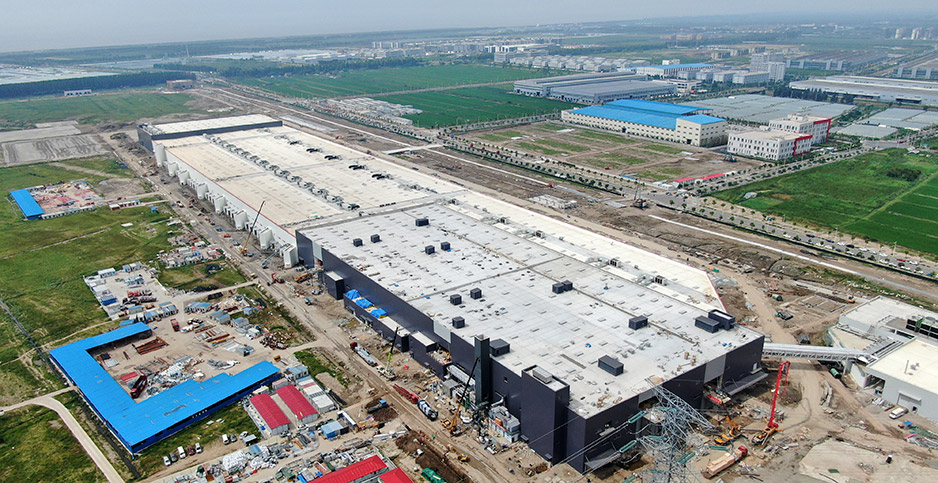 China encouraged Tesla Inc. to build a Gigafactory near Shanghai. The facility went from permits to completion in about six months and is expected to begin producing up to 1,000 cars a week before year’s end. Sipa Asia/Sipa USA/Newscom

When it comes to electric vehicles, no nation has matched China’s audacious plan. It wants to beat the world.

China’s emerging leadership has been the subject of recent studies. One of them, released earlier this year by McKinsey & Co., the global consulting firm, revealed how China has normalized the use of electric cars while it remains a curiosity in much of the world.

McKinsey’s research included a poll that found between 10% and 30% of Americans say their next car will be electric. Europe’s share of "leaners" toward EVs ranged from 40% to 60%.

Then there was China, where 70% of respondents expected to be driving an EV sometime soon.

A second study, this time by Columbia University’s Center on Global Energy Policy, found another contrast. It said the Trump administration has played a "minor role" in developing charging stations and other infrastructure needed to encourage the use of EVs. It singled out China as having the most aggressive EV policy in the world. It has the biggest EV fleet and is building the charging stations needed to support it.

Last year, Chinese automakers sold 1.25 million EVs. That’s a 62% increase over the previous year. Moreover, there were 808,000 EV chargers in China, including 330,000 public charging stations. That compares to about a half-million in the United States, where roughly 80% are in private homes.

China has taken the financial and political lead in promoting EVs to help reduce greenhouse gas emissions, to combat major problems with air pollution in its cities and to reduce the nation’s dependence on imported oil. China is not likely to relinquish its lead anytime soon, said David Sandalow, an author of the Columbia study.

"Given the scale of China’s investment in this sector, the potential for dramatic innovations that would make a difference in world markets is very, very high," Sandalow said in an interview.

A former acting undersecretary for the U.S. Department of Energy during the Obama administration, Sandalow said the United States and China are operating independently of each other to develop EV technology. They could learn more from each other, he thinks, as the world begins a major transition toward electric mobility.

His report notes that development is still in its early stages and the problems it faces are not unlike the introduction of the gasoline car along with the needed supply of retail gas stations that began in the United States with Henry Ford in the early 1900s. Everything about supporting EVs is new.

China’s central government began subsidizing the introduction of EVs in 2009, according to the Columbia report, luring many companies into making them, "including some with no car manufacturing experience." Reports of incompetence and fraud prompted a revision of the policy in early 2018, putting more emphasis on increasing the range and performance of cars.

Government mandates requiring the number of public charging stations to match the growing fuel demands for the emerging EV market have led to "economic waste," according to the report, with EV chargers being built in "inconvenient or inaccessible locations."

Finding good locations for the charging stations is difficult because Chinese cities are very crowded, land prices are high, and many Chinese live in apartments and don’t have regular parking places for home charging. Chinese companies involved in setting up the charging stations asked for help from real estate companies, but land prices remain high, and the result was often "lots of thunder, not much rain," the report notes.

One result, which visitors to China sometimes see, is called the "fly-line" problem: long extension cords dangling several stories down from apartment building windows to recharge cars parked on the street somewhere nearby.

In 2014, China’s president, Xi Jinping, threw the process of EV development into overdrive, asserting that Chinese companies had the opportunity to leapfrog other global EV manufacturers. He created more subsidies and set EV car quotas for automakers and encouraged foreign car manufacturers to share technology with China’s EV companies.

China’s state-owned utilities developed a network of charging stations along major highways. City governments pitched in to create more benefits, some of which became as vital for Chinese drivers as charging.

They included exemptions from license plate restrictions. Sometimes, according to the Columbia report, Chinese drivers must wait years to license a conventional vehicle. In some cases, plates can cost the equivalent of over $12,000, and in others, drivers can only obtain them through a lottery system.

But EV plates are often free. Having them allows EV drivers access to restricted traffic zones in Beijing and other major cities, measures designed to reduce congestion. By 2017, carmakers were receiving quotas from the national government that required 10% to 12% of their fleets to be EVs.

David Reichmuth, a senior engineer specializing in electric cars for the Union of Concerned Scientists, said he is convinced that part of China’s continuing drive for EVs is to reduce greenhouse gas emissions that warm up the climate.

"China shows how quickly you can move," he explained. But that means China will also have to move to clean up its electric power grid, which still relies heavily on coal to generate electricity.

He estimates that in the United States, the average EV driver can get the emissions-reduction equivalent of a car that gets 80 mpg of gasoline. Electricity comes from a mix of different generation sources, but utilities in many states are making a substantial amount of electricity from wind turbines and solar arrays. That can bring EV emissions per car closer to zero.

"It’s important to have these long-term goals," Reichmuth said. "But cleaning up power plants and transportation go together. Over the next 10 years, we have to see a sea change in what people are buying. We don’t really have time to dawdle here."

According to the U.S. Congressional Research Service, at least eight countries have set goals to phase out sales of new internal combustion vehicles by 2030, although none of them has taken binding legislative action. France and the United Kingdom have set similar goals for 2040.

Steven Murray, principal engineer at Exponent, a science and engineering consulting firm in Menlo Park, Calif., defends the "hurry up" approach to EVs. He’s certain that having more of them around will inspire more solutions to reduce greenhouse gas emissions.

Parking lots crammed with EVs in the future could be tapped for large amounts of clean energy to support power grids when they might otherwise have to turn to natural gas or other fossil fuels to prevent becoming overloaded or blacking out, he said.

The process is called "vehicle-to-grid," or V2G, and Murray estimates it will be an "enormous resource in the form of electric car batteries," each one of which has enough power to supply the average home for four or five days.

"That’s something about which we’re just hearing the first rumbles," Murray noted.

Sandalow of Columbia University thinks the United States and China will eventually help each other explore the benefits that come from large numbers of electric cars.

While conducting his research, he encountered a doubtful Chinese businessman who had the hard job of finding space for new charging stations in Chinese cities. The businessman complained: "Companies are just installing charging as a kind of land grab, even though they will lose money."

Promoting dialogue between Chinese and American companies working on EV problems, Sandalow thinks, could create more progress on each side.

For example, there is Scott Mercer, the founder and CEO of Volta Industries in San Francisco. His company has built a network of 900 EV charging stations to refuel electric cars and is in the process of adding 150 more.

Mercer discovered that some retail businesses like restaurants and supermarkets will provide free electricity to draw EV owners into their parking lots equipped with chargers. The machines will power up their cars for as much as 30 minutes while motorists shop or eat in their stores.

"So as long as you can actually deliver these people — which our business has historically been very successful at doing — property owners are quite receptive to you," explained Mercer.

"Providing a few dollars for free electricity will create hundreds of dollars of retail spending," he said.