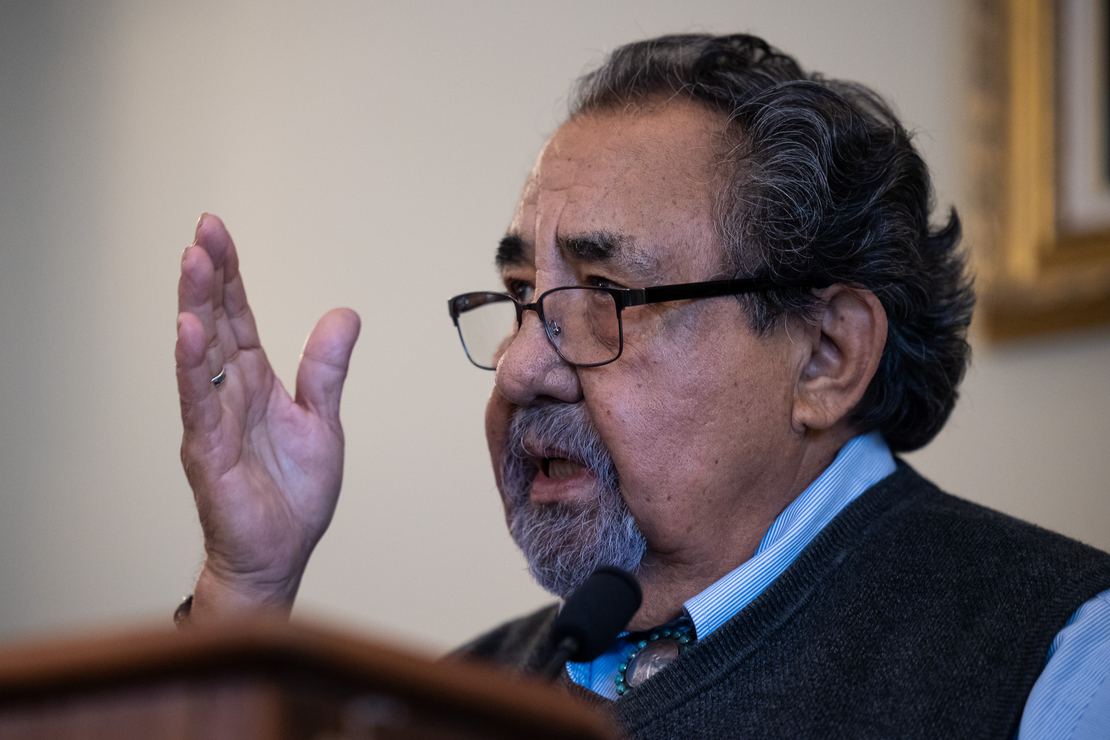 The bills, both titled the “Clean Energy Minerals Reform Act,” would fundamentally alter how U.S. mining companies are able to produce minerals on federal lands, according to fact sheets explaining the measures provided to E&E News.

Many experts say President Joe Biden’s climate goals will require hard choices, including more mineral production at home and abroad, in order to build a future economy with lower carbon emissions. Currently, the U.S. is entirely reliant on other countries to supply certain metals crucial to making batteries for electric cars — like graphite and cobalt — which the Pentagon views as significant to national security.

Caught in a Senate hallway today, Heinrich explained to E&E News how “the reality of needing additional minerals for the changing economy is a real one,” but that “the price of that should also be updating our rules and regulations to something that is not a 150-year-old framework.”

“You’re never going to get social acceptance for mines operating in people’s backyard if you’re not operating in a 21st-century manner,” Heinrich said. “I think this is the time to do all of that.”

According to a fact sheet provided by the Natural Resources Committee, Grijalva’s version of the “Clean Energy Minerals Reform Act” would establish a federal leasing system for mining, analogous to the program for oil, gas and coal companies that want to extract from public lands. Currently, mining companies can make mineral claims under which they can obtain indefinite rights to mineral real estate.

Grijalva’s bill would establish a 12.5 percent royalty on new mining operations and an 8 percent royalty on existing mines, according to the fact sheet. Currently, mines operating on federal lands pay no royalties to the government for mining on public property.

The bill would also set “strong environmental standards” under the mining law “for mining activities and long-term reclamation” of closed or abandoned mines, the fact sheet stated, and require the government to consult with Indigenous tribes prior to “permitting mining activities that will impact tribal communities.”

Heinrich’s bill has similarities to the Grijalva measure, according to a fact sheet provided by a spokesperson for his office, but a review of the fact sheets showed they carry substantial differences.

The Heinrich bill would require mining companies to pay a rate “not less than 5% and not greater than 8% based on the gross income” of mining production on federal land. This rate, however, “would not apply to mining operations already in commercial production or those with an approved plan of operations.”

Representatives for Grijalva and Heinrich could not be immediately reached for comment on the differences between the two measures.

More than 70 environmental, conservation and tribal rights organizations sent a letter to members of Congress supporting the mining law overhaul effort, according to the Natural Resources Committee.

Is it the right time?

The “clean energy transition cannot be built on dirty mining. The mistakes of the fossil fuel era must first be met with recycling, reuse and extending the life of products already in use,” Earthworks Policy Director Lauren Pagel said in a statement to E&E News.

However, it is unclear whether the progressive environmentalist push for mining reform will catch on with moderate Democrats looking at slim margins for error in either chamber of Congress. Last year, one senator facing reelection this fall — Sen. Catherine Cortez Masto (D-Nev.) — killed language in the Democrats’ defunct climate and social spending package that would have created a federal royalty for hardrock mining (E&E Daily, Jan. 5).

In an interview this morning before the announcement was made, NMA’s executive vice president and general counsel, Katie Sweeney, told E&E News the association is open to compromise legislation that would enshrine a royalty more favorable to the slim margins under which mining companies primarily operate.

The association has had conversations with the Biden administration and “leadership of both parties on compromises” related to the mining law, Sweeney said.

However, as Sweeney put it, now “is definitely not the right time” to overhaul the law given some of the Biden administration’s priorities on climate change.

Upending existing mining laws, Sweeney said, would be “wildly counterproductive to reshoring our essential supply chains, reducing our mineral import reliance and, really, building the materials industrial base to underpin so many of this administration’s objectives, including the energy transition and the EV revolution.”