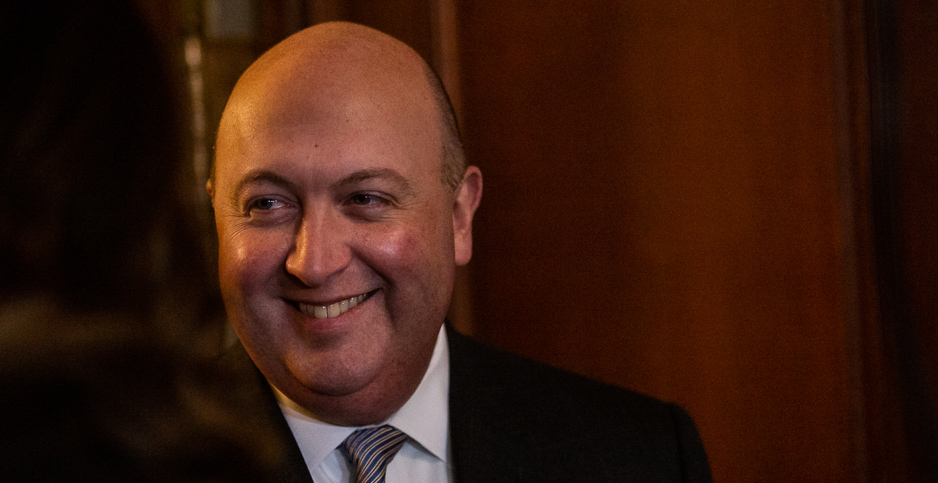 Tempers have cooled in the dispute between EPA and its internal watchdog over Chief of Staff Ryan Jackson.

Charles Sheehan, then the acting EPA inspector general, updated lawmakers in a letter obtained by E&E News on "the particularly serious or flagrant problem" with Jackson’s lack of cooperation with various investigations by the IG’s office that triggered a rare "Seven Day Letter" warning agency leadership.

"I write now to provide you with information about how the two refusals prompting the Seven-Day Letter were resolved," Sheehan said in the Jan. 16 letter to House and Senate committee leaders.

Jackson declined to sit for an interview with the inspector general’s agents as part of an investigation. Yet after the Seven Day Letter, sent in late October last year, the chief of staff "reengaged" with the watchdog office, Sheehan said.

After a month of discussions to set conditions, Jackson did sit for the interview on Dec. 18 last year.

"We have no need for an additional interview and now consider the COS’s cooperation with regard to the investigation to be complete — although far from fulfilling the IG Act’s requirement of ‘timely’ cooperation," Sheehan said.

EPA counsel was not present during Jackson’s interview, and he wasn’t given advance notice of the IG office agents’ questions, which were two of the chief of staff’s requested conditions, Sheehan said.

Some of Jackson’s requests were accommodated, as he did know the names of those agents as well as "the general nature of the matter we were investigating and about which he would be questioned," according to a footnote in Sheehan’s letter.

Asked why he did the interview, Jackson told E&E News, "Just to be candid with you, I just wanted it to be over with."

That investigation, however, is not finished yet.

The other matter involving Jackson was an EPA inspector general audit into whether he interfered with testimony by Deborah Swackhamer, then-chairwoman of EPA’s Board of Scientific Counselors, more than two years ago. The board then had grabbed media attention after EPA did not renew the terms of some of its members.

Jackson received an advance copy of Swackhamer’s testimony. He wouldn’t disclose to IG staff who sent him that testimony.

"As to the audit, the COS ultimately did not answer the auditors’ question as to who provided him with a copy of the embargoed testimony," Sheehan said in his letter. He noted that the IG office has now issued its report on the matter.

Jackson did email Swackhamer with information about her testimony before Congress. The EPA chief of staff noted to E&E News that he reached out to her because she would not call him.

Emails released by EPA’s inspector general with its Seven Day Letter show how talks between the watchdog office and Jackson grew tense at times. "Welcome to Washington," the chief of staff said in one.

Jackson said he wanted to "memoralize" that he had already met with IG staff to discuss the Swackhamer concerns, which he believed had been misrepresented to Associate Deputy Administrator Doug Benevento.

"I’m sorry that you didn’t hear the whole story. ‘Welcome to Washington, D.C.,’ implying where no one ever hears the whole story because that’s how this place works," Jackson said. "I mean, I thought it was a funny thing to say."

Sheehan is no longer acting IG at EPA. He returned to his prior position of deputy IG.

Sean O’Donnell was sworn in yesterday by Administrator Andrew Wheeler as the new EPA inspector general.

Some questions still linger from the dispute between EPA and its IG.

In its response to the Seven Day Letter, EPA produced legal advice seen by the agency’s watchdog as counter to the Inspector General Act. According to that advice, the IG cannot compel EPA staff to sit for interviews, and congressional testimony was out of the watchdog’s purview.

That was met with a blistering response by the IG.

"There is recklessness in such views. Should they take root, they convert the IG Act into a no man’s land whereby agency staff — under the borderless banner of ‘constitutional concerns’ — may create wholesale exemptions from providing information to the OIG," said one watchdog report, which was signed by Sheehan.

EPA has not retracted that legal advice and considers the Seven Day Letter episode now over.

The IG office, however, has not closed the book yet. Asked about both the Seven Day Letter and EPA’s legal advice, OIG spokeswoman Elbaum said, "Since EPA IG O’Donnell has just arrived, he plans on reviewing this issue shortly."

Asked how relations are now between EPA and its inspector general, Jackson said, "I don’t ever think it was bad.

"I talk to personnel in the IG’s office all the time on all kinds of different investigations," he said.