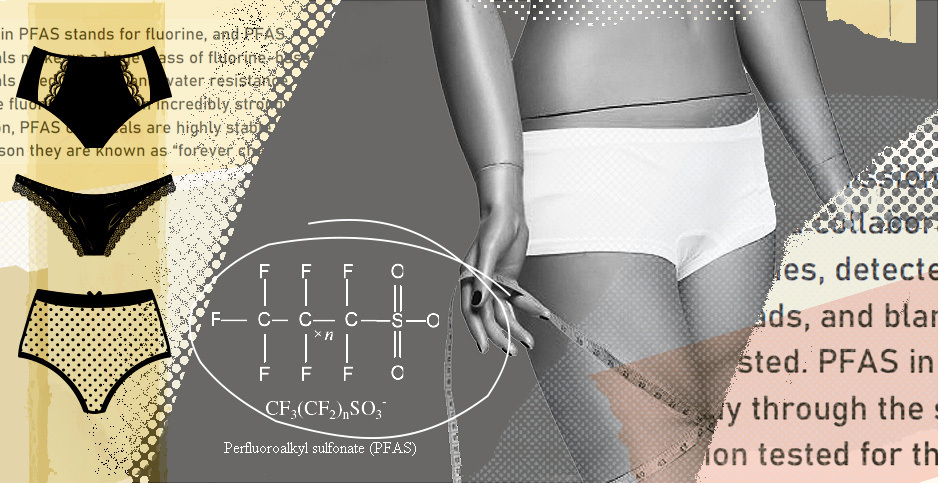 Destini Kanan wants the company behind a popular brand of period underwear to be on the hook for failing to disclose the risks its product allegedly poses to reproductive health.

Kanan is the lead challenger in a class-action complaint filed yesterday in the U.S. District Court for the Central District of California that claims Thinx Inc. should have notified customers about the presence of "forever chemicals" in its absorbent underwear.

"Had she been aware of the misrepresentations, she would have either not purchased the Thinx Underwear or paid substantially less for it," attorneys for Kanan wrote in the complaint.

In 2018, Kanan bought a pair of Thinx underwear, which are meant to be used as an alternative to pads and tampons or as an extra layer of protection from leaks from tampons or menstrual cups. According to the complaint, she relied on the company’s assurances that the underwear were a safe alternative to traditional period products.

Then she learned that the absorbent panties likely contained per- and polyfluoroalkyl substances, or PFAS, which have been linked to cancer and other health problems.

PFAS can be found in nonstick and stain-resistant products, and the class-action complaint claims that genital exposure to PFAS is particularly concerning because of the dearth of research about the permeability of the area.

Thinx CEO Maria Molland said she was "disappointed" to learn about the challenge.

"Health and product safety are the founding principles of Thinx, and we go to great lengths to ensure our products are safe for our consumers," Molland said in an emailed statement. "Our garments are tested through their entire lifecycle from sourcing to when they reach our customers, using all industry-accepted methods to guarantee safety. We plan to address the allegations of the lawsuit and want to assure our customers that their health and safety remain our absolute top priority."

The complaint follows an investigation by advice columnist Jessian Choy, who asked a University of Notre Dame researcher and professor to test a pair of her Thinx underwear after she received a question about menstrual safety from a reader of the Sierra Club’s magazine.

Graham Peaslee found that two pairs of Thinx contained more than 2,000 parts per million of fluorine, which he said was a good sign that the underwear contain PFAS. A competitor brand came up clean (Greenwire, Sept. 15).

"As a CEO, and mother to my three-year-old daughter, I’m personally committed to ensuring our products are designed and made to be safe for people and the planet," she said in a Feb. 6 statement included in the class-action complaint. "Our products undergo the strictest safety testing available, and it was the company’s deep and abiding commitment to safe and sustainable products that made me want to join the team."

Molland went on to say that Thinx had asked a toxicologist to run some tests and found the presence of fluoride — not fluorine — in the underwear, which she said does not indicate the presence of PFAS. She also said tests by the testing and certification firm Bureau Veritas confirmed that Thinx products contained "no detectable long-chain PFAS chemicals."

The class-action complaint noted that short-chain PFAS chemicals are used as an alternative to long-chain chemicals but may have similar toxicity.

"Defendant knew, or at minimum should have known, about the existence of PFAS chemicals in its products," attorneys for Kanan wrote. "Defendant’s patent for Thinx indicates that Thinx Underwear may be treated with ‘polyfluoroalkylacrylates,’ which could potentially shed short-chain PFAS over time and wear."

The complaint calls for a jury trial, a ruling against Thinx, and monetary compensation for Kanan and other aggrieved customers.