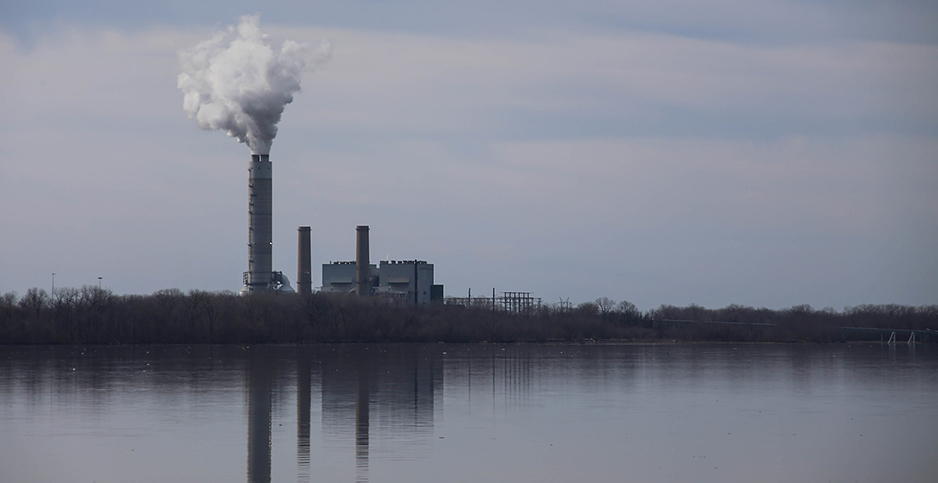 A three-judge panel for the U.S. Court of Appeals for the District of Columbia Circuit tossed out the Trump EPA’s Affordable Clean Energy rule and sent it back to the agency. The court found EPA had too narrowly interpreted its authority to regulate emissions.

The court not only gave the green light for President-elect Joe Biden to draft stronger power plant regulations, but also broadly affirmed EPA’s authority to craft climate regulations for a range of emissions sources.

"It’s a pretty strong endorsement of EPA’s authority, and indeed its responsibility to curb this pollution," Doniger said. "I can imagine this opinion will have a strong impact on the kinds of discussions about what it would be wise to do [at EPA]. It does a lot to reduce legal risk, in my opinion."

Legal experts expressed surprise and relief that the case didn’t follow the same fate as the initial litigation over President Obama’s Clean Power Plan. In that case, the D.C. Circuit also heard marathon arguments over the legality of the rule at the end of the Obama administration, but it never issued a decision in the case, since the Trump administration had planned to repeal and replace the rule.

Asked for a comment on yesterday’s court decision, Joseph Goffman, who played a key role in crafting the Clean Power Plan and is part of the EPA transition team for the incoming Biden administration, sent E&E News a link to a recording by the Royal Choral Society of the "Hallelujah" chorus from George Frideric Handel’s "Messiah."

"The court soundly rejected efforts by the outgoing President and his climate change deniers at the EPA to sabotage climate change policy by replacing the landmark Clean Power Plan with an illegal, do-nothing rule," the Democrat said in a statement. "We look forward to working with an Administration that believes in science, saving the environment, and protecting public health."

"It was not really unexpected, based on the panel and oral argument," he said.

The D.C. Circuit found that EPA had inaccurately interpreted the Clean Air Act when it argued that the Clean Air Act’s definition of the "best system of emission reduction" clearly didn’t include regulatory strategies like shifting electricity generation to renewable energy sources (Greenwire, Jan. 19).

The decision came after the judges heard about nine hours of oral arguments in October over both the decision to repeal the Clean Power Plan and the rationale for finalizing the ACE rule. A broad coalition of environmentalists, public health advocates, states led by Democrats and utilities had fought to overturn the climate rule rollback. The panel had questioned why EPA finalized a rule that set no emissions limits and was expected to do — at best — next to nothing to reduce greenhouse gas emissions from the power sector.

Judge Justin Walker, a Trump appointee, joined the other judges in part of the opinion but objected to the decision to uphold the agency’s authority to regulate greenhouse gas emissions from power plants under Section 111 of the Clean Air Act.

That dissent broke from the majority view on the D.C. Circuit during arguments over the Clean Power Plan a few years ago, in which the judges had largely rejected the argument regulating power plants under that part of the Clean Air Act, experts said.

EPA took that more challenging legal approach by arguing that the statute was unambiguous in supporting its position. The agency could have instead said it was using its discretion to interpret the law, said Jody Freeman, director of the Environmental & Energy Law Program at Harvard University.

Looking from the outside, it seemed like the best explanation for why Trump’s EPA took that position was so that it could block future administrations from "doing anything meaningful" on climate regulation, Freeman said.

"It seems like a deep ideological commitment but not the best legal strategy," she said.

Looming over any policy discussion is the risk of any rule being heard by the majority-conservative Supreme Court.

The court ruling is a "big victory" for the Biden administration, particularly compared with the position EPA would have been in if the court had upheld the legal interpretation behind the ACE rule, Freeman said.

"It means there is a lot more room to think about options; there isn’t just one pathway," Freeman said.

"I think what the administration is going to do is see how forward-leaning they want to be," she said. "Do they want to embrace generation shifting, and how much can they get done, at what legal risk?"

Michael Burger, executive director of Columbia University’s Sabin Center for Climate Change Law, cautioned that the ruling still doesn’t resolve all the legal questions that could arise in response to regulation from the Biden administration.

"But it certainly makes clear that the authority is there and that the obligation is mandatory," he said.

Future challenges could come back to the question of whether the rule raised the "major questions" doctrine, an issue that piqued Walker’s interest.

The major questions doctrine holds that courts don’t defer to agency interpretation of a statute for issues with "vast economic and political significance."

In this case, the court found that there were not major questions involved in the Clean Power Plan that would have made the rule illegal, "but the Supreme Court is not bound by that," Burger said.

"I think [Walker] did a good job of poking holes in the idea that this isn’t a major questions argument," said Bracewell’s Holmstead.

Still, any challenge to how EPA regulates greenhouse gas emissions from power plants is unlikely to make it to the Supreme Court for another three years or so, Holmstead said.

Red states and industry groups that supported the ACE rule may choose to appeal the D.C. Circuit decision to the Supreme Court, but the justices would be unlikely to take the case if EPA is no longer defending that rule.

That challenge will likely have to wait until Biden completes his own replacement rule, which would then face challenges at the D.C. Circuit before it could be heard before the high court, Holmstead said.

Lawmakers may also be able to help provide greater certainty by drafting legislation on power plant emissions, he added.

For now, it’s still too early to speculate about what approach the new Biden administration will take, said Ben Levitan, a senior attorney at the Environmental Defense Fund.

"After four years of the Trump administration trying to undermine EPA’s authority," he said, "this sends a really powerful signal that EPA’s core statutory authorities are vibrant and resilient."