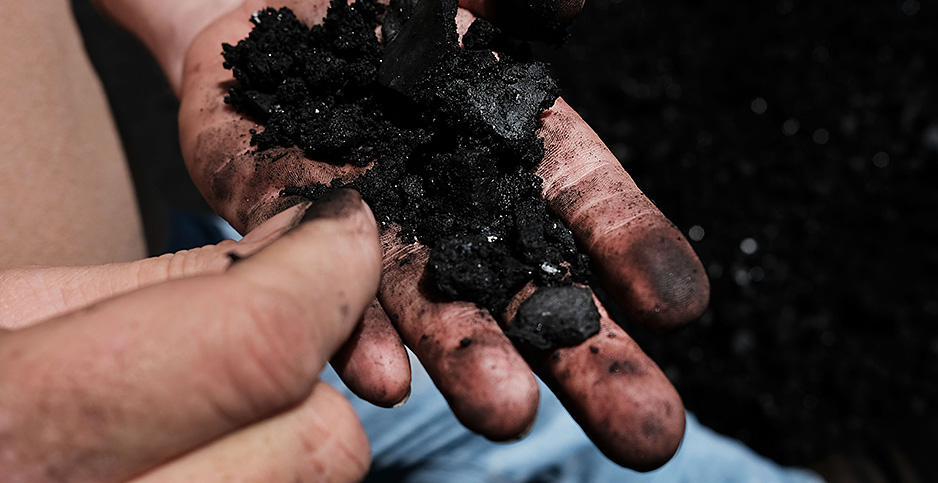 A push to keep natural gas out of a clean energy standard is raising questions about whether coal could benefit. Spencer Platt/Getty Images

The inclusion of natural gas in a potential clean electricity standard has emerged as a flashpoint in the national energy debate. But while some are calling for a mandate that excludes the fossil fuel, others warn that could lead to an unintended side effect: more coal.

Over 600 environmental and community groups that support 100% clean power sent a letter to congressional leaders last week, for example, criticizing the "Climate Leadership and Environmental Action for Our Nation’s (CLEAN) Future Act," H.R. 1512, a sweeping proposal from House Democrats that would achieve the target through a crediting system that includes natural gas (Energywire, May 13).

"Clean energy policy should not subsidize or prolong the lives of harmful energy sources. That includes fracked gas, biomass and nuclear," said Lukas Ross, program manager of Friends of the Earth, which signed the letter. "Gas is slightly more alarming because there’s so much more of it and it’s comparatively younger. So giving an excuse to keep these facilities online is an especially concerning policy for us."

For some economists, however, a CES policy that didn’t give natural gas some credit in the short term could keep more carbon-intensive coal plants online for longer than necessary.

Under a clean electricity standard like that outlined in the House bill, carbon-free resources such as wind and solar might receive a full clean energy "credit" for each megawatt-hour of electricity they produce. Natural gas, however, would receive a "partial" credit — something between one and zero per megawatt-hour of electricity. That credit could be phased out over time as more carbon-free resources came online and battery storage technologies improved.

"If it’s carbon you care about, then this addresses that," said James Stock, an economics professor at Harvard University. "Basically, it makes coal quite expensive because it has such a high carbon content and increases the price of natural gas, so natural gas isn’t going to be as desirable as coal."

The latter option would fail to achieve "robust decarbonization" by 2035 because it didn’t distinguish between gas and coal, according to the paper. Coal emits approximately twice as much carbon dioxide as natural gas.

"The 90% CES without partial crediting … achieves only 74%-76% emissions reduction when natural gas prices are high and demand is high, because coal is then economic and remains in the system," the paper said.

Other analyses have reached similar conclusions. Kevin Rennert, a fellow at Resources for the Future and former EPA staffer under the Obama administration, said his research has found that a 100% CES policy with partial crediting for gas would ensure that coal-fired power plants retired this decade. Absent partial crediting, coal could stay in the power system for longer, he said.

"[A partial credit] delivers really important air quality benefits in the near term that have clear benefits for human health aside from the effects on climate change," Rennert said.

Other analysts question the need for a partial credit for natural gas considering that the fuel is already abundant and inexpensive. Despite emitting less greenhouse gases than coal per unit, gas overtook coal in 2016 to become the biggest source of energy-related greenhouse gas emissions in the U.S., according to the U.S. Energy Information Administration.

While it’s "possible" partial gas crediting in a national clean electricity standard could eliminate coal faster, coal has already been declining in the power sector as it struggles to compete with cheaper gas and renewables, said Robbie Orvis, director of energy policy and design at the clean energy research firm Energy Innovation. The trade-off of such a crediting system is that it could incentivize the build-out of more gas plants, Orvis said.

"The risk you run by creating yet another incentive for natural gas is that we’re locking in the existence of those plants for 20 or 30 years," Orvis said. "That’s not compatible with the type of electricity sector decarbonization that President Biden has outlined."

An analysis commissioned by Friends of the Earth found that the "CLEAN Future Act" proposal could boost natural gas because of its partial crediting system, Ross said.

"It shows the standard failing if you attempt to basically just not touch gas for a decade, and then attempt to retire a bunch of it before 2035," he said.

Still, Rennert said that most clean electricity standard models that have been proposed are designed to make renewables much more competitive relative to all fossil fuels. In reality, a partial credit would have a similar impact on natural gas as a carbon tax would, in that natural gas would be less attractive than renewables under the policy but more attractive than coal, he said.

"Even though [gas] is relatively incentivized compared to coal, it’s quickly not in compliance with the standard itself," Rennert said. "That trajectory happens very fast if you’re getting to net-zero emissions by 2035, for example."

Regardless of its design, a clean electricity standard would face significant hurdles in Congress given Democrats’ razor-thin majority in the Senate. While some analysts have said that the standard could pass through the Senate’s budget reconciliation process, which would only require a simple majority, it’s still not clear whether West Virginia Sen. Joe Manchin, a moderate Democrat, would support it.

Because of those political hurdles, any standard that aimed for 100% carbon-free electricity by 2035 and 80% carbon-free power by 2030 — both of which the White House supports — would be a welcome development, Orvis said.

"Ultimately, what matters is that we get legislation in place that gets us on track to those targets and critically also includes protections in one way or another for historically disadvantaged communities," Orvis said.